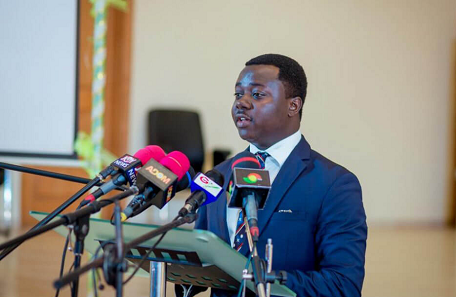 A Deputy Minister of Education, Mr John Ntim Fordjour, has indicated that government would speed up work on ongoing infrastructural facilities at the various senior high schools to absorb the next batch of students.

He stressed that the government was working tirelessly to address challenges relating to increasing access and inadequate infrastructure plaguing the free SHS programme.

“The government is hoping to further expand access to education greatly to enable more young men and women to access secondary education from all corners of our country,” he said.

He said government had inaugurated about 58 per cent of 2007 investment infrastructural projects, it had started in 722 SHS  across the country while the rest of the projects were progressing steadily

The minister stated this when he toured some of the centres of the ongoing 2021 West African Senior School Certificate Examination (WASSCE) in four SHSs in the Central Region to motivate the candidates writing the exams.

The minister, in his interactions with some heads of schools and supervisors, expressed satisfaction with the various WASSCE centres, describing them as serene enough for students to perform.

Addressing the issue of food shortages in some schools in the country, Mr Fordjour said all the public SHSs he had toured had adequate stock of food enough and assured parents to be calm because the schools had food.