The Satanic Verses, Fatwa after 34 years 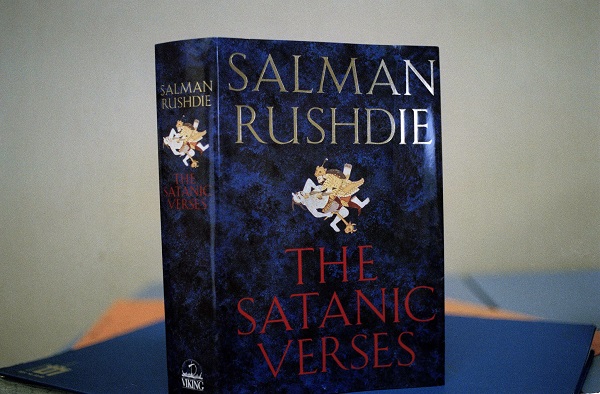 On August 12, 2022, author of the novel, The Satanic Verses, Ahmed Salman Rushdie, was stabbed several times during a public lecture in New York, United States.

A young Lebanese Muslim, who was at the Chautaugua Institution Hall, rushed on Ahmed Salma Rushdie, an Indian born British-American, and inflicted knife wounds on his neck, eye, arm and liver.

He was taken to a nearby medical facility and admitted for surgery.
At the time of writing, he was, reportedly, taken off a respirator and was able to speak a few words.

That was the climax of a chapter of the life story of Salman Rushdie, author of the highly controversial book, The Satanic Verses.
Publication of the book by Penguin-Vikings, in the United Kingdom in September 1988, sent Salman Rushdie into total hiding for 10 years.
Why? The book, according to Muslims, blasphemed Prophet Mohammed, founder of the Muslim religion and author of the Holy Koran.

In the novel, he, by innuendos, implied that Prophet Mohammed lived by lawlessness and was “no angel” with women.
Salman Rushdie claimed, in the novel, that Islamic religion approved of Sodomy in Islamic law.

The immediate reaction from the Organisation of Islamic Conference (OIC) was to condemn the book vehemently and to ask OIC member-countries to take a number of measures, including banning of the novel, blacklisting the publishers, withdrawal and destroying of the book and an appropriate apology from the author.
British Muslim leaders wrote to Ayatollah Khomeini, spiritual leader of the Islamic Republic of Iran, asking for instructions on what they should do to the book and its author.

In February, 1989, the Ayatollah issued a Fatwa, an edict pronouncing the death penalty on Salman Rushdie for blasphemy against the Muslim faith and Muslims.
Following the Fatwa, a diplomatic backlash unfolded.

The United Kingdom government asked Iranian diplomats in the UK to leave.
All members of the European Economic Community (EEC) condemned the Fatwa and broke diplomatic relations with Iran.
Violent demonstrations against the book in Islamic countries, including Nigeria, followed with a number of persons killed in India and Pakistan.

In Nigeria, about 300 Muslims in the north of that country demonstrated against the book and its author and called for the “death sentence” on Prof. Wole Soyinka, an African Nobel Prize winner, for his alleged support for Salman Rushdie.
Salman Rushdie later apologised to meet one of demands by the OIC but he failed to comply with the rest.

The Iranian government did not, therefore, accept the apology and did not withdraw the Fatwa.
So, the Fatwa remained and the Ayatollah, who issued it, died in 1989.
Ayatollah’s successor, Hashemi Rafsanjani, refused to revoke the Fatwa because in Islamic tradition, it is the issuer of a Fatwa that must cancel it.

With the death of the Ayatollah, the Fatwa has become irrevocable.
That was why some enthusiastic Muslims continued to pursue Salman Rushdie and others to fulfil the Fatwa.
In July, 1991, the Japanese translator of The Satanic Verses, Hitoshi Igarashie, was killed in Japan.

Ten days earlier, in July 1991, the Italian translator of the book, Ethove Capriolo, was seriously injured in an attack.
The Norwegian publisher of the book, William Nygaard, was in October 1993, shot three times in the back by an assailant in Oslo, Norway.
Turkish translator of the book, Aziz Nesin, was an assassination target when fire was set at Madimak Hotel in Sivas, Turkey, in July, 1993.
He escaped unhurt but the fire killed 37 persons.

In London, England, two Islamic officials, who questioned the correctness of the Fatwa, were killed.
It was reported in 2016, that the Iranian mass media had decided to increase the prize money for the fulfilment of the “Fatwa” that was $2.8 million, by $600,000.
It is worth noting that Salman Rushdie had been informed by the editorial advisor of the publishing company, before publication, that part of the book on Prophet Mohmmed could arouse Muslims to protest against it.

Who is Ahmed Salman Rushdie?
Salman Rushdie was a Muslim, born of Muslim parents in India in June 1947.
At the age of 13, his father, a wealthy Indian businessman, sent him to the UK to continue his education.
He attended Rugby School in Warwickshire and Cambridge University where he earned an MA in History.

He was an advertisement copywriter for 10 years and was, for a short time, an actor.
Salman Rushdie started to write novels. His book, Midnight’s Children, was a successful prize-winning novel.

On why he wrote The Satanic Verses, he said he wrote the book and published it because he wanted to start a dialogue with Muslims with the view to fighting prejudice and fanaticism and extricating the Muslim masses from the straight-jacket fanaticism imposed by the Mullahs.
Salman Rushdie had written and published other novels.

Some of them are: Shame (1983); Haroun and the Sea of Stories (1990); and The Moor’s Last Sigh (1995).
On The Satanic Verses, literary critics saw Salman Rushdie’s concern for writing the novel as religion, good versus evil, immigration and assimilation.

He was inspired to write the novel by his Islamic background, his experiences in Britain as a Muslim and writer and the problems of immigration and assimilation as an Indian in the UK.
What is next for Salman Rushdie after the attempt on his life in New York?
Will he move back into close hiding and become a hermit?

Is it likely that he would renounce the controversial book and do what the Iranian authorities wanted him to do?
Relations between Iran and Britain have been restored and the present Iranian government is said to have softened on the Fatwa matter.
But, according to the current leader of Iran, Ebrahim Raisi, it was not in his power to remove the Fatwa.

By the age-old Islamic tradition, it is the issuer of the Fatwa that must revoke it.
The Fatwa remains in force, if the issuer died without revoking it.