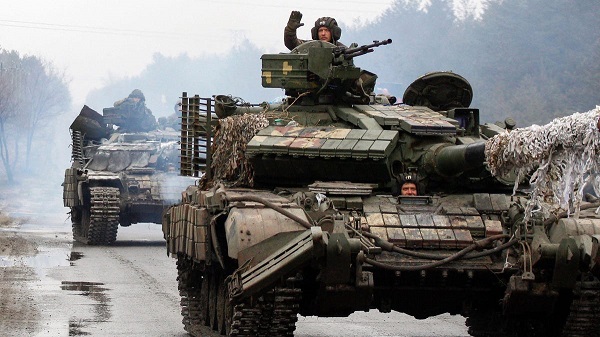 The world is at war against inflation!
30.5k Shares

It is all about the silent but loud war, fought on the main streets, in the boardroom, public places- everywhere. Yes, the world is at war against inflation! Inflation is pushing forward, and crossing boundaries, and that seems to be distorting the financial buffers created by individuals, households and governments to rebuff such attacks. That is where the push and pull is, the shoving and pressing, as far as the fight against inflation is concerned. In the past week, various news outlets have reported rising headline inflation in most parts of the world, and this has gotten economists talking.

In fact, Dave Ramsden, a deputy governor of Bank of England has hinted that the bank would probably need to raise interest rates again to tackle inflation pressures that had gained foothold. According to available data from the Bank of England, the current inflation rate of more than nine per cent is a 40 year-high; and the rate is projected to peak at 13 per cent in October.

The bank’s target is two per cent, therefore, it is easy for one to find the reasons behind the strong agitations against inflation in the UK. Inflation is expected to return to the bank’s two per cent target – down from above nine per cent now – as the economy goes into a recession and borrowing costs rise.

The UK has the highest inflation among G7 countries at present. Elsewhere in the euro area, the war against inflation is on, and the impact of this unseen enemy has been felt everywhere. It is like indiscriminate carpet bombing- but precise enough to hit where it hurts most! Rising energy and food prices are of concern, and given that household incomes are not indexed to inflation, the seeming reduction in real incomes is biting hard. Not your kind of stray bullet.

So what does inflation mean, in broad terms? As you may have been exposed to in past editions of this column, uncontrolled inflation is not in the interest of economic agents. If prices keep increasing between periods, the manufacturing entity, for example, will have difficulties planning ahead and controlling costs.

Simply put, it becomes practically impossible because of the marginal (sometimes high) price differentials between periods. When the elasticity of demand for the product is such that such increased costs cannot be passed on to the consumer, then the direct hit of the increase will be the Profit and Loss account of the company and ultimately the Balance Sheet!

Assuming a price increase of 10 pesewas on a tin of milk, this will imply that you will need more money to buy the 10 that you could easily afford previously. Here, even though your disposable income remains 100 cedis, in real terms, it has gone down because you are no longer able to easily buy the 10 you were able to buy effortlessly, because of inflation.

High inflation is therefore a canker, especially in situations where your income is not indexed to capture inflationary pressures. Let me also point out here, again, that price increase-or decrease- does not affect only individuals as it does affect businesses and governments too. So no one likes it, and the reason why those in authority, globally, have waged war against inflation.

Whereas the example above can suffice for businesses and households, the illustration of the impact of inflation on the government can be far more complex. All in all, as a measure of time-based price movements, inflation plays a major part in both household and business planning. If you can estimate or anticipate an expected level of price movement over a period, you will be able to plan or allocate your resources in an effective manner so as to derive the most benefits, all things being equal.

It is really an uncertain world; therefore, perfect conditions are rare. Just cast your mind back to 2019 when the global economy appeared on track and there was so much hope for strong growth in 2020. But did it happen? Well, first was the heightened uncertainty that prevailed because of the effects of the pandemic on many sectors of the global economy.

Then came supply chain disruptions, creating imbalances in the global economy following the unintended consequences of some of the mitigating measures introduced to contain the spread of the virus. Ah, as if that was not enough, then emerged a build-up of inflationary pressures, as the economic rebound was quicker than anticipated. All of these also created further macroeconomic challenges.

In recent weeks, media headlines have shifty from the strong and remarkable recovery of the global economy from the scars of the pandemic, to the terrible war in the heart of Europe, which is believed, would leave many wounds for years to come. So, if you have been wondering why there is the global increase in inflation, mostly fuelled by rising energy and food prices, then look up the definition of uncertainty in the dictionary!

Uncertainty has that “charming” effect on everything, causing the rational actors that we are to behave in a way that, all things considered, impacts the economy in various ways.

Uncertain energy supply and food production contributing strongly to increase in general price level. That is where the battle lines lie!
It may not be pleasant, agreed, but as economic cycles play out, it will surely get better.
This email address is being protected from spambots. You need JavaScript enabled to view it.