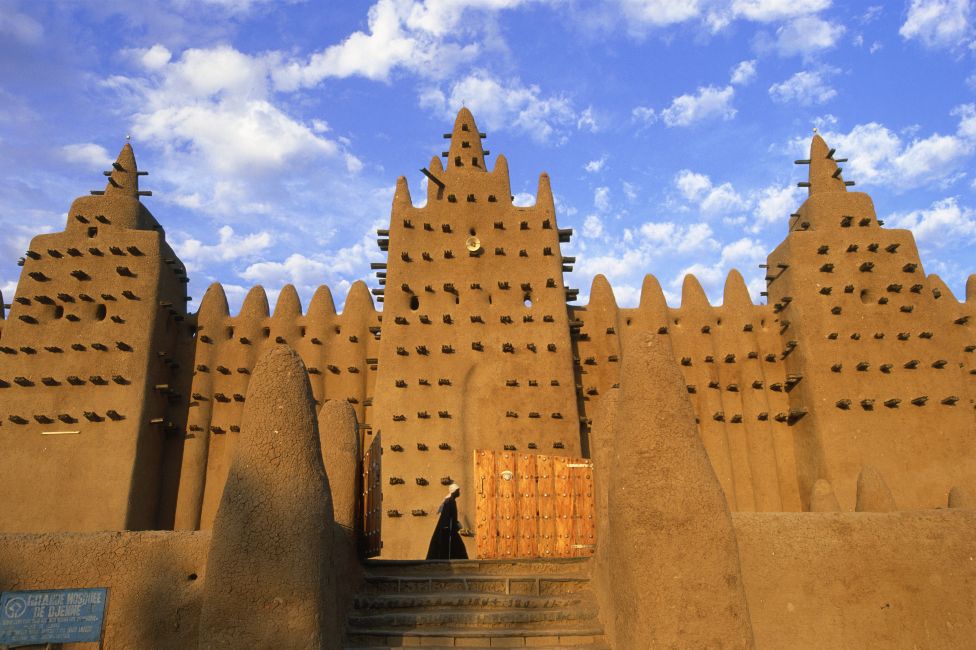 While the pyramids of Egypt are recognised around the world, much of Africa's architecture remains unknown - something architects Adil Dalbai and Livingstone Mukasa hope to change. 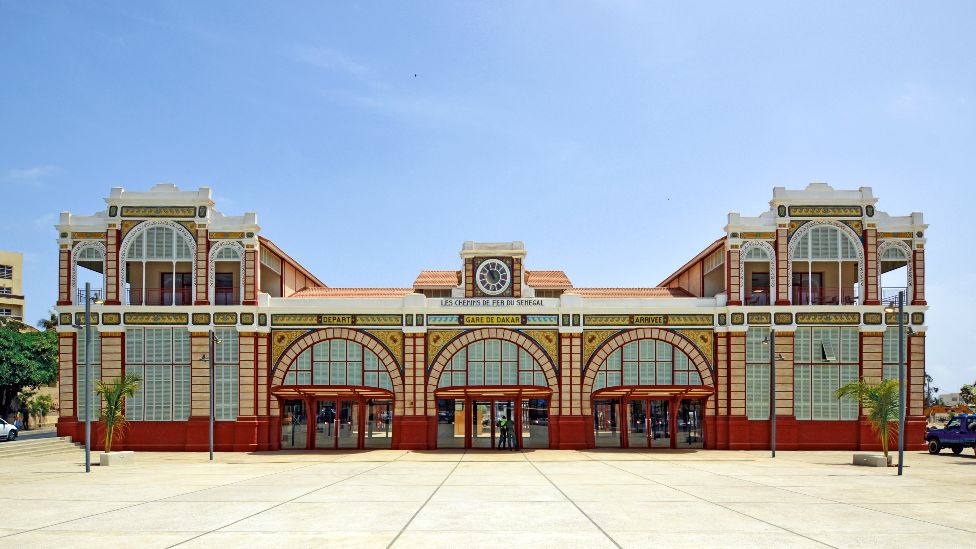 They are part of the team that has recently published the seven-volume Architectural Guide Sub-Saharan Africa. Their in-depth study encompasses buildings from earlier eras, the colonial period - like the recently renovated railway station (above) built in Senegal's capital, Dakar, in 1910 - to more modern masterpieces.

Here are 12 of the most innovative, historic and iconic entries: 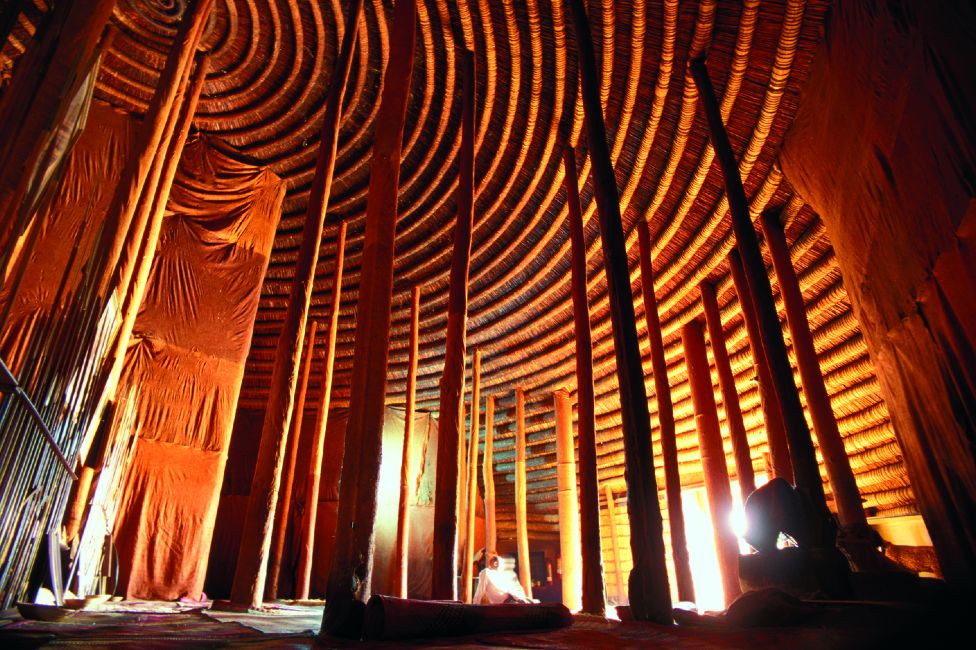 Covering hectares of agricultural land in Uganda's capital, Kampala, the Royal Complex at Kasubi is the burial place of monarchs of the Buganda Kingdom. It was predominantly built from wood and other organic materials. The interior is designed to replicate a sacred forest and is topped with 52 circular rings to represent each of the 52 Buganda clans.

Mukasa, who was born in Uganda, visited the tombs for the first time when he was 10 years old. "It was stunning," he told the BBC. "Not just the scale of it, but the entire grandeur of the building.

"[It] was constructed in the late 19th Century before the introduction of modern materials, using traditional centuries-old methods. I felt that the building had a presence. When you were inside it, it dominated you." 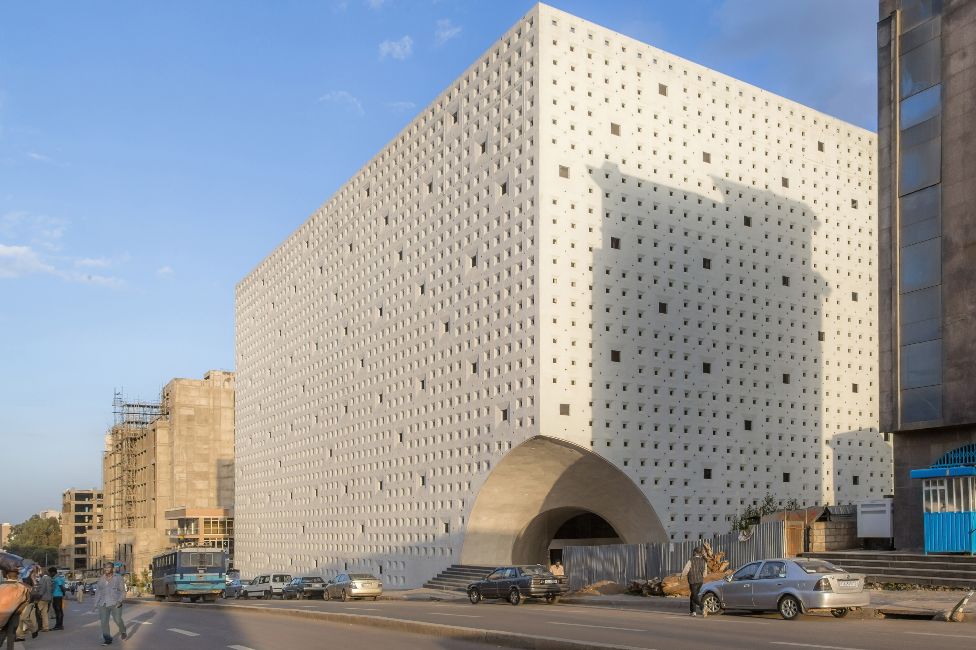 A contemporary entry, this shopping centre was built in Ethiopia's capital, Addis Ababa, with lightweight concrete.

The considered design includes a perforated façade that controls the flow of natural light and ventilation within. 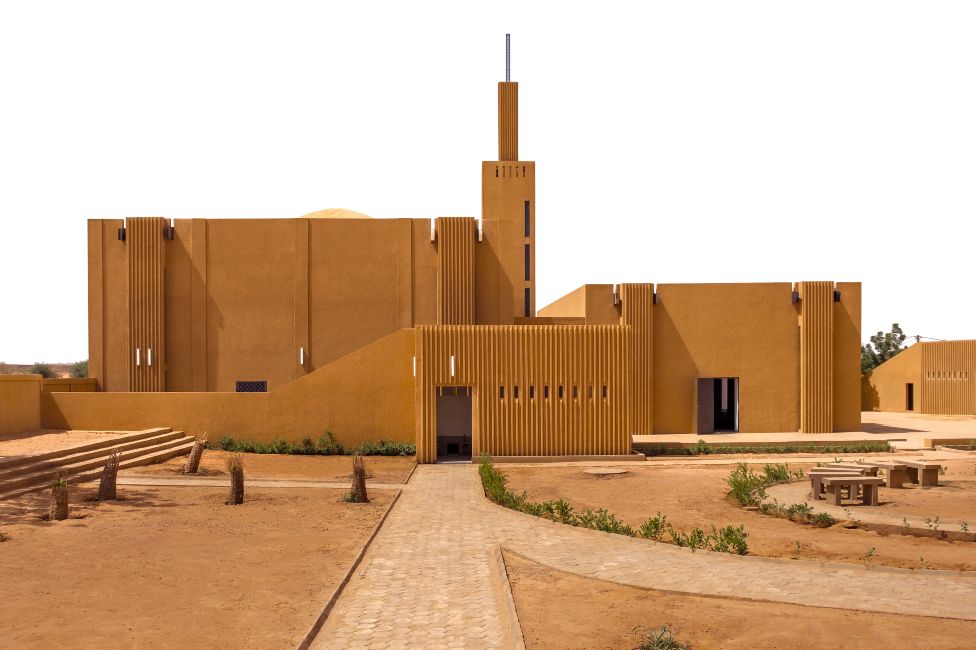 Compressed-earth bricks make up the majority of the building with materials mostly sourced from within 5km (three miles) of the site in the village of Dandaji.

For Dalbai, the project is particularly impressive for its seamless blend of old and new.

"It's clearly a contemporary building that is deeply rooted in Nigerien tradition," the German architect told the BBC. "Not only culturally, but also technically because it relies on old traditional building techniques and materials." 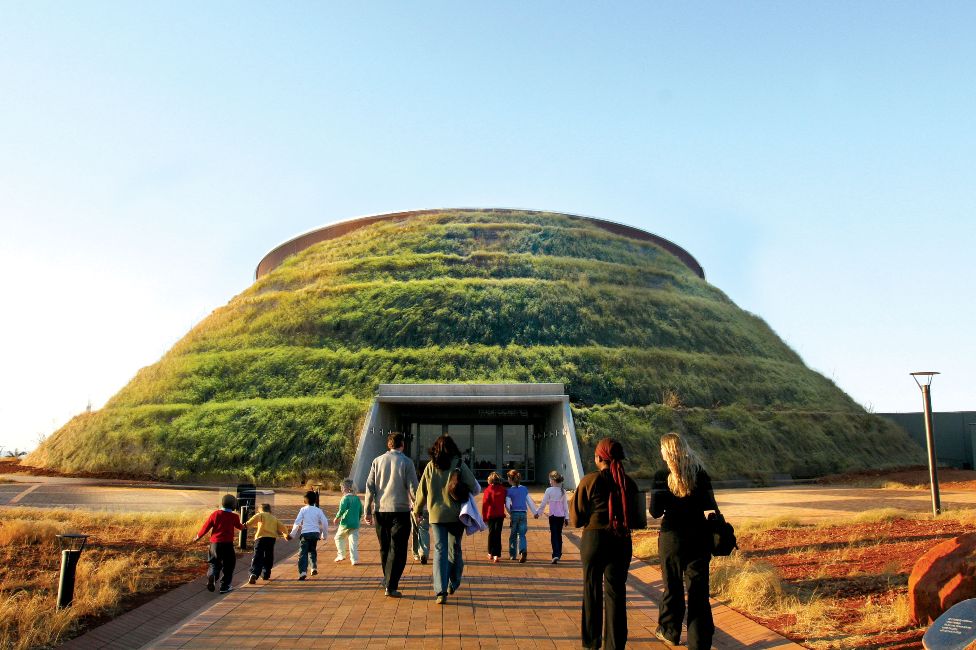 Known as the Cradle of Humankind World Heritage Site, Maropeng is a state-of-the-art visitors' centre designed to help people learn about the early development of modern humans.

The building itself resembles a burial mound rising from the earth in a design that appears truly integrated with nature. 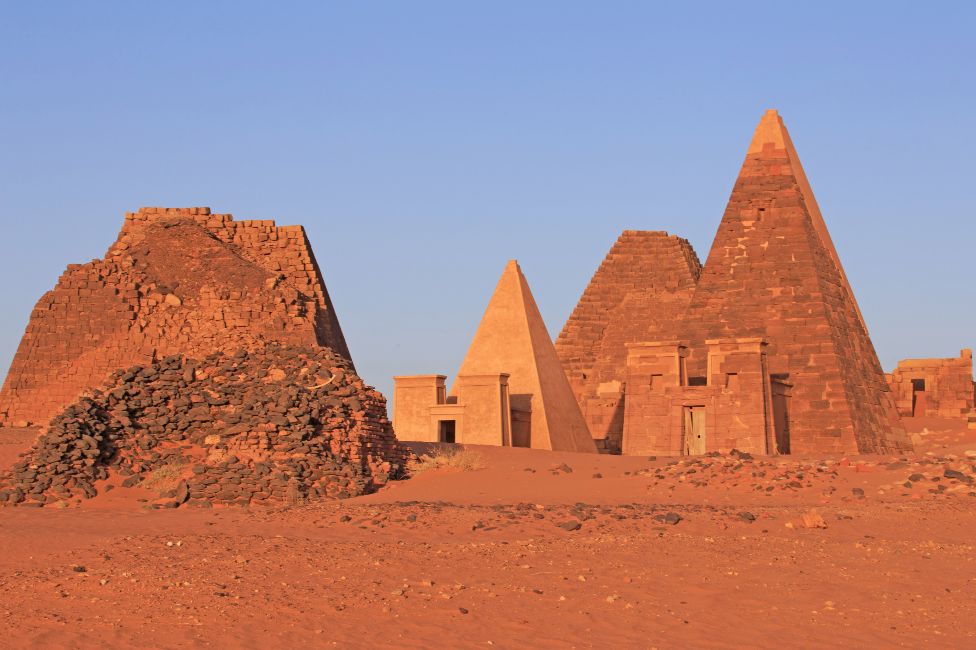 The oldest entry in the guide are these step-sided pyramids, which date back to 3,00BC, located around 200km (125 miles) from Sudan's capital, Khartoum, in Meroë in the Nile Valley.

This Unesco World Heritage Site was once the capital of the ancient Kushite empire and excavations revealed the remains of palaces, temples and royal baths.

The pyramids of this burial site were built with sandstone blocks, while elaborate reliefs are etched within their interiors. 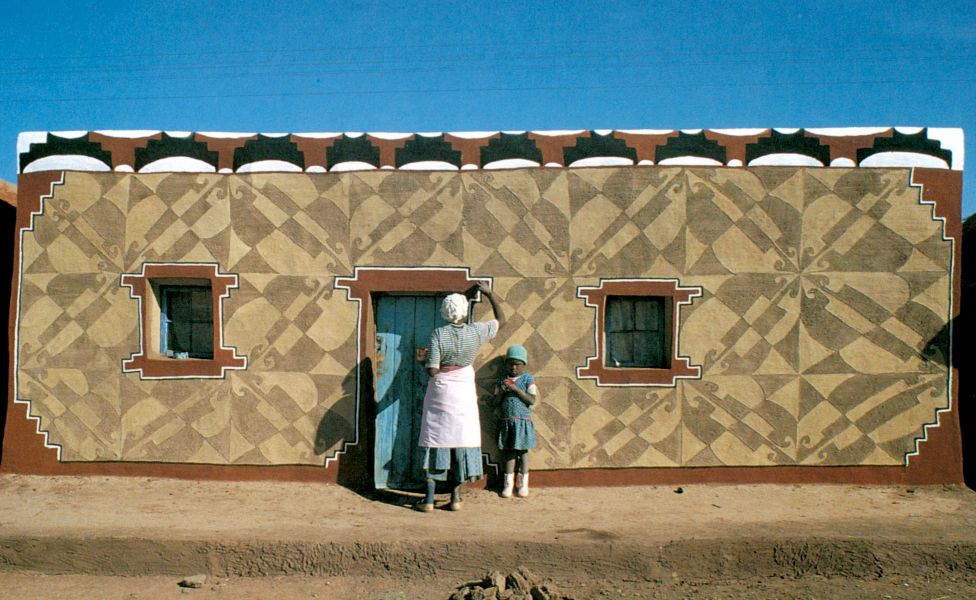 In Lesotho, "litema" is a mural decoration involving engraving, mosaic and relief elements on the facades of houses. Built with earth brick and plaster, this house is painted in the traditional colours of red ochre to symbolise the blood of fertility and sacrifice, white to represent purity and peace, and black to reference the ancestors and the promise of rain symbolised by "dark rain clouds".

"Basotho houses have always been of interest to me in the way that they stand out in the landscape - the use of colours and the use of geometric shapes," says Mukasa.

"I always found it interesting that people would use what was around them to turn a rudimentary structure into a piece of art." 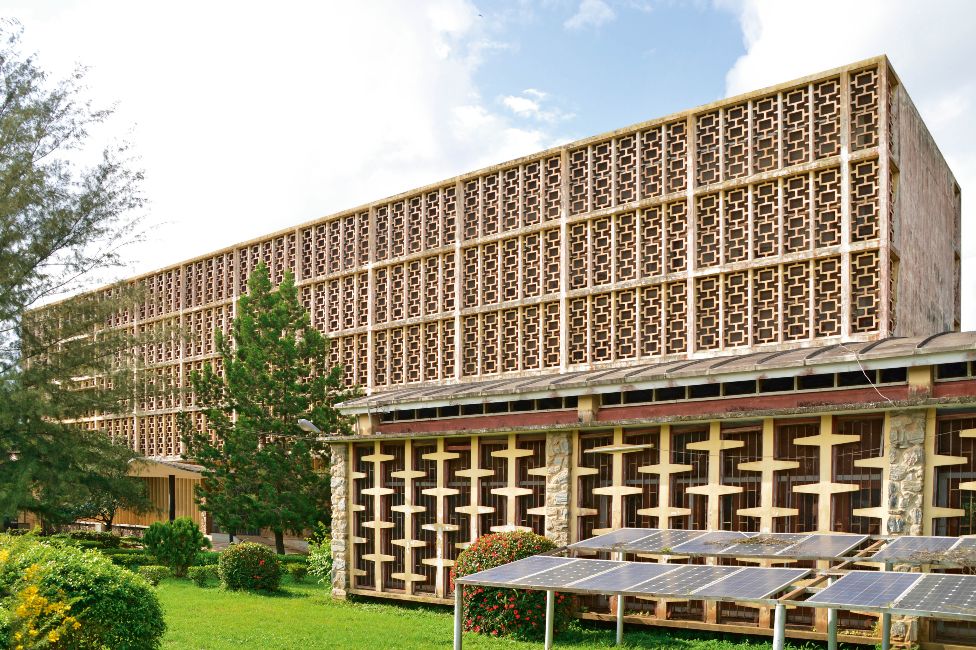 This library is often cited as one of the key works of what is known as "tropical modernism".

It was built during a period when patterned sunscreens had risen in popularity, drawing inspiration from Franco-Swiss architect Le Corbusier's use of "brise-soleil" - an architectural feature of a building that reduces heat within a building by deflecting sunlight.

The building was designed by Maxwell Fry and Jane Drew, who were pioneers of the Modern Movement in England. The library is part of the University of Ibadan campus - founded by the British colonial authorities in 1948 - and became an influential model for climate responsive architecture in the sub-region.

A monument to Islam, the Great Mosque is the largest earth-built structure in the world. The mosque is a symbol of the city of Djenné, which flourished as a centre of commerce between 800 and 1250.

The building's smooth sculpted walls are constructed with sun-baked earth bricks, sand and earth-based mortar and a coat of plaster.

Each year, residents of the city communally re-plaster the mosque during a one-day event known as the Crépissage de la Grand Mosquée (Plastering of the Great Mosque). 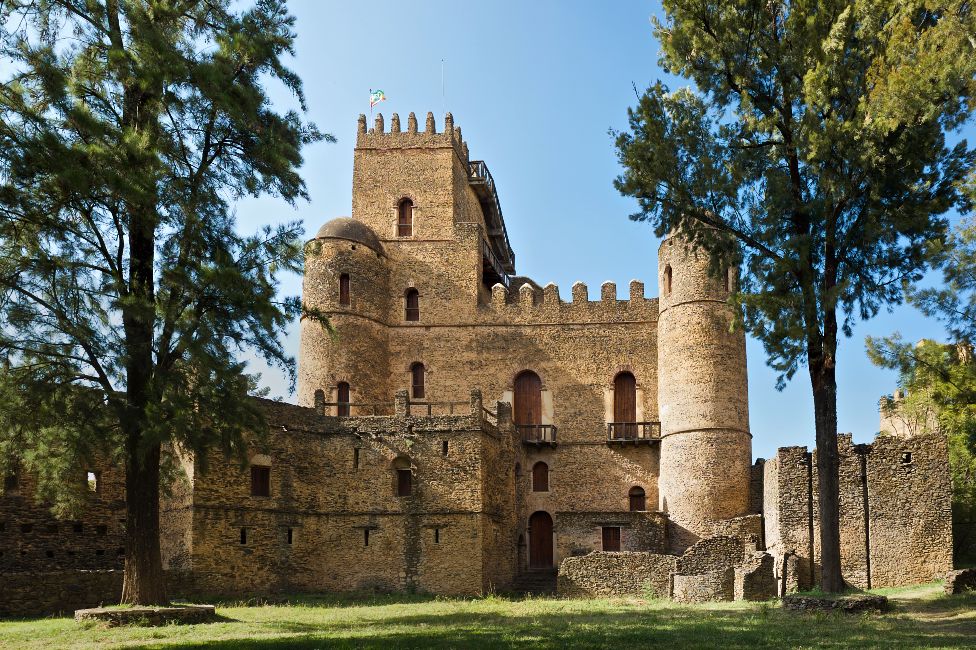 This palace is located in Ethiopia's northern city of Gondar, within a fortified compound known as the "Fasil Ghebbi" (Royal Enclosure).

The design of these buildings were influenced by the baroque style brought to Gondar by Jesuit missionaries. 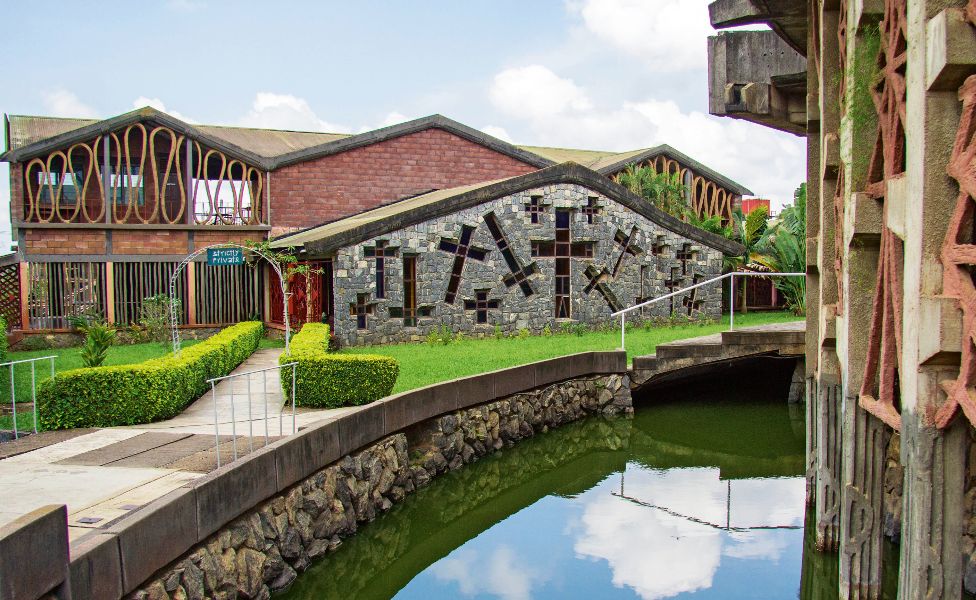 Artist Demas Nwoko blends sculptural elements and modernity with a Nigerian vernacular style of architecture in this reimagined Dominican chapel in Ibadan.

The structure incorporates features such as carved timber columns and elaborate metalwork on the balustrades and gates.

Mukasa says it marked a radical break from the modernist movement that had cemented itself on the African continent to a means of expression that was "homegrown and derived from local culture". 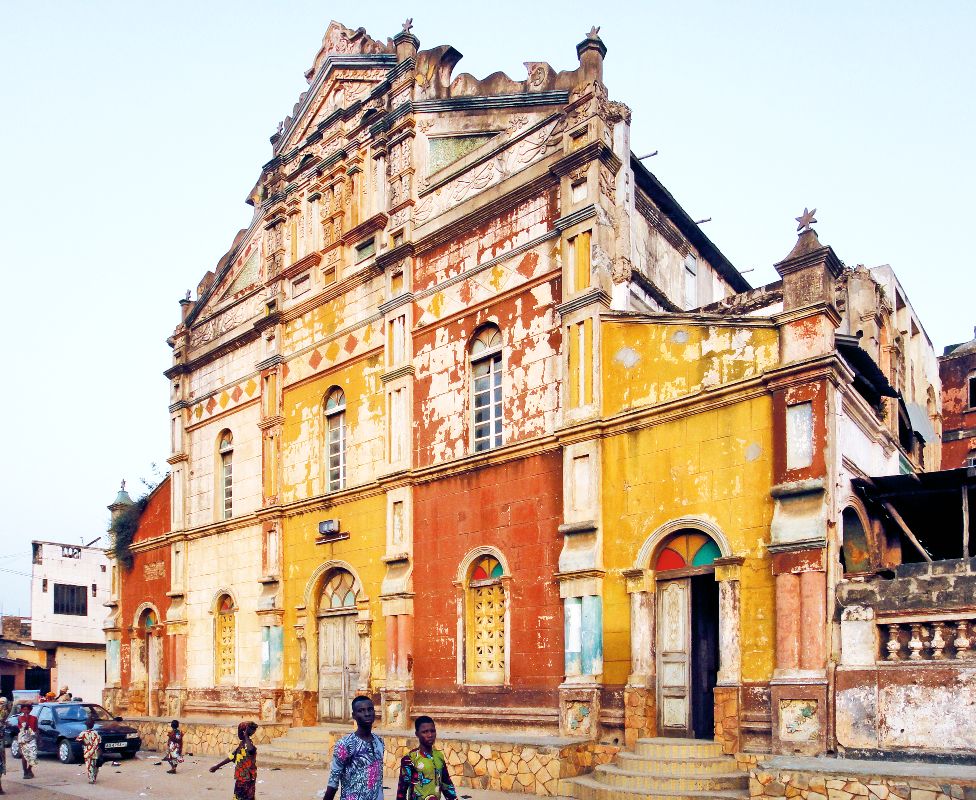 This mosque in Benin's capital, Port-Novo, is a striking example of Afro-Brazilian architecture built in the style of 17th and 18th Century churches in the north-eastern Brazilian state of, Bahia. The colour palette of bright yellow, brown, green and blue are reminiscent of Bahia's historic architecture.

Along the West African coast, it is one of many Afro-Brazilian mosques built in the early 20th Century by returning descendants of freed slaves.

"It shows the many layers that are specific to western Africa's architectural heritage - the intercontinental connections between Europe, South America and the West African coast in the bay of Benin at a time when there were many exchanges," says Dalbai. 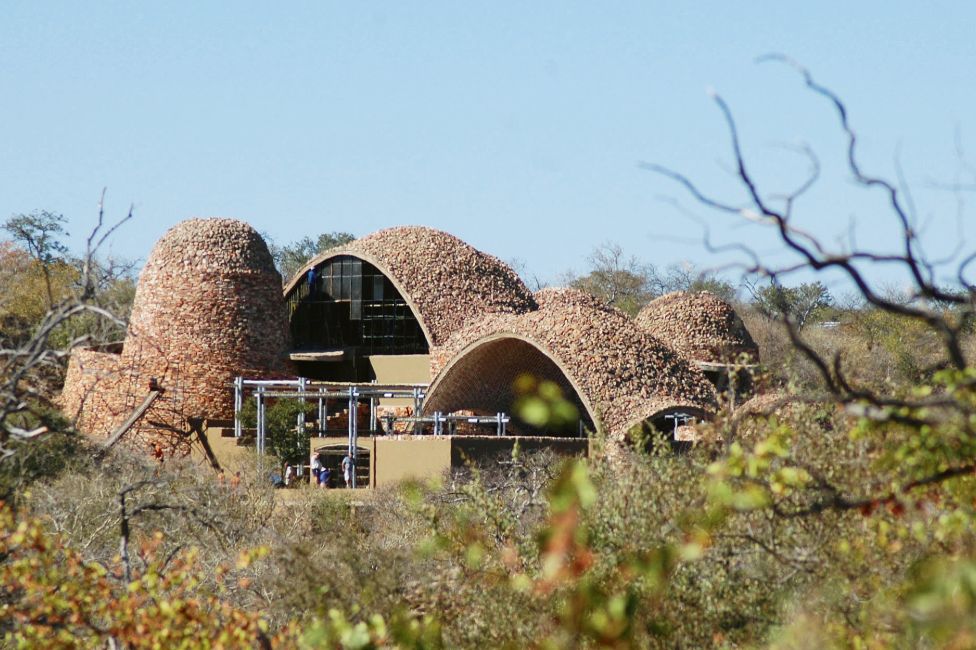 Located in a rocky landscape within Mapungubwe National Park, this centre won South African architect Peter Rich the 2009 World Building of the Year Award at the World Architecture Festival.

The celebrated design is constructed with "a long-forgotten vaulting technique that bricklayers from North Africa took to Catalonia, and which was used by architects such as Antoni Gaudi", according to Rich.

Mud bricks were formed using soil from the construction site and only 5% of additional cement to create a clay mixture.