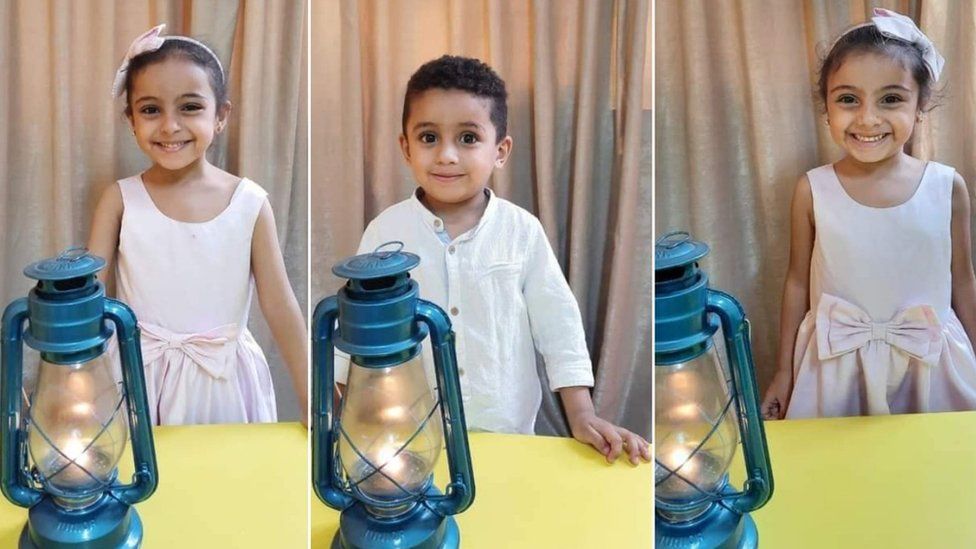 At least 15 children were among the 41 people killed when a fire tore through a Coptic Christian church in Egypt on Sunday.

The Abu Sefein Church, in Giza's working-class Imbaba district, was packed with people celebrating Mass that morning, including children and their parents. Many other children were attending classes or a nursery on the four-storey building's first floor, where investigators believe the blaze started following an electrical short-circuit.

The health ministry said most of the deaths were the result the smoke inhalation, and also a stampede when people rushed to flee the church through a blocked exit.

The singer Miretya Emad, Magda's niece and Irina's cousin, mourned them in posts on her Facebook account.

"With Christ, which is far better. Remember us before the throne of grace," she wrote. "I now have six saints in heaven."

Miretya Emad's family was not the only one to lose three children in the tragedy.

Five-year-old twin girls Mariam and Barsina Tamir Wajih and their three-year-old brother Ibrahim were named on a list of victims published by the Imbaba General Hospital.

Photographs taken at a funeral service on Sunday night appeared to showed their mother mourning beside their coffins and holding up three fingers to signify her children.

The mother (centre) of three children killed in a fire at a Coptic Church in Giza mourns during a funeral service at the Church of the Blessed Virgin Mary in Giza, Egypt (14 August 2022)
Also named on the hospital's list of victims are 10-year-old Karolos Aryan, 13-year-old Mina Azmi, and 16-year-old Mina Fakhir.

Rami spoke to reporters about his ordeal from his hospital bed on Sunday. He said that the three of them went to Mass together but became separated during the blaze, and that he did not know what happened to them. Rami was reportedly told of their fate by his cousins following the interview.

Local media also published quotes from a woman who said she lost two children in the fire, one of whom was called Mina.

"I am the one who took them to Heaven," Esnad said, explaining that she had woken them up to go to Mass. "Mina told me to go on Wednesday," she added. "But I refused and told him that he would go today."

The church's priest, Abdul Masih Bakhit, 50, was among the adult victims named by the hospital. His wife was photographed at the funeral service, clutching what appeared to be a charred piece of his clerical vestments.

The wife of Coptic priest Abdul Masih Bakhit holds part of his vestments at a funeral service at the Church of the Blessed Virgin Mary in Giza, Egypt (14 August 2022)