Coronavirus: COVID-19 vaccine may work better as a nasal spray instead of an injection, top scientists claim 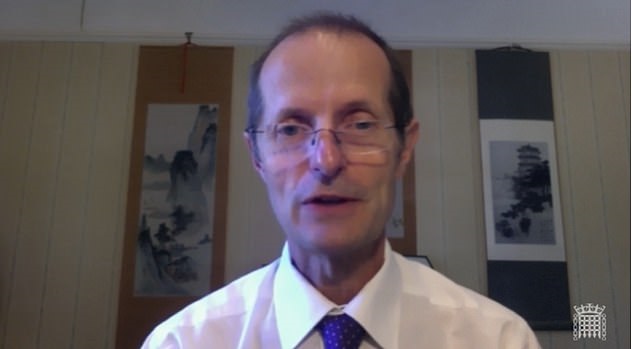 Professor Robin Shattock, an immunologist at Imperial, told the House of Commons Science and Technology Committee today he was 'very interested' in exploring mucosal vaccinations.

Coronavirus: A COVID-19 vaccine may be more effective as a nasal spray or inhaler, researchers behind Britain's most promising Covid-19 jabs have claimed.

Oxford University and Imperial College London scientists believe getting the vaccine directly into the lungs may be the best way to protect people against the respiratory infection.

Both universities are currently testing their Covid-19 jabs — administered by injection into the muscle — on thousands of humans in clinical trials, in the global race to find a way to end the pandemic.

The Oxford vaccine, leading the global race for a COVID-19 cure, is currently being trialed on more than 10,000 people in Britain, Brazil and South Africa after moving in phase III trials.

Meanwhile the first healthy volunteer received a 'small dose' of Imperial College London's vaccine and has reported no sign effects.

Their vaccine candidates work by training the body to identify the coronavirus so it can rapidly fight off the illness before it had the chance to cause an infection. Neither has been proven to work in humans yet.

But the lead scientists behind the injections are already planning to launch a second wave of studies looking into the so-called mucosal immunisation.

Mucous membranes are protective layers of tissue that line the surfaces of internal organs, including the lungs and respiratory tract.

They also coat entry points such as the nose and mouth, catching pathogens that try to get into the body.

They form a powerful, sticky mesh that traps viruses which are trying to invade. By administering a vaccine at the entry points, it trains the mucosa to be able to identify COVID-19 and block it from getting through.

This kind of vaccine can be given through a nasal spray, as is done for influenza in children, or inhaled.

Professor Robin Shattock, an immunologist at Imperial, told the House of Commons Science and Technology Committee today: 'At the moment most of the vaccines are being delivered by conventional intramuscular injection.

'The reason is that's the easiest and fastest to get off the starting blocks and into studies. But a number of us interested in looking at mucosal immunisation, as well.

'And certainly Professor Gilbert (from Oxford) and I are already in discussion as to how we might be able to move that as a second wave of clinical study.'

Sarah Gilbert, professor of vaccinology at Oxford University, added: 'With oral or nasal administrations you would have much stronger mucosal response.

'That's probably really important in the protection against respiratory pathogens. It's also very difficult to study and we're not yet very good at measuring it.

'But, as Professor Shattock said, we're very interested in looking at delivery to the respiratory tract, either intranasal delivery [via a nasal spray] or aerosol delivery [using an inhaler].

A coronavirus vaccine may be more effective if it is taken via a nasal spray (which is already being used in flu immunisation) the researchers behind Britain's Covid-19 jab frontrunners said.

Professor Robin Shattock, an immunologist at Imperial, told the House of Commons Science and Technology Committee today he was 'very interested' in exploring mucosal vaccinations.