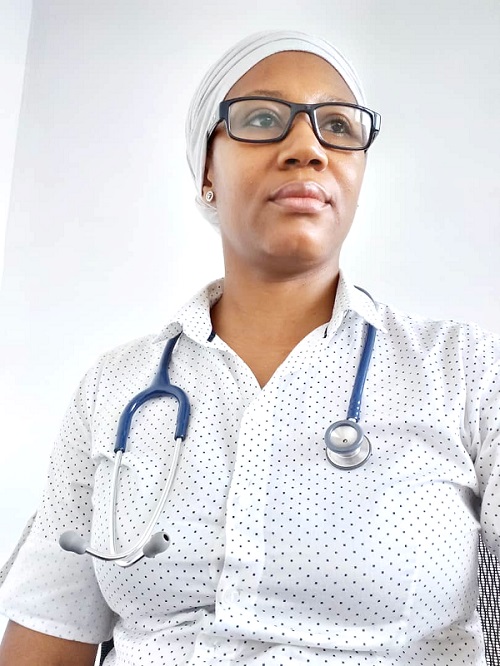 Dr Nihad Salifu is a Paediatric Oncologist at the GARH
30.5k Shares

The Paediatric Oncologist at the hospital, Dr Nihad Salifu, who disclosed this during a visit to the Paediatric Oncology Unit of the hospital by some officials of the World Child Cancer an international organisation committed to fighting childhood cancer, said the unit currently has six children with cancers they were taking care of.

She said the creation of the unit was in line with Ghana's strategy to increase access to childhood cancer care and the World Health Organisation's (WHO) Global Initiative for Childhood Cancer that aimed at a global target to increase childhood cancer survival to at least 60 percent by 2030.

Dr Salifu mentioned the reasons for the differences to include  the heavy financial burden families were left alone to incur to treat their children resulting in unnecessary delays, abandonment of treatment for similar reasons, unhealthy cultural and spiritual practices that hinder access to seeking care in the hospitals and delays in recognising that it is cancer and referring promptly.

She made a passionate appeal Early treatment for childhood cancer with cancers, an issue which she added was not the case presently.

On what causes cancers in children, Dr Salifu explained that unlike adult cancers that might be associated with lifestyle such as smoking and alcohol intake among others, childhood cancers tend to occur as part of a disorder of development such that something goes wrong in the signal that regulates normal development resulting in these conditions, adding that that is why emphasis is placed on early detection for childhood cancers and not particularly on prevention.

‘These cancers happen and it is not the fault of the parents, or anybody else for that matter’.

She said less than 15 per cent of the cases could be attributed to some known genetic abnormalities and infections.

“For example malaria and Epstein Barr virus infections are associated with a common type of cancer called Burkitt lymphoma, and it is also known that a genetic condition such as Down Syndrome can predispose a child to some types of blood cancers called acute leukemias.”

The visit by World Child Cancer was among others to announce its intention to support the GARH to purchase a Biosafety Cabinet, which is the machine used in mixing the drugs used in treating cancers.

The hospital does not have one and so the mixing is done at the ward manually which, according to the WCC Regional Coordinator for sub-Saharan Africa, Mr Emmanuel Ayire Adongo, was not the best because one would be exposing themselves to danger when they mix the cancer drugs on their own.

“The Biosafety Cabinet we are helping to procure is the best, safe machine that is available currently.”

The Medical Director of the GARH, Dr Emmanuel Srofenyoh, thanked WCC for their intention to purchase the machine, adding that it will go a long way to help the hospital.