Covid: Parents urged to be 'vigilant' as schools fully reopen 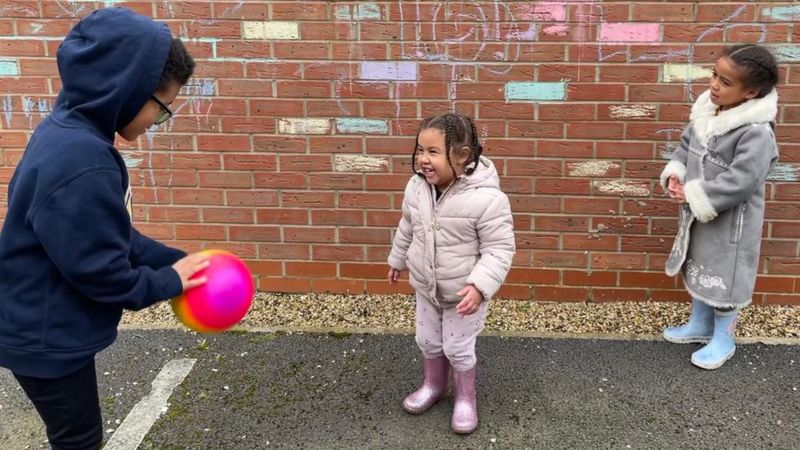 Parents are being urged to watch out for changes in behaviour
30.5k Shares

Parents have been asked to be "vigilant" of changes in children's behaviour as schools fully reopen.

Dr Anastasia Giannakopoulou, a senior lecturer in psychology, said it was important "to watch out for any moodiness and abusive behaviours".
Children were "resilient" but the full impact of coronavirus lockdowns would not be known for years, she added.
Parents have reported changes in their children's attitudes but said they were "feeling positive" about the future.
Dr Giannakopoulou, based at the University of Bedfordshire in Luton, said "every child is an individual", with some internalising their problems and others channelling them into aggression.
"Parents need to be vigilant, because they are the ones that will be able to truly identify certain behaviours of their children," she said.
"A lot more research is necessary as some of the impacts will not become obvious until five or 10 years down the line."
'Changed so much'
Jessica Morrison, 24, from Buckinghamshire, has juggled studying for her masters degree with looking after her three children aged two, four and seven.
"My children's behaviour has deteriorated - we've had more tantrums and we've had challenges at bed times," she said.
"My son used to walk to school every day, but now he doesn't want to go out the door. He just has no motivation."
She said she was "feeling positive" about the future, and praised her children's school for "working hard" with them.
"My kids are good at bouncing back and I'm hoping they'll be OK in the long-term emotionally."
Claudia Montalbetti, 32, from Bedford, had her fourth boy in January, and said he had been her family's "saving grace".
"My eldest child, Alfie, 12, has changed so much. He won't go for a walk with his friends as he's frightened of coronavirus.
"Frankie, who's nine, hates being inside. He's suffered as he hasn't been able to socialise with his friends and Tommy [aged six], when he goes back to school it's going to be like his first day from two years ago.
"My eldest, this will change him forever.
"Life is going to be OK, we will get back to normal. It might not be the normal we knew before, but it will be the new normal."
Dr Giannakopoulou, who is also a specialist in child development and learning, said there could be positives for the generation of home-schooled children.
She added: "The benefit out of this [pandemic] is this generation of children will, I believe, end up being more resilient and more ready to adapt to new situations and challenges in life, and able to think outside the box."