I am the change Ghana needs — Alfred Asiedu Walker 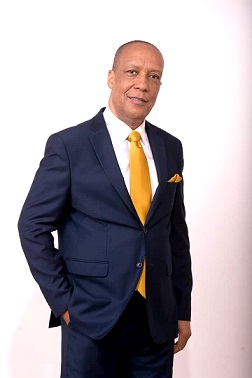 The only Independent Presidential Candidate in the 2020 presidential race, Mr Alfred Asiedu Walker, has appealed to Ghanaians to vote for him come December 7, 2020 to curb corruption and alleviate poverty in the country.

He said corruption hindered the growth of a country and made the people suffer because the money which would have made the lives of the people better was in the hands of those in government to use as they saw fit.

Speaking in Accra, Mr Walker said ruling a country was about leadership and ‘a can do attitude’ but not just talk, propaganda or empty promises.

He said all Ghanaians, be it the kayayoo (head porter), the trotro driver or the one who lives on the streets deserve the best but all those running, especially the two big parties in the country, had not been able to do that for the people in the country because corruption would not allow them.

“That is why I have come to give relief and hope to the people because everywhere I go, the people tell me they are tired and need a change and I am that change you have all been waiting for”, he pointed out.

“I want Ghanaians to compare their lives over the years and tell me whether it had got better. I will challenge anyone to tell if they are living better lives. The answer is no. I have the solution. I am coming from a different background because I don’t belong to any political party so give me the chance and I will get the job done,” he stated.

Mr Walker added that he would regionalise the country to develop every region when voted into power because every region had resources which when fully tapped would grow that region’s infrastructure and prevent young people in that region from migrating to Accra to work for a living.

He said if the regions were regionalised, there would be no need for Members of Parliament to come to Accra all the time; they would be in their constituencies where they would be closer to those who voted them to better serve them. They would only go to Parliament when there was the need to do so.

On education, he acknowledged that the Free SHS Policy was a good one but needed to be restructured to better tap the potential of students for national development.

Political life
Mr Walker is not a stranger in Ghanaian politics. He first decided to contest the 2016  general election as an independent candidate.

In October this year,  he successfully filed his nomination papers to contest the 2020 general election as an independent presidential candidate and he is number 12 on the ballot paper.

His running mate for the election is Jacob Osei Yeboah (JOY) who had also contested previous elections as an independent candidate but was unsuccessful.

Personal life
Mr Walker is the youngest of nine children in his family. His parents were Nana Kwame Okanta Obrantiri, who was the Chief of Larteh Akuapem in the Eastern Region. His mother, Madam Beatrice

Amma Adobea Quashie, was the daughter of the Chief of Anum-Boso. He was born in Larteh where he had his basic education.

He had his secondary education at the Ghana National College in Cape Coast in the Central Region.

From there, he went to the United States of America where he studied at the University of Illinois and graduated with a degree in Industrial Design in 1983. He also had further studies at the North Carolina State University.

Mr Walker is married with children.