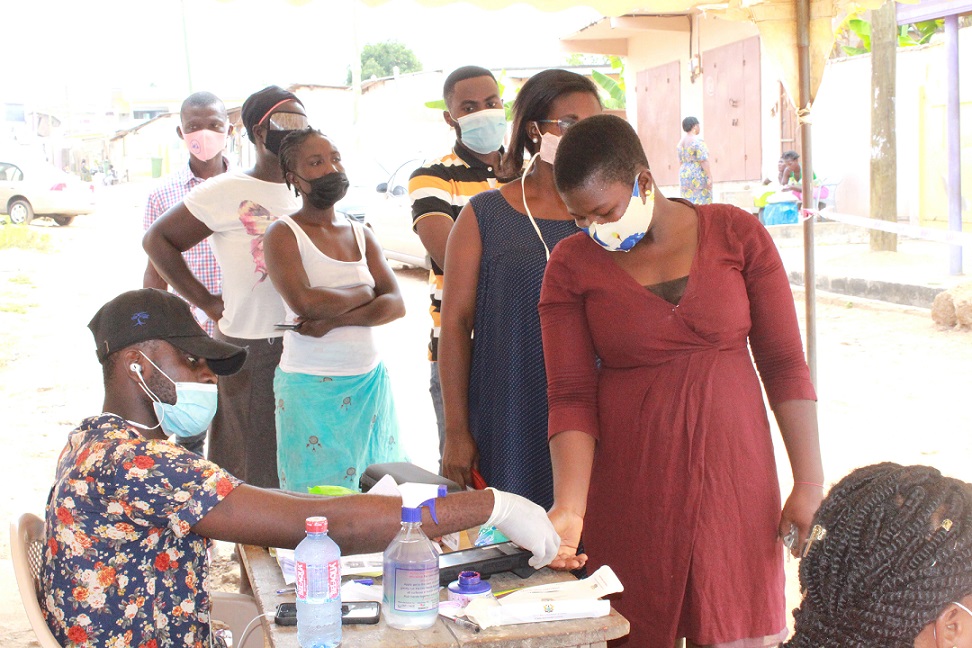 Patricia Nandanyon, a first time voter, is assisted by Mr Musah Mohammed, an electoral officer, to go through the verification process.
30.5k Shares

A number of first-time voters who exercised their franchise in this year’s general election were so excited about going through the electoral processes.

They said they had the opportunity to choose a president and a member of parliament of their choice.

Speaking to some of them at the Anyaa Sowutoum Constituency in the Greater Accra Region, Patricia Nandanyon, who voted at the Hyehyehye Polling Centre at Santa Maria, said she was itching to participate in the election when she turned 17 two years ago.

“I’m now 19 years and I am so happy that today I have also cast my vote. The officers in charge took their time to take me through the processes so everything was smooth,” she remarked.

Gifty Ohene Djan, 19, who voted at the Rect Academy Polling Centre at Kwashiebu, was given some privileges as a first-time voter.
She was directed by one of the electoral officers to join the queue and guided through the process.

Gifty said she was not nervous at all, adding that “voting to elect a president and MP has made me a proud  citizen of Ghana”.

For Cecille Agyemang and Mercedez Worglo, who were both seen casting their votes at the B. Kontonkyi ‘2A’ and ‘2B’ Polling Centres, it was a proud moment to be part of the election.

They were of the view that voting was their civic responsibility and saw no reason why they should sit at home and not vote.
Mercedez said: “I called some of my friends when I set off informing them I was on my way to the polling centre to vote. I was so excited telling everyone in my household that I was going to vote for the first time. In fact, this is one experience I will never forget.”

Cecille said she would vote every election year henceforth. They all prayed that peace would prevail after the election.

• Patricia Nandanyon, a first time voter, is assisted by Mr Musah Mohammed, an electoral officer, to go through the verification process.