Monkeypox outbreak is primarily spreading through sex - WHO 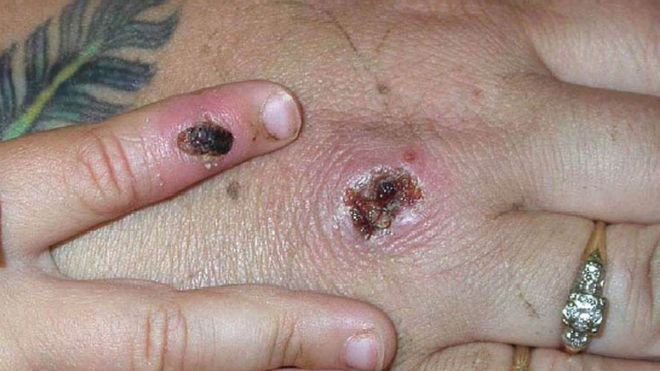 An outbreak of the monkeypox virus in North America and Europe is primarily spreading through sex among men with about 200 confirmed and suspected cases across at least a dozen countries, World Health Organization officials said Monday.

The outbreak has quickly advanced across Europe and North America over the last week and is expected to be far more widespread as more doctors look for the signs and symptoms. Two confirmed and one suspected case of monkeypox in the U.K. were reported to the WHO just 10 days ago, the first cases this year outside of Africa where the virus has generally circulated at low levels over the last 40 years, the organization said.

“We’ve seen a few cases in Europe over the last five years, just in travelers, but this is the first time we’re seeing cases across many countries at the same time in people who have not traveled to the endemic regions in Africa,” Dr. Rosamund Lewis, who runs the WHO’s smallpox research, said in a Q&A livestreamed on the organization’s social media channels.

European nations have confirmed dozens of cases in what’s become the largest outbreak of monkeypox ever on the Continent, according to the German military. The U.S. and Canada each have at least five confirmed or presumed cases so far. Belgium just introduced a mandatory 21-day quarantine for monkeypox patients.

The WHO convened an emergency meeting this weekend via video conference to look at the virus, identify those most at risk and study its transmission. The organization will hold a second global meeting on monkeypox next week to more thoroughly study the risks and treatments available to fight the virus.

While the virus itself is not a sexually transmitted infection, which are generally spread through semen and vaginal fluids, the most recent surge in cases appears to have been spread among men who have sex with other men, WHO officials said, emphasizing that anyone can contract monkeypox.

The virus is spread through close contact with people, animals or material infected with the virus. It enters the body through broken skin, the respiratory tract, the eyes, nose and mouth. Though human-to-human transmission is believed to occur through respiratory droplets as well, that method requires prolonged face-to-face contact because the droplets cannot travel more than a few feet, according to the CDC.

“This is a virus that is super stable outside the human host, so it can live on objects like blankets and things like that,” Dr. Scott Gottlieb told CNBC in a separate interview Monday on “Squawk Box.” “And so you can see situations where people become reluctant to try on clothing, things like that, where it could become disruptive in areas where this is spreading, like New York City.”

He said to expect more confirmed cases in the U.S. in the coming weeks as doctors and public health officials reevaluate patients who have presented with symptoms and the virus continues to spread.

Monkeypox is a disease caused by a virus in the same family as smallpox but is not as severe, according to the Centers for Disease Control and Prevention. However, monkeypox can kill as many as 1 in 10 people who contract the disease, based on observations in Africa, according to the CDC.

The vaccine used to prevent smallpox appears to be about 85% effective in guarding against monkeypox in observational research in Africa, WHO officials said. But the vaccines aren’t widely available so it’s important to reserve them for populations that are most at risk, said Maria Van Kerkhove, the WHO’s leading epidemiologist on zoonotic diseases. She said the WHO will be teaming up with vaccine makers to see if they can ramp up production.

Early symptoms of monkeypox include a fever, headache, back pain, muscle aches and low energy, WHO officials said. That then progresses to a rash on the face, hands, feet, eyes, mouth or genitals that turns into raised bumps, or papules, that then become blisters that often resemble chicken pox. Those can then fill with a white fluid, becoming a pustule, that breaks and scabs over.

Gottlieb described it as a disabling disease that can last two to four months and has a lengthy 21-day incubation period.

“I don’t think this is going to be uncontrolled spread in the same way that we tolerated the Covid-19 epidemic,” Gottlieb said. “But there is a possibility now this has gotten into the community if in fact it’s more pervasive than what we’re measuring right now, that becomes hard to snuff out.”