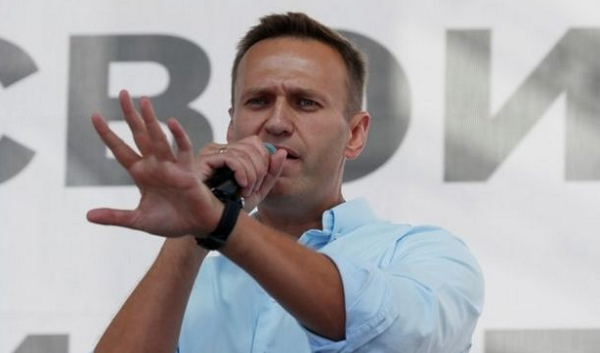 Russian doctors say leading opposition figure Alexei Navalny - who supporters believe was poisoned - remains too ill to be moved to Germany for treatment.

Mr Navalny has been in a coma since Thursday when he fell ill on a flight and his supporters called the doctors' decision "a direct threat to his life".

They cited one report of "a deadly substance" dangerous not only to Mr Navalny but to all around him.

Doctors treating him in Siberia said no poison had been found in his system.

In a preliminary diagnosis on Friday, they said his condition might be the result of a "metabolic disorder" caused by low blood sugar.

His team suspects a poisonous substance was put in his tea at an airport cafe in the city of Tomsk as he prepared to fly to Moscow.

Activists in Germany have sent a plane to bring Mr Navalny to Berlin for treatment.

The head doctor at the hospital treating Mr Navalny in Omsk in Siberia said the patient was too unstable to be transferred and that legal questions would need to be resolved before any move.

Mr Navalny's team said it was "deadly" for him to remain in the hospital.

"The ban on the transportation of Navalny is an attempt on his life," his spokeswoman Kira Yarmysh wrote on Twitter.

What's happening with efforts to move him?

The Berlin-based Cinema for Peace Foundation organised an air ambulance to pick up Mr Navalny and bring him back to Berlin, where it said the Charite hospital was ready to treat him.

It said the aircraft had medical equipment and a team specialised in treating coma patients on board.