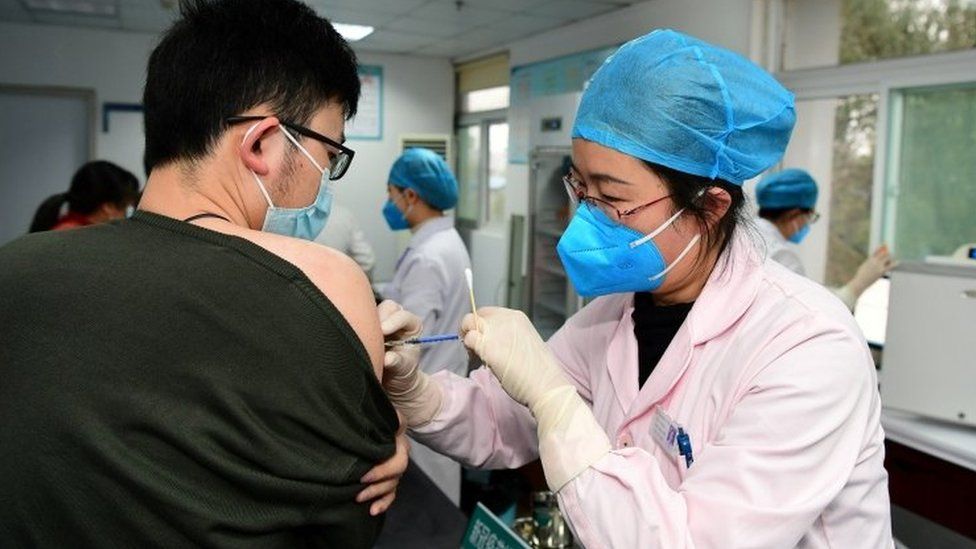 China has arrested the leader of a multi-million dollar scam that passed off saline solution and mineral water as Covid-19 vaccines.

The man, identified as Kong, had researched the packaging designs of real vaccines before making more than 58,000 of his own concoctions.

A batch of the vaccines were smuggled overseas, but it is not known where they were sent to.

Kong is among 70 people who have been arrested for similar crimes, reports the BBC.

The arrests, involving more than 20 cases, came as Beijing vowed to crack down on fraudulent vaccines.

Even though most of the cases surfaced late last year, new details were released this week.

According to a court ruling, Kong and his team made a profit of 18m yuan ($2.78m; £2m) by putting saline solution or mineral water in syringes and hawking them as Covid vaccines since August last year.

A batch of 600 of these vaccines were sent to Hong Kong last November, before they were shipped abroad. The sales were made on the basis the vaccines were acquired via "internal channels" of genuine manufacturers.

In other cases, counterfeit vaccines were sold at inflated prices in hospitals. Other criminals also conducted inoculation programmes of their own and had "village doctors" vaccinate people with fake jabs in their homes and cars.

China's highest prosecuting body, the Supreme People's Procuratorate has urged regional agencies to cooperate with the police to curb such activities.

Officials had hoped to administer 100 million Covid doses before the Lunar New Year last week, but have only vaccinated 40 million people so far. However, the country has largely managed to bring the pandemic under control with strict lockdown, testing and tracing measures.