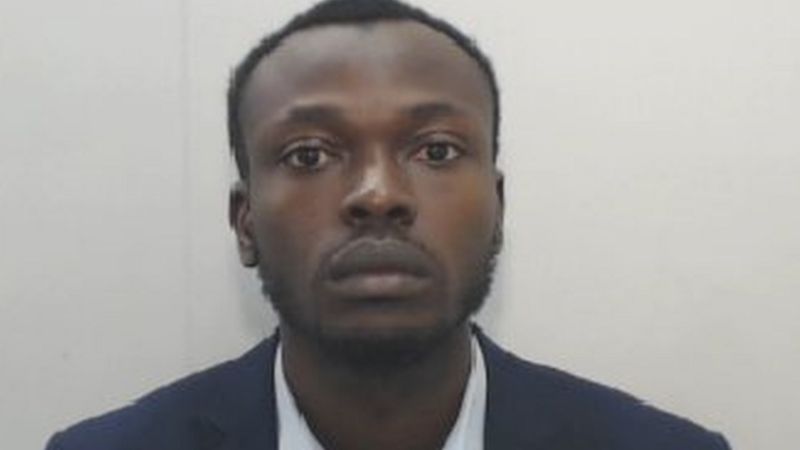 Police say Ibraheem Egunbambi had no respect for his victim
30.5k Shares

A man who raped a woman at a party in Manchester has been jailed for more than four years.

Ibraheem Egunbambi, 29, targeted the 21-year-old, who awoke to find him assaulting her at a party in the Moston area.

Greater Manchester Police said he felt "entitled to violate and rape" the woman.

Egunbambi, of Sandhurst Terrace in Leeds, was sentenced to four years and six months at Manchester Crown Court.

He denied rape but was convicted after a trial.

Greater Manchester Police said the woman was invited to the party where she had consensual sex with a man she had been speaking to.

When the man left the room Egunbambi came and tried to kiss the victim, who said no.

Later that night while she laid in bed facing the wall she felt a man lie on top of her and start trying to have sex with her, police said.

She told him to stop and get off of her before turning on the light to find the man was Egunbambi, who had tried to kiss her earlier.

The woman left and reported the incident to the police.

Det Con Paul Shacklady said: "This is an appalling crime.

"Egunbambi had absolutely no respect for the fact that the victim had specifically expressed she wasn't interested in him earlier on in the night, instead feeling he was entitled to violate and rape her."