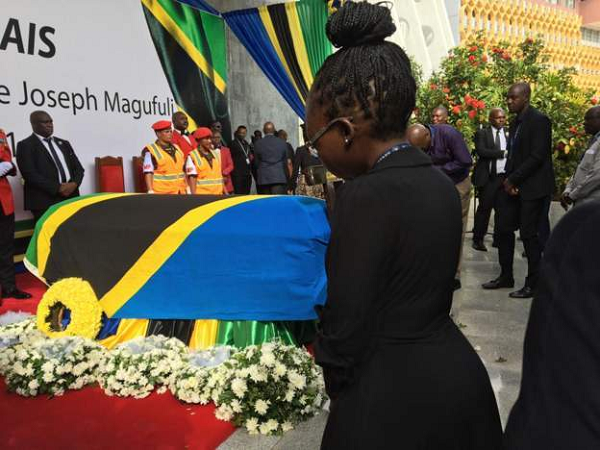 A state funeral is being held in Tanzania's capital, Dodoma, for former President John Pombe Magufuli.

Several African heads of state have arrived for the event including the presidents of Kenya, South Africa, Zimbabwe, Comoros, Mozambique, Zambia and Democratic Republic of Congo.

Monday is a public holiday today in Tanzania, as the country enters a third day of bidding farewell to the late Magufuli.

In Dodoma, people have already gathered in large numbers, but the prime minister has announced that there will be no queues for viewing the body on Monday, but instead the coffin will be driven around the stadium for people to catch a final glimpse of the former president. 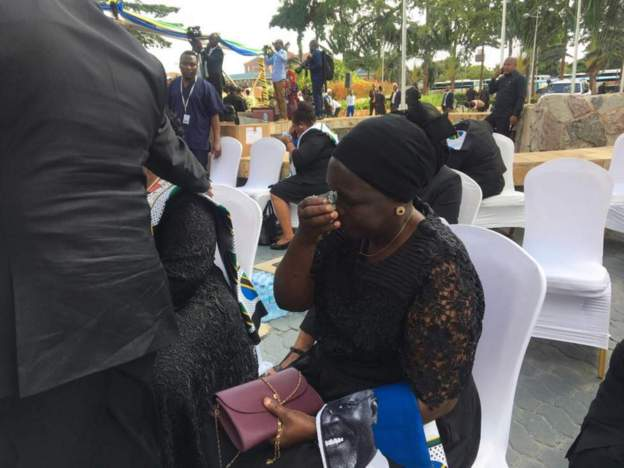 Over the weekend, tens of thousands of residents in the commercial capital, Dar es Salaam, flooded roads as the coffin was driven around.

Many more flocked to the main stadium where his body was laid for public viewing.

The authorities confirmed on Monday that there was a stampede and an unspecified number of people were injured.