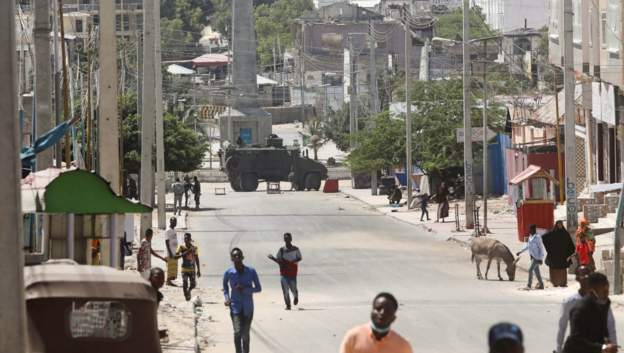 The elections have been delayed because of regional squabbles. Reuters Follow @Graphicgh

The UN, the US, Canada, the African Union and several European nations have called on Somalia’s political leaders to “show leadership” by reaching an agreement on elections that were delayed due to squabbling over the voting process.

In a joint statement, world powers warned that they “will not support a partial or parallel electoral process or any initiatives leading to extension of prior mandates”.

They urged Somali leaders to reach a deal on “peaceful, inclusive, free, fair and credible elections” at the earliest possible time.

Their call came ahead of talks between the federal government and Somalia’s semi-autonomous regions at Mogadishu airport.

Somalia’s main foreign backers said the talks planned for Monday should build on a 17 September 2020 electoral framework under which clan elders would select delegates to electoral colleges, which in turn choose federal lawmakers who then pick a president.

The first term of President Mohamed Abdullahi Mohamed, also known as "Farmajo", ended on 8 February without the election of a successor - throwing the country into a crisis.

The elections have been delayed because of regional squabbles over how power is distributed - and a row over a new election commission.