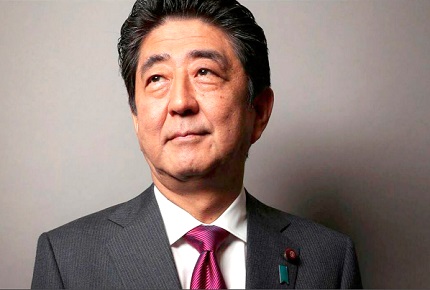 The tragic death of Prime Minister (PM) Shinzo Abe of Japan on July 8, 2022 sent shock waves around the world. PM Abe, particularly during his second term of office (2012-2020), led Japan to a more active global role.

In May 2016, he chaired the 42nd G7 Summit hosted in Ise-Shima. Then, in August that year, the Tokyo International Conference on African Development (TICAD) was held in Nairobi, Kenya — the first time on African soil — where he said poignantly: “We have a feeling in our gut that in Africa, where possibilities abound, Japan can grow vigorously”.

That whole speech reflected his commitment to strengthening relations between African countries and Japan. He continued: “Japanese companies can grow vigorously. Our hunch is that the time has come to make the best of Japan's capabilities, Japanese companies' capabilities, for the advancement of Africa…we must not let a good opportunity slip away.” Prime Minister Abe felt the time was ripe for a win-win partnership between Japan and Africa.

At TICAD VII also, in August 2019, in Yokohama, he underlined why investing in Africa is good for Japan: “We commit to sustaining and accelerating development progress, taking advantage of Africa’s opportunities for transformation.”

“Among other attributes, it has large untapped sources of renewable energy, arable land, and natural resources that could be used to propel socioeconomic transformation.”

“Africa is the most youthful continent, with a population of over one billion people and a middle class of 300 million that is growing as incomes rise. ….”

What Japan lacks in mineral resources, and in population, Africa has in abundance. On the other hand, Japan has abundant resources of capital and technology that Africa needs to enhance the quality of life of the growing population.

Investments in Africa’s oil and gas sector, particularly gas to power, provide energy as well as revenue for development in African countries while securing Japan’s energy requirements long-term. Such investments can be calibrated with the commitment to decarbonisation and addressing climate change.

The energy section of the Ise-Ijima G7 Summit declaration is very relevant today, even prophetic: “Faced with the increased uncertainty posed by the current energy price levels, we also commit to play a leading role in facilitating energy investments, in particular, investments in quality energy infrastructure and upstream development.”

Japanese financial institutions such as the Japan Bank for International Co-operation (JBIC) and the Japan Oil, Gas and Metals National Corporation (JOGMEC), as well as the Development Bank of Japan (DBJ) and Japan Overseas Infrastructure Investment (JOIN) provide capital to Japanese companies for international investments.

JBIC’s Natural Resource Development Facility, for instance, provides attractive long-term financing in return for Japan achieving security of energy supplies. Yet, Africa has not been a significant recipient of resources from these institutions, as the Japanese private sector appears to be shying away from investment in Africa.

As noted recently by a research and policy analyst, Sena Voncujovi, “continent-wide Japanese investments have been declining since 2013. Total investment stocks stood at $6 billion in 2019, down from $12 billion in 2013.”

Strikingly, “even though Japan’s investments in other regions mostly bounced back to pre-pandemic levels in 2021, this has not been the case for Africa, which saw a 47.4 per cent decrease in Japanese investments, from $590 million in 2019 to $310 million in 2021, according to data from Japan’s Ministry of Finance.” (The Diplomat July 22, 2022 www.diplomat.com).

Investment targets announced at TICAD have not been met.

Africa’s high return potentials, especially with natural resource projects, are not even on the investment radar of Japanese institutions with large holdings of cash such as the Government Pension Investment Fund (GPIF). Africa is simply not a priority for companies and high net worth individuals in Japan. That can, and must change.

To begin with, the Japanese private sector and Japan at large must be better informed about Africa and not see Africa as a distant continent. Japanese media and communications companies can partner with counterparts in Africa to re-orient companies, investors and the public in Japan about Africa.

Targeted efforts to correct misperceptions about Africa are required. In African countries also, more and accurate information about Japan must be made available, especially to entrepreneurs as well as at various levels of governmental and national institutions.

Innovative approaches, smart partnerships with countries in Africa, can accelerate Japan – Africa synergies; these may include strategic capital for resource swaps that protect both sides from undue volatility in commodity prices and enable fair sharing in commodity value optimisation. Proactive measures are essential to fulfil the targets of TICAD.

He integrated “womenomics” - the word coined by investment banker Kathy Matsui, to emphasise the need for a greater involvement of women in Japan’s work force – as part of the third arrow in the quiver. Increasing the deployment of Japanese capital and technology in Africa, as Abe emphasised, will, undoubtedly, spur Japan’s growth.

As TICAD VIII convenes in Tunis — once again on African soil — on August 27, 2022, there could be no better tribute to this visionary leader than for his legacy of “Abenomics” to be re-invigorated by “Africanomics” — a powerful arrow to propel Japan to greater heights of economic growth – for Japan, as well as for Africa and for the world.

The writer is a lawyer/former Chief Executive, Ghana National Petroleum Corporation (GNPC). He was part of Ghana’s delegation to the first Tokyo International Conference on African Development (TICAD) in 1993 in Tokyo. He was also in Tokyo with President Rawlings in 1989 for the funeral of the late Emperor Hirohito.