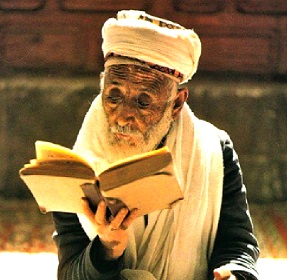 Abdul Hamīd Al-Ghazāli occupies a position unique in the history of Muslim religious and philosophical thought by whatever standard we may judge him.

He has been acclaimed as the Proof of Islam (hujjatu-l Islām), the Ornament of Faith (Zainu-d-Dīn), and the Reformer of Islam (al-Mujaddid).

To be sure he gathered in his own person all the significant intellectual and religious movements of his time and lived over again in the inwardness of his soul the various spiritual phases developed by Islam.

He was a theologian, a sceptic, a philosopher, and a mystic (as-Sūfi). His position as a theologian of Islam is undoubtedly the most eminent.

Through a living synthesis of his creative and energetic personality, he revitalised Muslim theology and reoriented its values.

His combination of spiritualisation and fundamentalism in Islam had such a marked stamp of his powerful personality that it has continued to be accepted by the community since his time.

His outlook on philosophy is characterised by a remarkable originality and constructive approach.

In his works on philosophy, one is struck by the acumen with which he gives a clear and readable exposition of the views of philosophers, the subtlety and analyticity with which he criticises them, and the candor and open-mindedness with which he accepts them whenever he finds them to be true.

Nothing frightened nor fascinated him. Through an extraordinary independence of mind, he became a veritable challenge to the [581] philosophies of Aristotle and Plotinus and to their Muslim representatives before him, al-Fārābi and ibn Sīnā.

The main trends of the religious and philosophical thought of al-Ghazāli come close to the temper of the contemporary mind.

The teachings of this remarkable figure of Islam pertaining either to religion or philosophy, either constructive or critical, cannot, however, be fully understood without availing ourselves to his method and methodology.

The most important thing about al-Ghazāli’s system of thought is its method which may be described as that of the courage to know and courage to doubt.

The best expression of it is given in his famous book, al-Munqidh Min-ad Dalāl (The Deliverer from Error), where he makes critical examination of the methods of the various Islamic sects.

All kinds of knowledge, al-Ghazāli held, should be investigated and nothing should be considered dangerous or hostile.

Therefore, he embarked on the open sea of knowledge right from his adolescence setting aside all caravan of caution.

“I scrutinised the creed of every sect, and I fathomed the mysteries of each doctrine. All this I did that I might distinguish between the true and the false. There was not a philosopher whose system I did not acquaint myself with, nor a theologian whose doctrines I did not examine.

If ever I met a Sūfi (Muslim mystic), I coveted to probe into his secrets; if an ascetic, I investigated into the basis of his austerities; if one of the atheists, I groped into the causes of his bold atheism”.

Such was the courage of al-Ghazāli to know. He was free from the parochialism of sectarian leaders of his day who would rather consign the books of other rivalry sects and religions to flames than read them.

Though he was prepared to listen to every creed and doctrine, he accepted none and doubted all. He explained that the greatest hindrance in the search for truth was the acceptance of beliefs on the authority of others and blind adherence to the heritage of the past.

As one might foresee, this proposed test for certitude only led him to a series of doubt. No part of the knowledge he had acquired hitherto could stand this rigorous test.

He observed, “We cannot hope to find truth except in matters which carry evidence in themselves, i.e., in sense-perception and necessary principles of thought. Although he authored many books, al-Munqidh Mina-d Dalāl (The Deliverer from Error) is the most valuable source to determine al-Ghazāli’s relative position regarding the various ‘seekers of truth’ around him. He had been moving through them for many years, studying them very closely in his quest for certainty, and of them he now gives us a critical evaluation in a summary fashion. He divides the various “seekers of truth” into four distinct groups: Theologians, Mystics, Authoritarian ‘Ulamā and Philosophers.

His criticism of the theologians is very mild. He himself had been brought up in their tradition and was thoroughly saturated into their system.

He did not part company with them even when he became a mystic (as-Sūfi) and his criticism of the Greek philosophers was essentially from the standpoint of a theologian. He was only dissatisfied with their scholastic approach, for it could not bring any intellectual certainty; their doctrines, he deemed, however, to be correct.

His belief in God, Prophecy, and Last Judgment were too deeply rooted in him to be shaken altogether. His skepticism with regard to that was a temporary phase; he only very much desired a confirmation of these fundamental beliefs on some philosophical grounds.

So far as the mystics (Sūfis) were concerned, al-Ghazāli found himself hardly in a position to level any criticism against them except for the extravagantly pantheistic utterances of some of them. They were essentially men of feeling (arbāb al-Ahwāl) rather than men of words (as’hāb al-Aqwāl) and he had himself early realized the importance of experiences rather than that of definitions and dogmas.

The claims of the mystics he knew could not be challenged by one who lacked their experience.

Al-Ghazali held a very poor opinion of the pretensions of those he called the group of traditional teachers (al-‘Ulamā) of authoritative instruction.

They renounced reason and held that truth can be attained only by a submissive acceptance of the pronouncements of the classical and pre-modern Muslim jurists.

Al-Ghazali’s examination of the Ulamā was certainly due to his love for thoroughness in the search for truth. Al-Ghazli’ perceived these scholars approaches to religious teaching and propagation as nauseous to Islamic development.

It was the fourth class of the seekers of truth, namely, the philosophers (i.e., the pure and the social scientists) who engaged his attention most of all and troubled his mind more than anything.

He applied himself assiduously to the study of the entire sweep of Greek philosophy current in his time and attained such a firm grasp of its methods that he produced one of the best compendia of its in Arabic; Maqāsid al-Falāsifah (the objective of philosophers).

Al-Ghazali’s quarrel with the philosophers (the humanists and the social scientists) is because many of their arguments were logically false and most of the positions they held were inconsistent with one another. He was, however, highly impressed with the other crop of philosophers; that is the physicians, chemists, and biologists, whose accuracy easily makes fool out of the theologians and the authoritative Ulāmā.

Although al-Ghazali admitted that these pure scientists also do make mistakes sometimes, he cautioned against indecent haste in casting doubts on their works which they have trained themselves to accurately prove.

As such attitude makes mockery of Islam and project it as a backward religion which, in reality, is never the case.

The writer is Founding President, Center for Islamic Thought and Civilisation. E-mail: This email address is being protected from spambots. You need JavaScript enabled to view it.