Right to counsel in international law 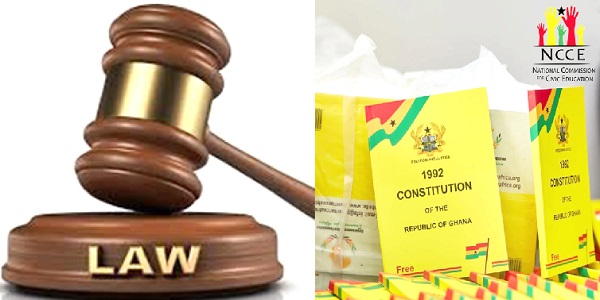 “It is better that ten guilty persons escape than that one innocent suffer”. — William Blackstone.

An issue that has become vexed over many years is the question of whether persons accused of what many would regard as heinous crimes deserve to be represented by lawyers at trial. This article will attempt to explain, indeed justify why everyone accused of crime, however serious, is entitled to the services of a competent lawyer, in the enquiry of his/her guilt or otherwise in the context of a criminal trial.

William Blackstone, the celebrated English Judge and Jurist, gave the above quotation in his commentaries on the Laws of England, to justify why persons accused of crime deserve adequate and competent legal representation at trial.

In fact, that terse statement has its roots from antiquity – Roman Law. As far as the Byzantine Era, the Justinian Code of the Roman Emperor, Justinian, stated: “Rather let the crimes of the guilty go unpunished that condemn the innocent”. The same sentiment has been expressed in an 1895 United States of America Supreme Court case.

Everyone charged with a criminal offence shall have adequate time and facilities for the preparation of his defence and to communicate with counsel of his choice. The European Convention on Human Rights at Article 6(3) (c), and closer to home, the African Charter on Human and People Rights provides the same.

Rationale of right to counsel

The importance of not convicting innocent persons accused of crime, expressed above, underpins the right to counsel as provided in many of the International treaties alluded to above. International law and a plethora of most modern constitutions have established the right to counsel for accused persons to prevent miscarriage of justice and to prevent the unjust incarceration of innocent persons accused of crime. It is intended to provide persons accused of crime with legal assistance – at trial given that the interpretation and application of law, during criminal trials, are complex and technical, so deserves the involvement of lawyers, who are trained and skilled in such matters.

Challenges of right to counsel

There has often been much brouhaha, indeed hue and cry, exhibited by a section of the populace, including educated persons and even sometimes lawyers, when lawyers undertake to defend persons charged with crime.

A few examples, which by no means, are isolated incidents will be proffered here to highlight the problem.

Recently, Captain Nkrabeah Effah-Dartey was ‘arrested’ by Ghanaians when he took on the case of Aisha Huang.

Similarly, the former Chairman of the New Patriotic Party (NPP), Mr Freddie Blay, was not spared this opprobrium when he took on the alleged accomplices of Huang.

Personally, I was shocked and aghast when I came under intense attack when I took on the mantle of defending those accused of the murder of the late Captain Maxwell Adam Mahama (May his soul rest in peace). Not only was I insulted by a section of Ghanaians on radio and in the press, but I was almost lynched and my car vandalised when the matter first came to court.

There is an urgent need for the populace to be educated on the right of accused persons to be legally represented as established by international law and the constitution. This is because, in my experience, in most cases, the accused persons are acquitted after trial. The Ghana Bar Association, and to a larger extent, the Press, should embark on a campaign to explain to the public, the importance of the right to counsel for everyone charged with crime, however heinous.

The writer is a member of the Ghanaian and English Bar
E-mail:This email address is being protected from spambots. You need JavaScript enabled to view it.