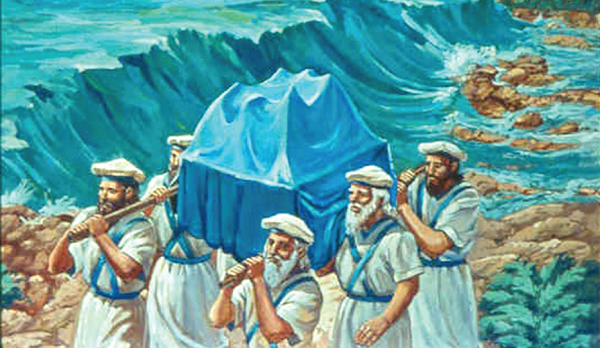 The clock ticked towards midnight. Slowly, the new year replaced the old one. As the bells tolled and loud explosives boomed across the skies to welcome the new year, I remembered a high school motto.

Something about this school motto relates to the journey ahead of us in the new year—a journey we have never travelled on before but which beckons us.

The first thing that attracted me on the first day I arrived at the Wesley Girls High School in Cape Coast with my daughter was the school’s motto—Live Pure, Speak True, Right Wrong, Follow the King.

My daughter had four years ahead of her at the school, being among the batch that pioneered the four-year secondary education that was later slashed to three. It was a four-year journey, and, the way I saw it, the school’s motto was the principles she was required to abide by.

The young students pouring into the school on the first day may not have realised the serious implication of being required to “live pure, speak true, right wrong, and follow the king,” For me as an adult who had lived many years and undertaken many journeys, that school’s motto was a serious call.

To live a life of purity (devoid of immorality and perversion); to avoid falsehood by being truthful and not double-tongued; to do what is right and correct wrongs in society, I say, is a serious order.

The motto would have been unachievable if it didn’t have “Follow the King” as the concluding charge. Following the King makes the first three parts—and any other instruction —attainable.
The King is the Lord who enables us to avoid wrong and do what is right.

After forty years of a challenging journey, it was time for the Israelites to enter the Promised Land. But they had one enormous obstacle—how to cross the over flooded Jordan River.

To enable them to cross the Jordan, the people were told, “When you see the Ark of the LORD your God and the Levitical priests carrying it . . . follow it. Then you will know which way to go, since you have never been this way before . . .” (Joshua 3:3, 4).

“Follow the Ark” means “Follow the Lord,” because the Ark represented the presence of God among the travelling nation. Inherent in that simple but critical instruction is the truth that only God knows the way; he knows tomorrow; and only he can guarantee our safety and success.

While we desire God’s blessings for the new year, God longs for us to follow him and have a closer walk with him, for he is our King.

Fair-weather worship where we go to God only at our convenience and desert him at other times is unhelpful. To follow the King only at watchnight services and then follow something else the rest of the year is self-deceit.

The Israelites did that. They followed the Ark till they crossed the Jordan, then they followed other gods, leading to their being exiled. Today, we may not be exiled, but we live in more dangerous times that require that we follow the Lord our King.

On taking stock of our life, we need to bow in humble adoration before the King and say, “Lord, help me do things better in this new year.”

If relationships went sour in the previous year, for example, focusing on the King by following his instructions can help repair damages.

In December, just before 2021 bade us goodbye, a young woman said to me, “It’s done! I’m not marrying again! I’m starting the divorce proceedings!” I just smiled and said within me, “Welcome to the club!”

All I told the young woman was, “Whatever you do, follow the King!” She must have listened, for she returned to me a few days later to say, “I’m sorry I was too hasty. Everything is all right now.”

Another example: your health may not have been as bouncy as you wished it to be; but, hey, you are alive and reading this weekend talk! Won’t you rather follow the King by thanking him for his grace? Remember the woman with 12-year nonstop menstruation (Matthew 9:20-22). Despite her ailment, she followed the King till she touched the hem of his garment and was healed!

So, the journey has begun and the new year is only a week young. Muddy, rough, and turbulent may be the voyage, but the King is with us and will help us as we follow him.

Following the King means obeying God’s instructions for our daily living to enable us “live pure, speak true, and right wrong”—the very principles we need to make our nation great and strong.