The frontage of the school
30.5k Shares

At long last the 60th anniversary celebration of Acherensua Senior High School (ACHISCO), is at the corner.

It will be another momentous day in the history of my alma mater on Saturday, November 5, 2022; a day past students, particularly, congregate and reminisce about the good, the bad and the ugly.

But, it is fair for me to say that the good side will hold sway because ACHISCO has a lot of positive stories to tell.
Established in 1961 by the government of the Convention People’s Party (CPP), the school should have marked its 60th anniversary in 2021, but the COVID-19 pandemic compelled the authorities to postpone the anniversary to a convenient date.

Saturday, therefore, marks a significant epoch in the life of this great school, as all who have had a part to play — both living and the dead — in bringing the school this far will be celebrated.

For me, it will bring back memories of the Golden Jubilee anniversary when I was recognised with a citation for my work in the field of journalism.

The theme for the anniversary is, “ Provision of quality education through discipline and hard work in the midst of COVID-19.”

Back in the days, ACHISCO was popularly known as ‘Ahafo University’. The description was apt because it was the most resourced second-cycle institution in the administrative area of Ahafo, attracting some of the best students from the Common Entrance Examination not only in Ahafo, but also the Bono areas, the Ashanti Region and beyond.

That translated into impressive academic records.

In the preface to the 60th anniversary brochure, one of the proud old students of the school, senior Albert Kan-Dapaah, currently the Minister of National Security, wrote, “ACHISCO has seen a great deal of progress and development both in its academic standing and facilities for academic and extracurricular [or co-curricular] activities.

“These have been achieved largely through the collective efforts of dedicated and conscientious management and staff, willing and hardworking students [present and past students], as well as committed and supportive governments which continue to provide a congenial atmosphere for teaching and learning.”

As a pre-teen at the Goaso Roman Catholic Primary School, schooling at ACHISCO was not on my cards, but I eventually found myself there for my secondary school education, courtesy the advice and direction of my elder brother, Kwasi Poku, who was a purchasing clerk at the then buoyant state-owned Cocoa Marketing Board (CMB).

Acherensua was a major cocoa-growing area, and the scene of articulated trucks that poured in at the CMB depot managed by my brother to transport cocoa beans to Tema for export is etched on my mind.

Suffice it to say that I have never regretted going through my seven-year secondary education (GCE ‘O’ Level & GCE ‘A’ Level) at the school.

The vision with which the first President, Dr Kwame Nkrumah, established the school under the flagship Ghana Education Trust is without question.
Osagyefo was bent on bridging the education gap between urban and rural Ghana, and through the Ghana Education Trust, a number of secondary schools, teacher training colleges and higher educational institutions were established across the country.

Acherensua was a stronghold of the CPP, in fact, virtually a no-go area for the “ma te me ho” politics of the National Liberation Movement (NLM), which had penetrated that part of the country called Western Ashanti, before the creation of the erstwhile Brong Ahafo Region on April 14, 1959.

However, Nkrumah’s decision to establish the school in the small town was not necessarily informed by the massive support he received from the people of the community.
Significantly, the people had to rely on lobbying as they sought to use education as a building block for the development of the community.

So just after Ghana’s independence on March 6, 1957, a delegation from Acherensua, comprising senior executives of the CPP made up of Opanin Banahene, Opanin Owusu Ansah, Opanin Abroneh, Madam Abena Donkor and Opanin Kwame Appau, took the first step by seeking audience with Krobo Adusei, a confidant of President Nkrumah, to discuss a number of issues, top of them being the establishment of a secondary school at Acherensua.

Upon assurance by Mr Edusei, a meeting was later held with President Nkrumah and a search party was constituted to explore the possibility of acquiring land for the school project.

The ACHISCO 60th anniversary brochure, which will be released on Saturday, mentions Opanin Appau, the only surviving member of the CPP executives, as saying Tepa in the current Ahafo Ano North District of the Ashanti Region started lobbying for the school to be sited in the town, a development that compelled Opanin Fordwor, who was the regent of Acherensua, to quickly release a parcel of land for the school project.

On November 26, 1960, the first Regional Minister of the newly created Brong Ahafo Region, S.W. Yeboah, laid the foundation stone for the school on behalf of Dr Nkrumah, and on September 22, 1961, the first batch of 70 boys were admitted as pioneer students.

In 1969, the school became a mixed school with the admission of the first batch of girls, and in September 1976, it became a sixth form school, remaining so until 1987 when the new educational reforms were implemented, bringing in place the senior secondary school system. 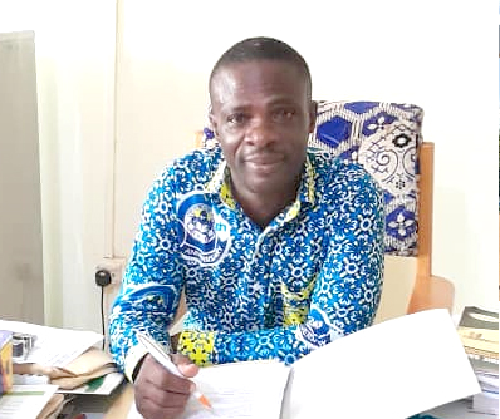 ACHISCO has chalked up several successes in academic and co-curricular activities. Products of the school have excelled in various areas they found themselves.

There has also been a marked improvement in infrastructure in the school although there is more to be done to meet the demands of the time. In this case, the role played by the old students cannot be overlooked.

Special mention is made of senior Kan-Dapaah who has demonstrated tremendous support to the school. Among his numerous contributions to the school are the donation of a brand new Nissan Pickup, a modern projector for students and a brand new 72-inch television set for the staff common room.

The writer is a Deputy News Editor of the Daily Graphic