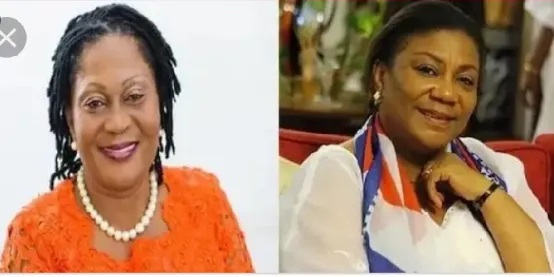 IN the next nine days, Ghanaians will go to the polls to elect their President and parliamentary candidates.

It’s important to note that only one person, out of the 12 candidates, is contesting as an independent candidate. The rest are all representing various parties.
Out of the nine male candidates, seven are married, while one is divorced and another is single.

With this, it means that the wife of any of these seven candidates is likely to become Ghana’s next first lady, should the husband, and for that matter, a male candidate win.

If Ghana’s incumbent President and candidate of the New Patriotic Party (NPP), Nana Addo Dankwa Akufo Addo, wins back his seat, it means that his wife, Mrs Rebecca Akufo Addo, the current First Lady, will become the next First Lady and, therefore, occupy the position for the second time.

Mrs Akufo-Addo, called by many as Auntie Becky, attended the Achimota Primary School and continued at the Wesley Grammar School in Accra and then to the Government Secretarial School where she qualified as a secretary.

Auntie Becky worked at the Merchant Bank in Ghana before relocating to the United Kingdom.
She qualified as a legal secretary in the United Kingdom and worked for Clifford Chance and Ashurst Morris Crisp, both multinational law firms.

She founded the Rebecca Akufo-Addo Foundation in 2017, a non-governmental organisation that enhances efforts of the government among Ghanaian women and children.

Mrs Akufo-Addo is a founder member and chairperson of Infanta Malaria Prevention Foundation, a charity organisation which was founded in 2005 to support the national effort to reduce malarial infections in infants and young children.

During the 82nd celebration of the Ada Asafotufiam Festival in August 2019, she was installed as the Development Queen Mother of the Ada Traditional Area and is known by the stool name Naana Ode Opeor Kabukie.

Her interests include early childhood malnutrition and education. Her hobbies include floristry, interior decoration and reading.
Mrs Akufo-Addo has been very supportive of her husband’s career.

Both Mrs Akufo-Addo and her husband are staunch members of the Accra Ridge Church and are committed Christians.

Another possible First Lady is the wife of former President and Presidential Candidate of the National Democratic Congress (NDC), Mr John Dramani Mahama.

She is Mrs Lordina Mahama and has played the role of First Lady before.
If Mr Mahama wins, it means that Mrs Mahama will have the second chance of occupying the position and playing the role of Ghana’s First Lady.
Mrs Mahama had her initial training in Tamale at the Tishigu Anglican Elementary School.

She later continued at the Ghana Secondary School in Tamale, where she finished her General Certificate of Education (GCE) education.

It was while at the Ghana Secondary School that Mrs Mahama met Mr Mahama.
She holds a Master’s Degree in Governance and Leadership from the Ghana Institute of Management and Public Administration (GIMPA),

Accra, and a Master of Law Degree in Business Law from the De Montfort University in Leicester, United Kingdom.

Mrs Mahama and her husband recently renewed their marriage vows at a church service which was witnessed by some close friends and family.

Her zeal and capacity to effortlessly combine many roles played a critical part in her ability to combine family life and her political duties in addition to effectively managing the Lordina Foundation. 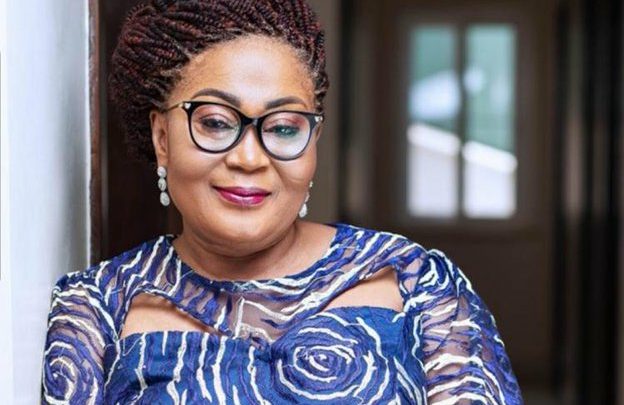 Mrs Mahama’s objectives and activities of her foundation comprise the adoption and provision of essential items to seven selected orphanages, including facilitating the building of an accommodation for toddlers at the Osu Children’s Home in Accra.

She also holds a Degree In Hospitality from GIMPA and a certificate in Catering from the Flair Catering Services.
Lordina Mahama is a great cook, loves cooking, has great passion and loves to encourage, motivate, inspire, help and counsel.

The third female who could possibly become the next First Lady of the country is Mrs Princess Andrews, wife of the founder of the Ghana Union Movement (GUM) and its candidate, Prophet Christian Kwabena Andrews.

The candidate for the GUM Party is also a teacher, an entrepreneur/businessman and farmer.

He is the founder, leader and general overseer of the Life Assembly Worship Centre (LAWC) and is popularly known as Osofo Kyiri Abosom. If Prophet Andrews, who believes in an all inclusive government, wins the seat, Ghana’s new First Lady will be the Osofo Maame of the LAWC.

The aim of the GUM is to address the challenges confronting the nation and the wife of its leader is expected to play roles that will help make that possible.
Though new in Ghana’s political front, the party put in efforts to be visible and received some endorsements.

The GUM has won the hearts of many Ghanaians and some people see the party and for that matter the wife of the flag bearer as the third possible First Lady of Ghana.
Mrs Andrews and her husband are blessed with three children, a beautiful daughter and twin sons.

She has been a supportive wife to her husband.

If the people of Ghana vote for the Presidential Candidate of the Liberal Party of Ghana (LPG), Mr Percival Kofi Akpaloo, then his wife, Mrs Delvine Akpaloo (Adjoa Pramang), will assume the role of First Lady automatically.

Mrs Akpaloo will have to combine her official, family and social functions, to play the expected role of First Lady.
She is a Qualified Chef and currently workd with St Itas Hospital in Dublin.

Mrs Akpaloo, who studied Community Development and Conflict Management, told The Mirror that she has previously worked with the South Dublin County Council as an Integration Officer.

She also did an internship inmediation, under a lady by name Madam Lucy Peprah.

Mrs Akpaloo also founded the Akua Badu Foundation, after the death of her mother.
The Foundation, she said, has the Doveson FC, which seeks to get boys off the streets.

Her husband founded the Independent People's Party (IPP) in 2011 and was the leader of the party when it contested the 2012 general election.

Mrs Akpaloo will work towards the achievement of her husband’s desire to pay child support benefits to help parents and guardians make ends meet.
She loves to serve her community.
The future First Lady and her husband have three children.

Ghana’s next First Lady could be Mrs Anita Ayariga, wife of the presidential candidate of the All People’s Congress (APC), Mr Hasan Ayariga.

Mr Ayariga was initially with the People’s National Congress (PNC), which he represented at the polls in 2012, but left to form the APC ahead of the 2016 election.

If he wins, his wife could take up the role of First Lady come 2021.
Mrs Ayariga attended Achimota Secondary School and the Kwame Nkrumah University of Science and Technology (KNUST) where she studied Graphic Design. She is also a business woman.

She and her husband have three daughters and two sons.

Recently, Mrs Ayariga’s husband is reported to have said that “My wife prays for Akufo-Addo every morning. She prays that God gives the President wisdom to rule the country. At such moments, she is not praying for my political opponent but for the President because whether I like it or not he is the President.”

He is also reported to have said that he will decentralise the current system of governance to allow for youth participation, to create unity and political tolerance across the country. He also believes in the need to invest in the youth.