Mfantsipim made me Rex Danquah and I owe Mfantsipim everything 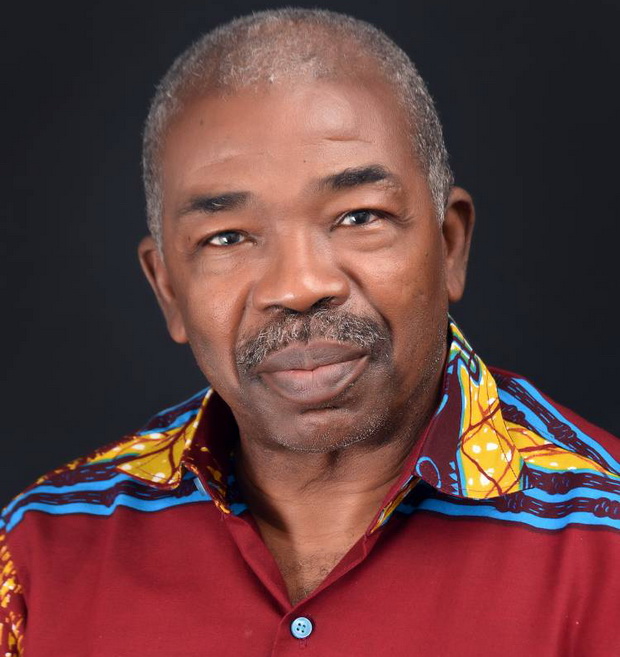 Dreams and dreamers build nations and the whole essence of faith is dreams; as we are told, see it, visualize it, form it in your mind’s eye before you actualize it or give birth to anything in life, even discoveries; and Mfantsipim gave me that gift of dreaming from the early age of 12.

The name of the school – Mfantsipim, its motto – DWEN HWE KAN, its crest, the lives of the founding fathers, if you read that regularly then you would appreciate what the school is all about.

When I authored the book – THE MFANTSIPIM DREAM, it was with the full understanding and appreciation that it will add some meaning to my life and my own story too.

When I authored two life-changing articles in the dailies: “MFANTSIPIM IS A BRAND” and “‘FOR ALL THE SAINTS’, A HYMN THAT DEFINES CHARACTER OF MFANTSIPIM”, it was with the full understanding and appreciation that going through any school was not just for academics, but also to go through a system to mould one’s character for life.

When I instituted an essay competition for students on “THE HOUSE OF MFANTSIPIM”, akin to the Biblical House of Jacob, it was to draw everybody’s attention to life itself. Every house one stays in or rent to live in impacts one’s life, especially like how Jacob gave the attributes of each child he bore for their descendants, so does the dormitories we reside in through school influences our lives too.

Thus, like the House of Jacob, every student of Mfantsipim, according to his dormitory should also research and know about the lives of the people his dormitory has been named after like Balmer, Acquaah, Freeman, Aggrey, Pickard, Parker, Sarbah, Picot, Abruquah, Monney, Lockhart, Schweitzer, Bartels, and Sneath – all these gentlemen have in various ways added to the brand of Mfantsipim School.

One gentleman that I would have loved to have a facility or a new dormitory or the third floor of Bartels-Sneath named after will be Rev. A. R. P. Bartrop – great servant of Mfantsipim, who when he died the whole township of Cape Coast then came to a standstill, crying for this ‘saint’. Prof. Adu Boahen’s book – ‘Mfantsipim and The Making of Ghana’ – highlights the fact that the hymn, “For All The Saints”, was sung for the first time during the 2nd Founders’ Day celebration on November 9, 1910. This was in memory of Rev. Bartrop and thereafter it became the school hymn, calling people, especially current and old boys to selfless and dedicated service to the institution – Mfantsipim, humanity – particularly Ghana & Africa and God. Just a digression for a good reason to explain my life-long commitment to everything, Mfantsipim.

I took my first Common Entrance in 1966, I am told by my uncle, Nana Kow Cornelius (my mother, Jane’s younger brother), who was then with our family in Axim and got admission for Adisadel College and my father refused my joining the school. Those days he didn’t bother to travel to Cape Coast and pursue a change in schools, as he wanted me to attend his alma mater, Mfantsipim. I took part in the 1967 Common Entrance and this time had admission for Mfantsipim.

At the Axim Anglican Primary and Middle Schools, I had jumped classes a couple of times in the same academic year because I was almost always first in class, including the next class; and sometimes when the teacher for any class was absent, I would be asked by the Head Teacher to go and take the class. The only next class I refused to join was my big brother’s class because thought it most humiliating, but taught them ARITHEMATICS. This was before Mathematics was introduced and worse, I was the village Bank Manager’s son, who was affectionately tagged, my father’s dog because I was always with him off-school and working times.

My classmates at my 66th birthday tagged my 1967 Common Entrance picture and one of my recent pictures as: “Magnus Rex Danquah, Class Editor, Class Football Coach, Scriptwriter and accomplished barber of the Pickard Parker boys.

My class and dormitory-mate, Aggo Akyea also wrote on my 66th birthday that I always had a new topic for a conversation with fresh first released James Brown 45 rpms, with my incessant organizational ability of GUNSA and all manner of clubs’ parties.

At that age, I had one of the most beautiful handwriting in the school and I remember this form five senior, who gave me lots of his friend’s class notes for me to copy for him, especially as he was in the habit of missing classes and this exercise always taking me forever in terms of days’ un-end.

One Sunday, unfortunately for me, after supper at the Dining Hall, I came back to the dormitory to pick something before returning to the Academic site; and then this senior saw me, called me and made me stoop for such a long time for failing to complete the assignment he had given me and against the backdrop of him having a class the following day, Monday.

Later, when the House Prefect for the upper dormitory, late Lapidis Gaisie came and found me in most pitiable state, he asked me what happened. After recounting my story, he only smoothen saying it will be difficult to punish the Form 5 student, given the circumstances, but he will inform the then Head Boy, E. T. Tawiah (1967 / 1968) about the incident to see the way forward so that it wasn’t repeated.

One of the activities planned for Saturday evening entertainment was a Boxing Night and for that weekend, the Head Boy challenged this Form 5 boy to a no-weight contest. Truth be told, the Form 5 student was not only tall but huge, whilst the Head Boy was tall and well-built muscular gentleman; and from the proceedings, one could see that he was well-versed in the art and skills of boxing to not only beat his opponent of points but also taught his some lessons too. Thereafter, no senior crossed my territory because everyone knew I had a ‘godfather’ in not only the House Prefect but also the Head Boy.

That night I learnt lessons of the fundamental law of humanity: TO BE THERE FOR OTHERS ALWAYS without the expectation of reward or prize or returns. I was in no way related to both the House Prefect and the Head Boy but they both chose to defend me. To that extend, I can’t count the number of students I have facilitated their admissions into Mfantsipim School and from people, I am unrelated to by blood; whilst I have gone further to lead the admissions of some of the students into tertiary institutions as a calling.

I have also gone further to spend personal resources, including the purchase of sports equipment and accessories for the School in the last how many years.

The incident marked me for the rest of the academic year, against the background that in the second term (Adow Bir), I had lost my father, AMOS WILLIAM DANQUAH, then with the Ghana Commercial Bank and suddenly I was an orphan. I lost my mother 2 days to my 4th birthday in 1959.

From the boy, who could walk into the Cape Coast branch of the Ghana Commercial Bank, see the then Manager and ask for money, he only calls my father, asks how much I needed and then I was given to indulge myself in such things as ordering comics from the UK and Nigeria magazines, which featured Spear as main character with Rabon Zollo as his arch-enemy criminal; then in a term fortunes turned to an orphan, with nothing than the twenty Ghana Pesewas (GH₵0.20p) every fortnight as pocket money.

I was now faced with the challenges of paying terminal school fees, especially as the Pension Scheme at that time was so difficult to compute by the SIC then that it took me from 1967 to 1972 to receive my share of my father’s pension. The simple and short of it was that my school fees accumulated from Form 1 third term (Eso Bir) to dire consequences that by the time of the Mock Exams in Form 5, I was owing the highest school fees arrears, with the next owing not even one-tenth of mine. This is even after the School had awarded me a bursary and the Headmaster then, the late O. K. Monney securing a Cocoa Board scholarship. Accessing my School File, I read the Bursar’s minutes that “I already enjoyed a bursary”, and the Headmaster insisting that he applied on my behalf.

If it was now, it would have meant I would have stopped school in 1968 / 69 in Form 2. Thus, but for Mfantsipim, I wouldn’t have completed School to become the person that I am now.

The other side of why I owe so much to Mfantsipim, and also that Mfantsipim made me who I am now is that even though I graduated from the Kwame Nkrumah University of Science and Technology (KNUST) with a degree in Land Economy and Estate Management, the fields that have launched as well as etched my name into national and international light, have those that were my hobbies at Mfantsipim School, over the 7 years I spent there, ending as the Grounds Prefect in 1973 / 1974.

The fields of newspaper publishing, events as well as sports management were the issues of life that flamed my passions, including publishing the class paper – THE LIGHTNING in form 3B or Arts, Team Manager of the Class Football Team to win a trophy in 1970, playing various roles in all manner of social clubs during the 7 years I schooled at Mfantsipim.

As Nana Kobina Nketsia V, Omanhen of Essikado Traditional Area and my senior at Mfantsipim would write: “I want to thank you for all your thoughts and actions with regard to this country, my people and me” – this is all that Mfantsipim School taught me, NATIONALISM, SELFLESSNESS, PATRIOTISM, GIVING TO THE LESS FORTUNATE as I once was, FIGHTING FOR OTHERS WITH CAUSE, GIVING TO THE COMMUNITY BY WAY OF SERVICE, PLACING THE SCHOOL – Mfantsipim AND THE NATION, Ghana AS WELL AS THE CONTINENT – Africa FIRST IN ALL THINGS within the Spirit of DWEN HWE KAN. How else can I afford to look the other way growing up in this nation of ours?

If I haven’t learnt from anybody at all, the LIFE & SPIRIT OF JOHN MENSAH-SARBAH & MFANTSIPIM should not only guide me through this life but steer me always to DO WHAT IS RIGHT ALWAYS.

This way also, it will be our calling, those of current generation and the next, that the toils of the Founding Fathers of the School, their exploits within the Aborigines Rights Protection Society (APRS) and the fight for Ghana’s Independence would never be in vain.