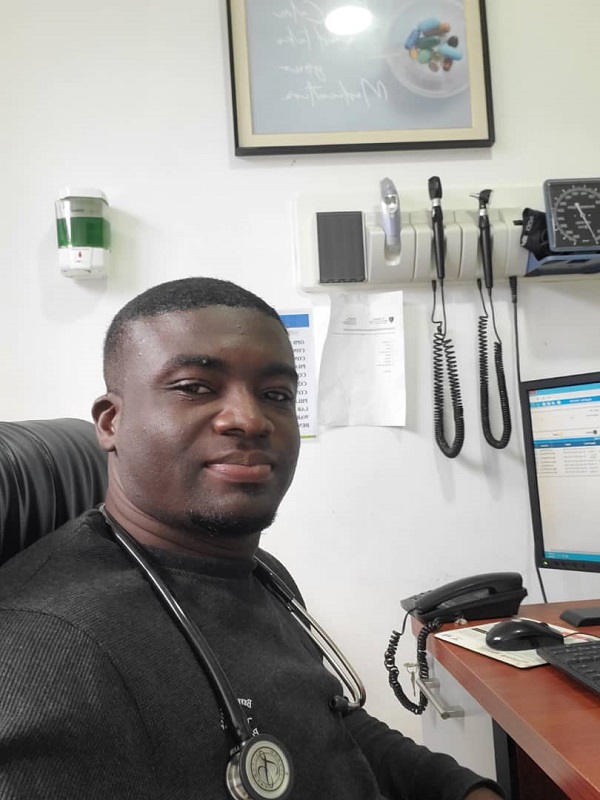 As we celebrate world malaria day on 25th of April, St. John’s Hospital and Fertility center and the entire management wishes to use this opportunity to create awareness on malaria so as to educate, inform and empower the entire populace on this deadly but somewhat overlooked illness.

Malaria is a disease caused by four Plasmodium parasites namely Plasmodium falciparum, Plasmodium vivax, Plasmodium ovale, and Plasmodium malariae. Plasmodium knowlesi, which is the newest species, causes malaria in macaques which are particular species of monkeys but can also infect humans. These parasites infect the red blood cells and cause sickness. The parasite is spread through the bites of infected female anopheles mosquitoes.

While the disease is uncommon in the temperate climates (cold climates), malaria is still common in the tropical and subtropical countries. Each year, nearly 290 million people are infected with malaria, and more than 400,000 people die of the disease.

The name was derived from the Italian words “Mal” meaning bad and “Aria” which also means air. This word was coined by Italian physician called Francisco Torti, who believed that the illness was caused by bad air from the swamp.

Malaria’s appearance in Rome in the first century was a defining moment in European history. It is believed that, from the African tropical rain forest, the sickness probably traveled down the Nile to the Mediterranean, and then, spread to the northern part of Greece.

Greek merchants and pilgrims took the parasite to Italy and wide infestation of the parasite started. Merchants as well as Roman soldiers also spread the parasites as far as north of England and other European countries.

The spread of the parasite did not only remain in the European countries but spread further to the Americas. Its devastating effect was also felt by the American soldiers during the civil war.

The transmission of malaria was unraveled in 1880 by the French surgeon Alphonse Laveran, while stationed at a hospital in Algeria as a military surgeon. He observed a parasite moving within a red blood cell of a malarial patient under the microscope. For his discovery, Laveran was awarded the Nobel Prize in Medicine in 1907.

Hippocrates, "Father of Medicine", was the first to describe the manifestations of the disease, and relate them to the time of year the disease peaks up.

It is worth to note that in 1955, WHO started worldwide malaria eradication programme using DDT to kill the mosquitoes by spraying. It worked for a while until 1970 when the mosquitoes developed resistance to the DDT so the programme failed.

Life cycle of the plasmodium parasite

As mentioned already, Malaria is spread by the bite of the female Anopheles mosquito. The mosquito becomes infected with the Plasmodium parasite by feeding on the blood of an infected human.

During this period, mosquito ingests the gametocytes (Sexually reproducing cells) of the parasite, which takes between 10-18 days to grow inside the mosquito. Once the parasite matures into a motile stage, it migrates to the salivatory glands of the mosquito and then gets injected into a human when the mosquito goes for a blood meal.

The parasite infects liver cells of the human, where it further matures into a schizont (asexual reproduction). This stage allows the parasite to reproduce asexually. In two weeks time, the parasite multiplies into thousands of cells and migrates to the red blood cells. This is when symptoms such as fever, headache, chills etc starts to arise. The parasites then have the ability to become gametocytes (sexual reproduction) and spread to another mosquito to infect more hosts.

Signs, symptoms and complications of Malaria

Malaria is usually classified as asymptomatic, uncomplicated or severe. Asymptomatic malaria can be caused by all the plasmodium species. With this type of malaria, the patient will have parasites circulating in his or her bloodstream but there will be no symptoms.

Uncomplicated malaria can also be caused by all the plasmodium species. Symptoms generally occurs 7-10 days after the initial mosquito bite. Symptoms are non-specific and can include moderate to severe shaking chills, profuse sweating, headache, nausea, vomiting, diarrhea and anemia, with no clinical or laboratory findings of severe organ dysfunction.

Severe malaria is usually caused by infection with plasmodium falciparum, though less frequently, it can also be caused by Plasmodium vivax or Plasmodium knowlesi. Complications includes severe anemia, end-organ damage, coma as seen in cerebral malaria, pulmonary edema, hypoglycemia etc. Severe malaria is associated with hyperparasitemia which can lead to death.

The primary objective of treatment is to ensure rapid and complete elimination of the parasites causing the disease from the patient’s bloodstream in order to prevent an uncomplicated case of malaria from progressing to severe disease or death. Effective treatment reduces transmission of the infection to others and also prevents the spread of resistance to antimalarial medicines.

Treatment of malaria depends on the species of malaria, as well as on the severity of the disease. Most antimalarial drugs target the erythrocytic stage of malaria infection, which is the phase of infection that causes symptomatic illness such as fever, headache, chills etc.

Antimalarials currently used in the treatment of malaria comes in four major drug classes. These are quinoline-related compounds which includes primaquine, quinidine, amodiaquine, piperaquine, mefloquine which is normally used as a malarial prophylaxis.

Chloroquine is also part of the quinolines but it’s not been used in Ghana and other countries in the subregion anymore due to its resistance to the malaria parasite. The other class of antimalarial is the antifolates. This class of drug includes sulfadoxine, pyrimethamine and proguanil.

These drugs block the division of Plasmodium species within both the liver and blood stage. Intermittent preventive treatment of malaria in pregnancy using the combination therapy of sulfadoxine-pyrimethamine (SP) remains an effective strategy for preventing malaria in pregnancy.

The Intermittent preventive treatment is effective in reducing the level of malaria infection in pregnancy, maternal anemia, low birth weight, and neonatal mortality.

The next class of drug is the artemisinin derivatives. They were derived from a plant called Artemisia annua. It has rapid broad-spectrum activity against most of the plasmodium species. Lastly, the next class are the antimicrobial (antibiotics).

It’s worth noting that, in Africa alone, malaria costs over $12 billion a year in treatment and preventive programmes. And it also worth noting that every year, malaria kills more people than HIV/AIDS globally.

The introduction of malaria vaccine, Mosquirix, following a successful pilot programme in Ghana and other countries in the subregion and Africa as a whole, will go a long way to reducing malaria cases that are admitted to the hospital by 30%.

In conclusion, to avoid morbidity and mortality caused by malaria and also high cost of treatment and preventive programmes, one can prevent his or herself from getting malaria by:

• Draping of mosquito net over the bed.

• Putting screens on windows and doors so as to prevent mosquitoes from entering the rooms.

• Desilting and cleaning of gutters and drainages in order to prevent breeding of mosquitoes. As the adage goes, “Prevention is better than cure”.