Kintampo! Let’s go to the Centre of Ghana 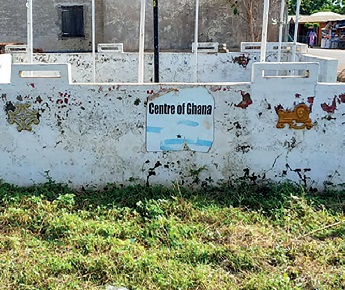 Kintampo, the capital of the Kintampo North municipality in the Bono East Region, has become popular over the years because of the Kintampo Waterfalls, one of the highest falls in the country.

However, another iconic monument that has put the town on the tourism map is the Centre of Ghana site.

Kintampo is the geographical centre of Ghana as measured in colonial times.

Located in the heart of the town, the exact point denoting the centre of Ghana is marked with a monument which has the national flag hoisted on it. 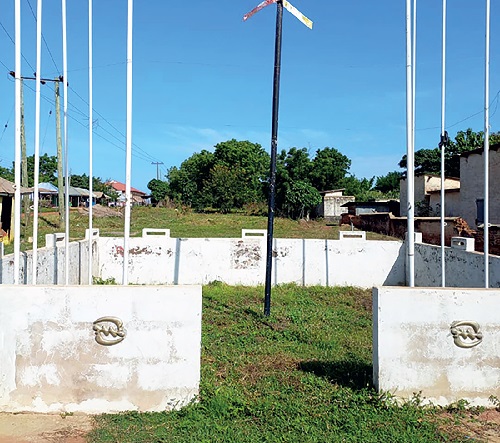 The monument is sited next to the old police station, 100 metres from the Techiman-Tamale Highway.

Upon entering the central business district, visitors can take the first paved road to the left, passing the Okumah Executive Lodge to see the monument on the left.

Despite the significant tourism potential of the site, it has been neglected and currently does not depict its status as the centre of the country.

Aside from a structure constructed by a vulcaniser in 1992 to demarcate the place, it has not seen any meaningful development.

Initially, the wall erected around the exact point was painted in the national colours while the Coat of Arms was mounted in the middle.

However, the structure has since deteriorated due to a lack of maintenance.

The place looks bushy, unkempt and unattractive to visitors. There is also no tour guide at the site as it has been left unattended.

In an interview with the Daily Graphic, the Bono East Regional Director of the Ghana Tourism Authority (GTA), Joseph Appiagyei, lamented the deplorable nature of the site, saying “it does not befit the status of the Centre of Ghana.”

“When tourists visit the waterfalls and they pass by the site to take pictures and see it in that state, they get disappointed,” he said.

He indicated the site had the potential to generate huge revenue for the assembly because all guests who would visit the Waterfalls would like to spice up their tour with a view of the Centre of Ghana monument.

He said though the GTA had earmarked it in their development plans, it had no funds immediately to work on it.

For his part, the Municipal Chief Executive for Kintampo North, Isaac Baffoe Ameyaw, said plans were far advanced by the assembly to develop the place into a very viable tourist centre. 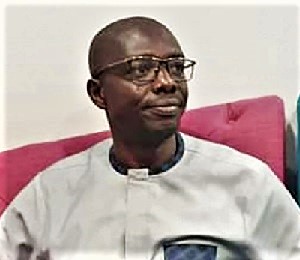 He said the assembly had included it in its long-term development plan and was looking for investors to collaborate with them to develop the iconic tourist site.

“We have held talks with a number of investors, including the Indian High Commissioner to Ghana who recently visited the area. It is a capital-intensive project so we hope to partner with corporate entities or investors,” he said.

Mr Ameyaw, however, called on investors to consider investing in the tourist site in the municipality to help boost tourism and create jobs for the teeming youth.

The Kintampo township serves as a major transit point for traders from the north to the south as well as the sub-Sahel Africa. Due to its location, it attracts people from all walks of life.

Aside from its viable commercial activities, it abounds in a number of tourist attractions including the British Cemetery which once served as a cemetery for members of the Gold Coast Regiment.