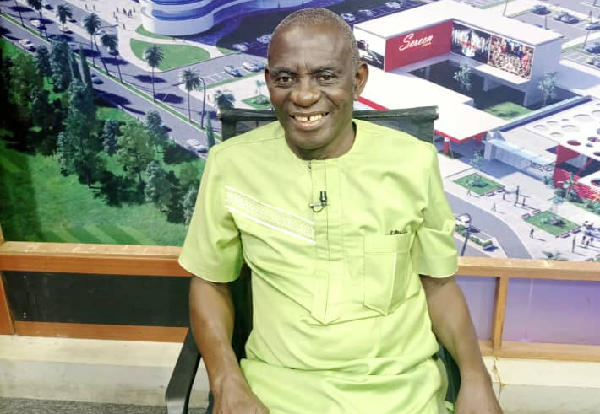 He represented the Twifo Atti Morkwa Constituency in the Central Region on the ticket of the New Patriotic Party (NPP) in the Seventh Parliament. Prior to that, his zeal to help cocoa farmers in the Twifo Hemang Lower Denkyira District in the Central Region, as the then Assemblyman caught the attention of then President, John Agyekum Kufuor.

As one of the initiators of the Cocoa Hi-tech, Coco Abrabopa and Cocoa Mass Spraying in Ghana, he was eventually invited to accompany former President Kufuor on a trip to Washington in the United States.

There, the Michigan State University (MSU) bought into the concept, followed up to Ghana and, in partnership with the Kufuor Foundation and the Bill and Melinda Gates Foundation, implemented the Competitive Africa Rice Initiative (CARI), under the Cut Hunger and Poverty Foundation of the MSU.

As the policy adviser to the project in Nigeria, led by the Central Bank of Nigeria, even with no formal agricultural background, his contribution is being celebrated for providing technical support and direction for the programme that could be a blueprint for other African countries towards food self-sufficiency.

To confirm its success in achieving a bumper harvest of the produce in 2021, Nigeria’s President, Muhammadu Buhari, launched what has been described as the country’s single largest rice pyramids ever assembled.

Our Staff Writer, Ama Amankwah Baafi (AAB), caught up with Abraham Dwuma Odoom (ADO) and we bring you excepts of the interview. 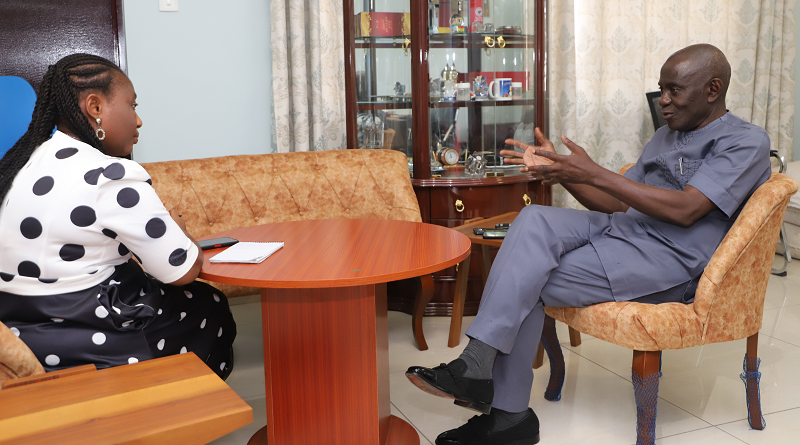 AMA Amankwah Baafi (AAB): So Honourable, how did you become involved in rice production in Nigeria?

Abraham Dwuma Odoom (ADO): The CARI project sent me to Nigeria to be the Policy Adviser. We had a technical aspect and then policy aspect. I was to handle the advocacy issues where the government and the stakeholders will come together to drive a common front of competitive rice production in Nigeria.

So when I got to Nigeria, I took time to go round the entire country in the first month; almost all the rice growing areas, where I made my notes. 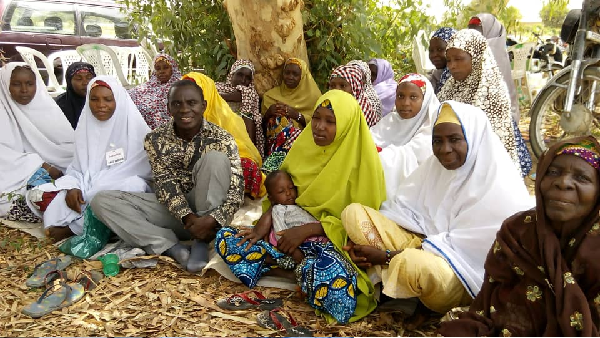 Then I came to the realisation that Nigeria had everything it took to produce rice — land, water and labour, but there was a disconnection. I did the maiden meeting with the major stakeholders. And I started from the financial institutions because we needed money and I didn’t need the central bank.

Afterwards, I invited the statutory agencies — police, customs, World Food Programme (WFP), Food and Agriculture Organisation (FAO), ECOWAS Secretariat, millers, importers, farmers, etc. They gave litany of excuses and I said let us look at how we can correct or convert those excuses into opportunities. 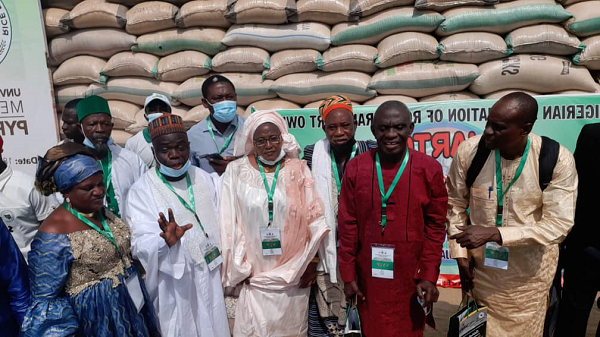 AAB: So what did you do to address the litany of excuses?

ADO: I recognised that I needed to create inspiration, then when we got the results we could turn over the whole picture. I realised that between the farmer and the input dealer, the latter was giving the farmer grains instead of seed, whatever fertiliser that was given to the farmer was fake, pesticide was fake, the farmer was growing heterogeneous cropping on the same field. So when the miller came for it after harvesting the rice was not correct so the miller would mill at a loss. 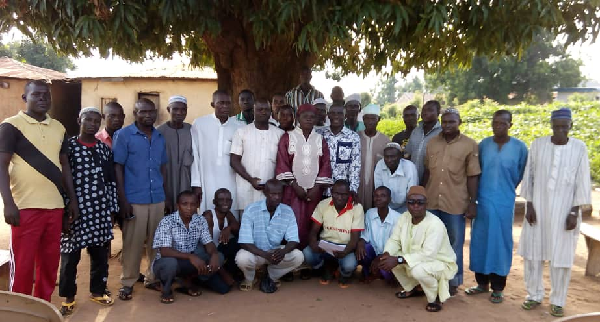 The whole chain was disconnected. So I came up with a programme I dubbed reorganisation and reorientation.

One thing that saved me was that I identified with them (ate with them, sat on their ( Okada) so they bought into all I told them. We started working and between the farmer and the seed supplier; the miller and the farmer, importers and input dealers, we got it right so things started changing.

Meanwhile, my technical men were working on the farmers, moving them from 1.5 metric tonnes (MT) to around six and seven MT, producing with the same amount of inputs. Therefore, any loan they took they could repay. 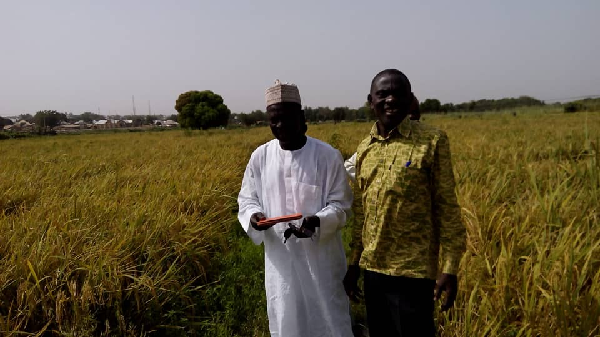 AAB: What was the foundation of the Nigeria rice revitalisation project: was it a government policy or a private sector initiative?

ADO: It was private sector led. Meanwhile, we spoke to the government through the Federal Ministry of Agriculture. The central bank, commercial banks and others were involved.

In one of the meetings, specifically at Jigawa, an officer hinted that the central bank had Import Substitution Money and that if we wrote that money would go to the farmers for the project, we would get it. We did and it was agreed that the central bank would give to the commercial banks at six per cent, for on-lending to farmers and those along the value chain at nine per cent.

AAB: The project is touted as succeeding fairly well, what will you say are the critical success factors?

ADO: The reorganisation, the reorientation, the readiness and, especially the highest cooporation of the central bank, were the factors. The Nigeria success story is mainly because of the right decision the bank took. They were spending about $6 billion on importation of rice so just imagine how much they have saved. 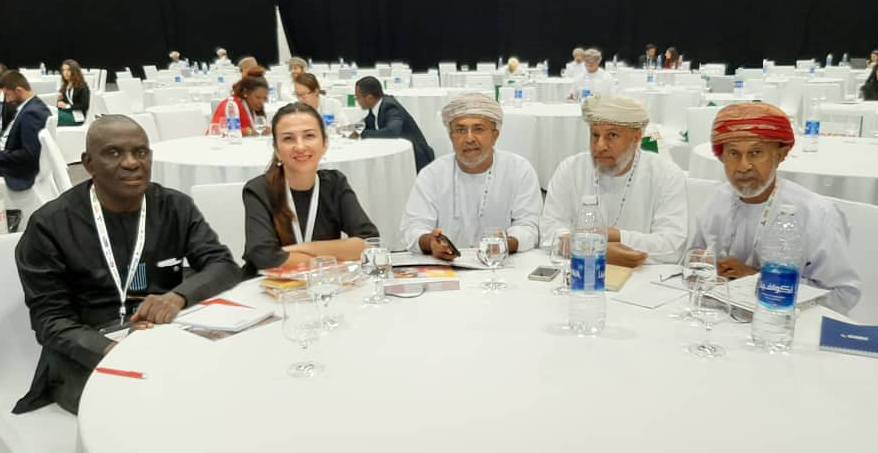 AAB: Ghana struggles with a huge rice deficit, estimated to be around 50 per cent of total need. How possible is it to replicate the Nigeria example here?

ADO: It is possible if the factors are right. It is very important to note that when we were doing the Nigeria one, we were doing the Ghana one. Ghana used the Ghana Rice Inter Professional Body (GRIB) model, and I can say it on authority that if we continue to use that one we will not get it right.

Why is it that Ghana was not successful? It is because of the approach that we are using. The GRIB is like a Ministry of Agriculture project that has been upgraded but the Nigerian one was privately led. 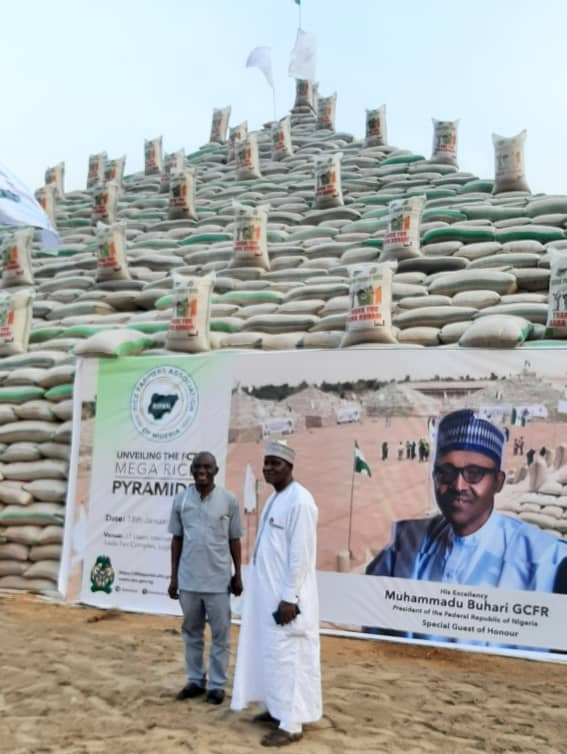 If you are trying to use a process or a methodology that is not working you change it because CARI has come and gone and still Ghana is where it is. It means the method that we are using will not work. So why don’t we eat the humble pie and turn it round?

They might have chalked up some iuce46xzqa success in terms of standardisation and the rest but the method that they are using and the human factors over there will not help Ghana achieve what we expect to. 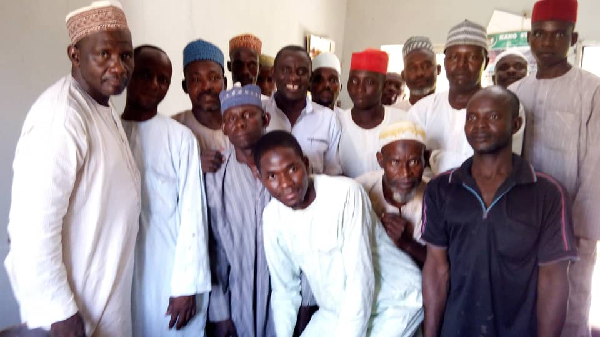 I suggested that when I was in Nigeria and I was doing it, I did it so that it will become a blueprint for the whole of Africa. Because I know that if Nigeria gets it, the whole of Africa will get it. What I am expecting is that we all sit down, I won’t say I was 100 per cent correct though, but we can sit down, pick a good aspect of it and then we come up with a blueprint so that every African state can use it and get out of it.

I remember three years ago, when I went to Nigeria to give a lecture I realised that they had used it not only for rice — the value chain that we built was used for several other crops to the extent that Nigeria now is producing wheat.

I’ve never done agriculture before but it is the spirit of God that is pushing me to do the things that I am doing. 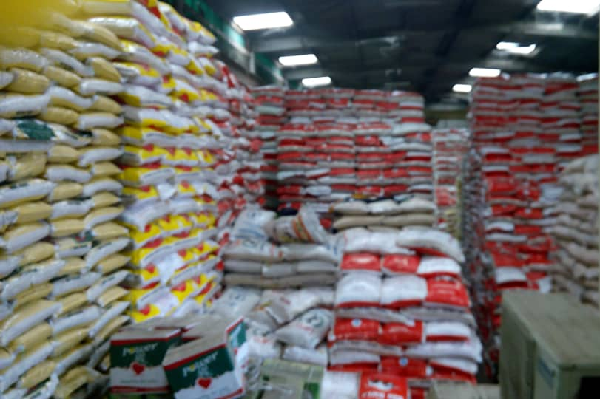 AAB: Local producers complain of low patronage and consumers on the other hand also complain of lack of quality. How can we bridge the gap?

ADO: At the end of the day, we sit down and bring all those along the value chain. The consumers want quality rice, competitive price, so let’s work on the consumer aspect, then after we work on the production lines, and once we get to respond positively to the consumers we have a deal.

AAB: What is your advice to the rice producers as far as gaining acceptance is concerned?

ADO: Competitiveness, quality and price and availability. If your quality is okay and is available and the price is good, consumers will accept it. 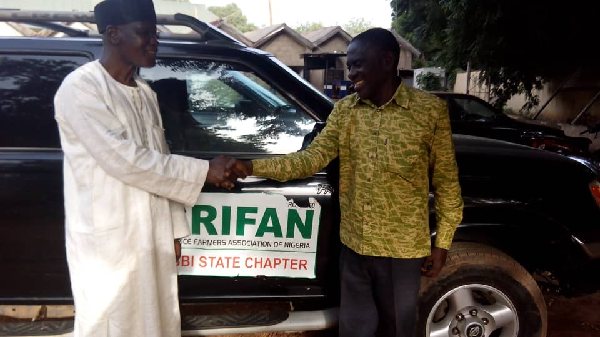 AAB: What will it take to transform the agriculture sector, using not only rice?

ADO: We need to look at rice, the cereals and poultry. I don’t call the things that are done in the agriculture sector as interventions when people are only interested in allowances, project allowances. When I was in Nigeria it was not project allowances that were motivating me. What was motivating me was getting Africa out of rice importation, period!

Until we have identified people who have passion and perseverance and commitment and selflessness to pursue these things, we will go and come with projects always because people are only interested in sitting allowances and drinking tea. 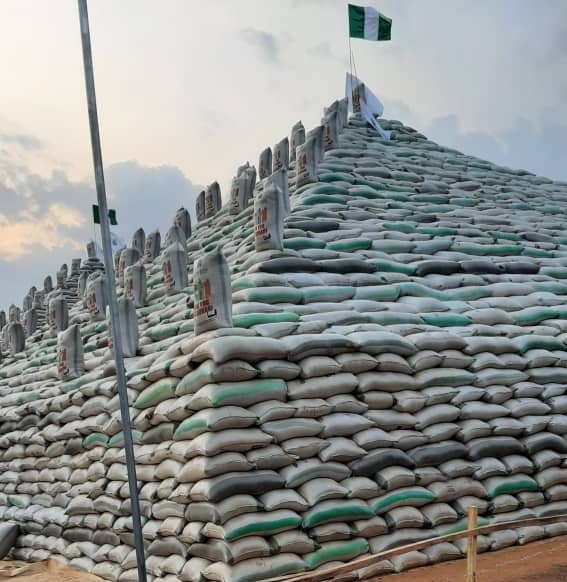 Development and transformation are based on ideas. I like to engage people with ideas. You bring your idea, I bring mine, we fertilise it.

But here our journalists encourage us to be lamenting. The journalists engage us in a liturgy of lamentations and storytelling. That is not what we are looking for. We are looking for an engagement of ideas. You go to Rwanda, they’ll bring a challenge and people from all walks of life will contribute to how to make their challenge become an opportunity. But here in Ghana it is the National Democratic Congress (NDC) and the New Patriotic Party (NPP). 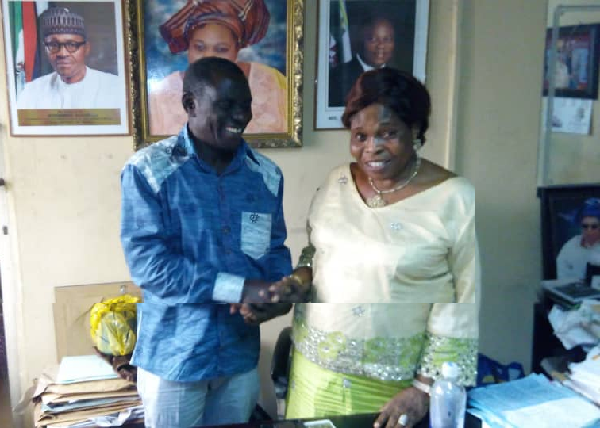 AAB: Are you mentoring others?

ADO: Yes, a lot of them. Some will come out soon. A lady was in Accra taking GH¢1,500 monthly and was always complaining. She went back and I supported her initially. As we talk now, she has about 2,500 layers, about 1,000 free range, as for snails plenty, 10 acres of cassava six acres of maize, so that she uses her maize to feed the poultry.