History of the Dagbon State 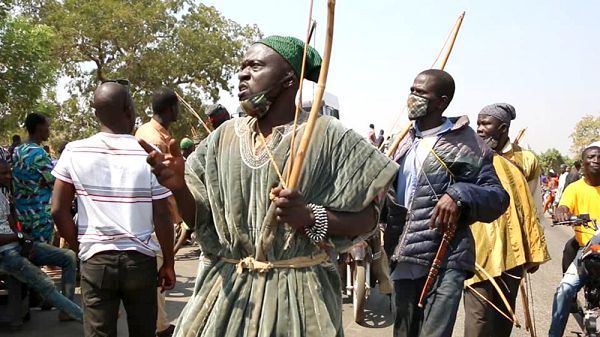 was a very brave hunter who mastered the art of archery. On arrival in the Mali Empire, he settled in a village in the middle of a drought. The only source of water for the people was a river that was taken over by a wild bush cow that terrorised and killed the people.

Tohazie led the people to kill the wild beast, making the river accessible. He also organised the people and successfully waged war on rival villagers.
For his bravery and assistance to the people, Tohazie was rewarded with a Malian princess, Pagawubga, for a wife and fathered a son, Kpogon-umbo. 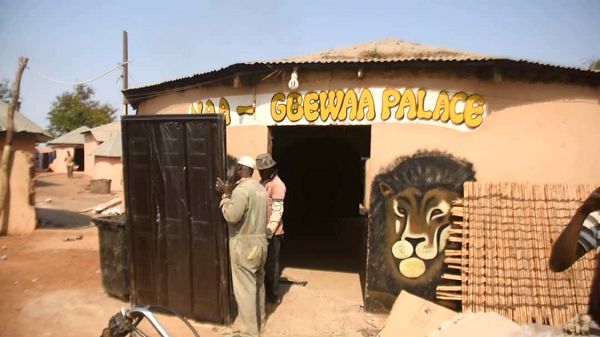 The old Gbewaa Palace in Yendi

-umbo later seized power and ruled over Biun in Gurma. His son, Naa Gbewaa (or Bawa) left Biun with some of his followers to settle at Pusiga in the north-eastern part of Ghana where he ruled until he died.

In Pusiga, the chieftaincy of the Kingdom of Greater Dagbon became known as ‘Nam’, which was the preserve of the male children of Naa Gbewaah.

His son, Zirili, succeeded him, but succession disputes among three of Zirili's younger brothers - , Mantambo and Sitobu - led to the kingdom's demise.

The three moved southwards from Pusiga with their followers. founded the Mamprusi Kingdom, Mantambo the Nanung Kingdom and Sitobu the modern Dagbon Kingdom. 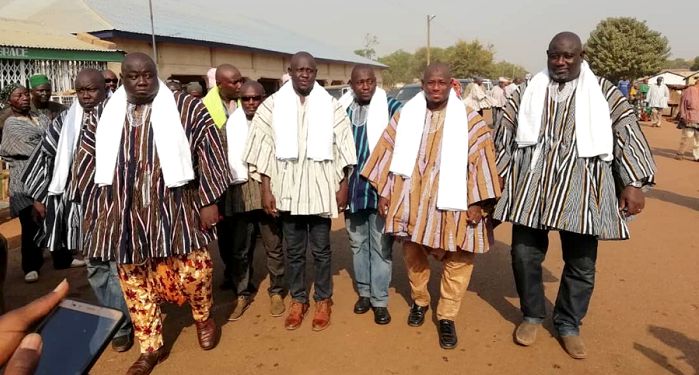 Sons of the late Andani II heading towards the funeral ground

This is the reason why the people of Mamprugu, Nanung and Dagbon consider one another as brothers because they share the same ancestry in Naa Gbewaah.

A daughter of Naa Gbewaah, Yentuagri, married a Grumah and together, they established the Moshi Kingdom.

Sitobu subsequently settled briefly at Gambaga before moving south to Namburugu, near Karaga, where he founded the modern Dagbon state.

son, Naa Nyagsi (1416-1432) who succeeded him, embarked on a war of expansion and established his capital at Yani Dabari in Diyali near Tamale where he developed a stable political organisation by enskinning his sons, brothers and uncles as rulers over his subjects.

In about 1700, the capital was relocated from Yani Dabari to a new city also known as Yani (Yendi) in the east because of incessant wars with neighbours. 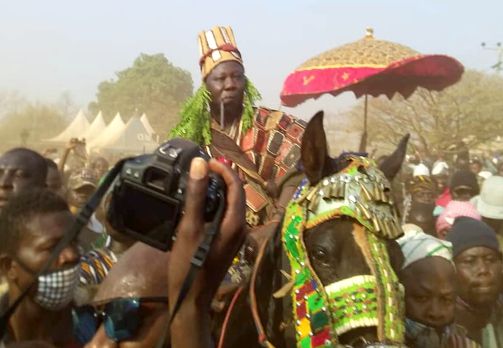 The Kampakuya Naa Andani Yakubu Abdulai, the Regent of Dagbon arriving at the funeral ground

Naa Nyagsi was later succeeded by many chiefs, including Naa Zangina who in 1713, defeated his neighbours at Sang near Yendi.

Not only is Naa Zangina reputed to be the first Muslim ruler of Dagbon, but is also credited with encouraging trade with neighbours.

With the relocation of the capital to Yani and the return of peace, a Muslim community emerged at the Yaa Naa’s palace at Yendi. A group of Mande origin, led by Sabali-Yarla, and some Hausa Muslims, led by Kamshe Naa, propagated Islam in the kingdom by becoming the Yaa Naa’s Mallams who led him in prayers. Titles were given to the various Muslim clerics at the palace such as the Naa, the Nayil Liman and the Yidan Kambala.

The extension of trade with the Dyula, and later with the Hausa, linked the Dagbon state with neighbouring kingdoms such as the Fezzan of Egypt and the Bight of Benin. And by 1788, Yendi had established one of the biggest markets in West Africa.

Because of its closeness in culture with other Sahelian neighbours such as the Mossi Kingdom, the Mali and Songhai Empires and the Hausa Bakwai in Nigeria, Dagbon became a major trading partner in salt, kola nuts and slaves.

Dagbon on course for peace

Boling-Lana installed as Regent of Dagbon

Give peace a chance in Dagbon

In 1888, Dagbon became part of a neutral zone stretching from Yeji to Yendi, that was established to forestall conflict between the Germans and the British. The area was later partitioned between the two powers, and Yendi came under German control, thus separating the Yaa Naa from his people in the west.

In 1896, the Germans clashed with the Dagombas at the Battle of Adigbo and the latter, who could not withstand the sophisticated weapons of the Germans, were defeated.

In 1899, the British and the Germans split Dagbon between German Togoland and the Gold Coast.

Following World War I, eastern Dagbon became part of the British-administered mandated territories established by the League of Nations and reunited with the west, allowing the Yaa Naa to resume control of his people. 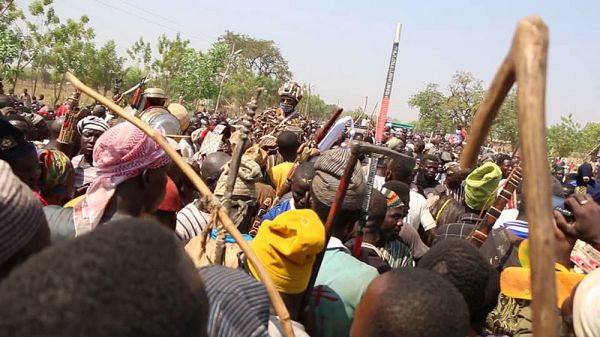 The British implemented rule, in which Dagomba chiefs were made to administer local government structures and this policy perpetuated Dagomba dominance over minority tribes. The British largely neglected the economic development of Dagbon. To pay the head tax the British imposed, the people had to migrate to southern Gold Coast to work in mines and on cocoa plantations.

The Kingdom of Dagbon enjoyed a distinct constitutional position before it became part of the Ashanti Kingdom and British Togoland.

Today, the Gbewaa Palace remains at Yendi. The kingdom is divided into territorial chiefdoms, categorised into divisional and village chieftaincies. There are three major ‘Nam’ Gates reserved for the sons of former Yaa Naas. They are Karaga, Savelugu and Mion, which occupancy qualifies one to contest for the , or head chiefdom, at Yendi. 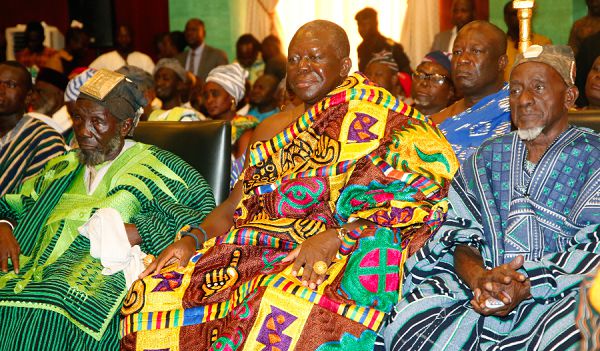 Otumfuo Osei Tutu II (middle) and Nayiri Naa Bohogu Abdulai Sheriga (left) and Yagbonwura Tuntumba Boresa Sulemana Jakpa I constituted the three Eminent Chiefs who were tasked with finding an amicable solution to the dispute that erupted between the two Royal Gates - the Abudus and Andanis.

Succession to the used to rotate among three Royal Houses but has now been reduced to two: Abudu and Andani.

Lesser chieftaincies are reserved for grandsons.

However, over the past century, Dagbon has gone through protracted succession disputes and conflicts.