Are half of Ghanaian men impotent? 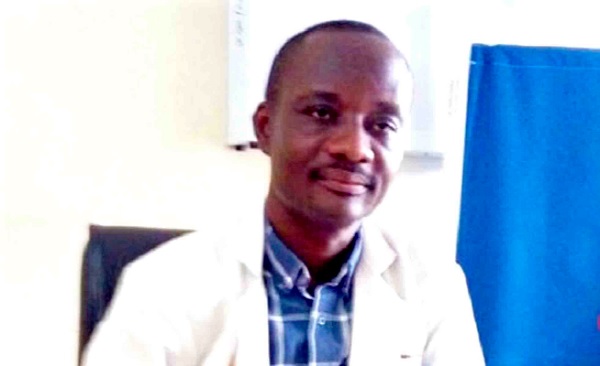 Dr Samuel Amanamah is reported to have said that 50 per cent of Ghanaian men between ages 40 to 70 are impotent. Follow @Graphicgh

Recently, the Executive Director of the Sexual Health Foundation, Dr Samuel Amanamah at a symposium on the challenges of sexual dysfunction in men stated that 50 per cent of Ghanaian men between ages 40 to 70 are impotent.

This means one out of every two Ghanaian men between ages 40 and 70 is impotent.

Fact is, impotence or erectile dysfunction (ED), the inability of a man to have erection firm enough for sexual intercourse is increasing fast in Ghana and everywhere.

It is also a fact that although impotence generally increases with age, impotence affects men of all ages.

Today globally, about half of men who are impotent are under 50-years-old.

This is the same in Ghana.

Again, a study in 2003 by the Annals of internal medicine in the US showed that half of Americans over 40 are impotent and today, there are close to 37 million impotent men in US.

Sadly, any talk on sex and impotence is a taboo by Ghanaian tradition.

Any mention of impotence sends shivers down the spines of most Ghanaians and cause some men to do some bizarre things including occultic interventions and unorthodox medications.

There is a study that one of the greatest concerns of Ghanaian men living abroad is the fear of being impotent.

Causes of impotence
Erection involves precise and complex sequence of events inside the body and any miss may lead to impotence.

There are ,however, two main causes of impotence.

The first is physical and is caused by damage to the nerves and organs leading to erection or poor lifestyle leading to diseases such as diabetics, high blood pressure, obesity, sleep disorders and heart problems.

Many medications for high blood pressure, diabetics’, kidney and liver related problems may also predispose you to impotence.

It is also a fact that Ghanaian men are so obsessed with sex and have resorted to a wide range of aphrodisiacs. Ghana alone has over 50 bitters from ‘aK 47’ to alomo bitters to woba adaa anaa’.

These are alcohol based concoctions.

Alcohol is a stimulant and will raise your desire for sex but it is also a depressant and will lower your performance and again predispose you to many diseases which further reduces your sexual performance.

This explains why most alcoholics are impotent.

The second cause is mental or state of mind which may be caused by factors such as bitterness, resentment, guilt, depression, fear and unreasonable expectations. Others include fear of rejection, inability to satisfy a wife, feeling inferior and fatigue.

Studies also show a nagging or domineering wife could make a man impotent.

A man is born a provider and protector. Feminine dominance may break his ego and predispose him to impotence.

Effect of impotence
Sex is important for a man’s sense of self- esteem.

He needs it for pleasure, reassurance and ego enhancement which improve all areas of his life.

Accumulation of sexual fluid urges a man to have sex as often as possible.

Again, the sex hormone testosterone is 20 times more concentrated in a man as compared to a woman.

When a man loves a woman, the easiest way express it is through sex.

In short, a man needs sex to fulfill his sexual drive and competency and to build his marriage.

Some Ghanaian men see impotence as death sentence because his self-esteem goes with it.

Some are known to commit suicide because of impotence.

Some seek divorce, sleep in separate rooms or intentionally maltreat their women when they become impotent.

Without evidence of his manhood through sex, many impotent men feel psychologically vulnerable and overpowered.

According to Judah Voughn, living with impotence is like sleeping with a shroud.

Without sex life, a marriage could be challenging to a husband and wife.

Sex is also important to a woman.

It fulfills her womanhood and through it she pleases her man and reassures her of her husband’s love.

A wife through sex needs assurance she is still attractive to her man.

A couple of months ago an article entitled ‘will you accept an impotent lover written by this writer in The Mirror was picked up for discussion on some FM stations, almost all the women who responded said they would never accept a man who is impotent.

Women have different reactions to their men’s impotence, especially when the men refuse to openly discuss it.

According to Andrew McCullough, sexual health expert, women internalise things; the first thing a woman thinks when her man becomes impotent is to blame herself thinking it is because she may have done something wrong or no longer attractive.

Some get frustrated and despaired and fear there is something seriously wrong with their men or their marriages because women see sex in terms of their relationships.

Some feel they are no longer attractive or sexy enough.

While some suspect their men are having affairs, others actually get into extramarital affairs because ‘body no be fire wood’.

It is also known that some women see a man’s impotence as a relief because they never enjoyed sex and struggled with the sex ordeal.

This is not surprising if you appreciate that in Ghana, 75 per cent of women never experience orgasm in their lives.

They just give in and see a man’s impotence as time for retirement.

The bottom line is that life can be especially galling to a wife whose husband is impotent.

An impotent man feels inadequate and sees every bad word, action and attitude of a wife as an attack on his inability to perform and pulls back from her.

A wife sees the pull back as a confirmation that she has done something wrong and retreats even further.

Increasing levels of anxiety sets in, along with the suspicion about what is going on with him, as well as continued belief there is something wrong with her.

The couple may stop communicating altogether not only in the bedroom but in all aspects of their marriage.

This makes problems worse for couples and may lead to divorce.

What to do
The good news is that 90 per cent of cases of impotency can be cured because in most cases, the basic problem is mentally based.

A man must have a positive mental attitude.

If you think impotent, you feel impotent and you become impotent.

Keep a clean conscience and forgive those who offend you.

Always remember that the only person who benefits when you forgive is you. Watch your lifestyle.

Drink about eight glasses of water.

Cut down the alcohol, salt and sugar. Clean and floss your teeth.

Take good care of the home.

Most of them will worsen your case.

A woman must be cooperative and understanding.

Don’t take it personally because you are not the cause.

Again, don’t feel rejected or withdraw from your man because it may spell distrust.

Also, avoid putting pressure on your man to perform ‘or else..’

You must also avoid ridicule because it is a murder weapon to the impotent.

You must also never discuss your man’s condition with friends and relatives.

Many impotent men worry that their women may seek satisfaction elsewhere but it is important for a wife to avoid extra marital affairs.

The suspicion of a wife in extra marital affairs because of her man’s non-performance has great physiological impact and many men react violently.

Half of Ghanaian men are important. And so what?

Good sex is very important to the health of a marriage.

On the other hand, impotence breeds insecurity which relates directly to unsatisfying marriage.

It is, therefore, advisable to have sex regularly to build your marriage.

There are many ways to give each other pleasure without penetrative sex.

When everything fails, come to terms with your condition.

There are about 37 million impotent men in the United States but life goes on.

Impotence can cause a huge strain on marriage and be a marriage breaker but according to Denise Knowles, a sex expert, it does not have to be.

Sex and love are two different life forces, each capable of being sustained without the other.

You may fall out of sex but never all out of love. Your marriage can and must survive impotence.