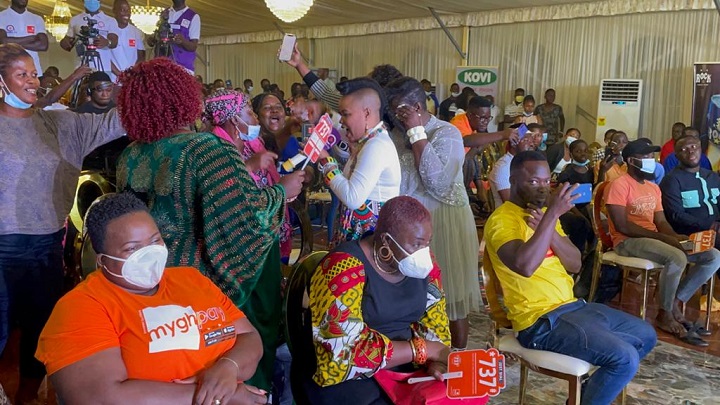 Sherifa Gunu flanked by some guests as she performed
30.5k Shares

Musicians Mr Drew and Sherifa Gunu, added a lot of excitement to the launch of Season 5 of popular dance reality show Di Asa, which came off at the Door Event Centre, North Kaneshie in Accra last Friday.

The two took the event to another level with their performances which guests thoroughly enjoyed and danced to.

While Mr Drew entertained the guests with songs such as This Year, Mood, Later, Gimme Love and Let Me Know, Sherifa Gunu performed songs including Salamatu, Beautiful, Dingo and Abela.

Former Di Asa Contestants and other guests could not help but join them during their time on the stage.

Di Asa, the dance competition for plus-sized market women, has become a very popular show for not only encouraging body positivity but helping the contestants to shed some weight and stay healthy. It has drawn a lot of eyeballs for Atinka TV.

Di Asa: Plus sized and proud

The search for this year's dancing queen begins on August 1 in the Oti Region before the search train heads to the other 15 regions of Ghana. At the end of the search, 60 plus-sized women will be chosen and housed for four months. 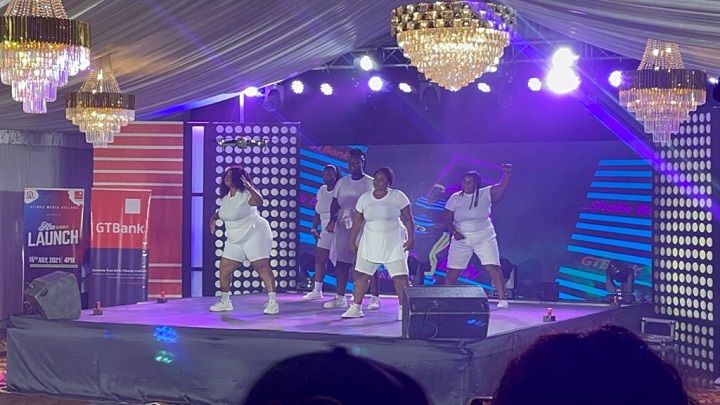 Some former Di Asa contestants also performed at the launch

Speaking at the launch which also saw performances from the past contestants and some up and coming artistes, Deputy Managing Director of Atinka Media Village Kwame Nsiah Apau, said the ultimate winner for Season 5 will receive a saloon car, the first runner up will get a mini truck and the third-place winner will walk away with a tricycle.

He also expressed appreciation to GT Bank for coming on board as title sponsors for this year's event.

Kwame Nsiah Apau explained that this season will be full of activities as the contestants will be engaged in different tasks before the final three are chosen. “We want to make this year's event very entertaining and there are a lot of activities lined up," he said.