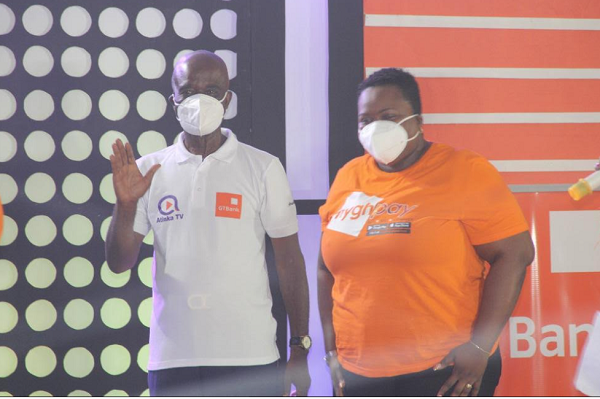 The past queens of Di Asa also thrilled the fans with dynamic performances including cultural display, group dance, and individual performance by the reigning Queen, Dee Baby.

Speaking at the event, the Deputy Managing Director of Atinka Media Village, Mr Kingsley Nsiah-Poku said this year’s edition will award the ultimate winner with a brand new salon car.

For the First Runner Up, he said she would be given a Mini truck (Abosey Okine Macho), while the second runner up will take home a tricycle (Aboboyaa).

Aside from these, the queens will also enjoy goodies from the sponsors of the show, he stated.

Mr Nsiah-Poku also urged the public to be careful of persons using the name of Di Asa to deceive the public and lure them unto their show on another platform.

He was optimistic that the zeal, feeling, and passion behind Di Asa make it impossible for anyone to imitate it and do it successfully.

Mr Nsiah-Poku urged all plus-size women to participate in this year’s GT Bank Di Asa Season 5, assuring them of amazing surprises and a better show.

He said there will be about 30 auditions in all 16 regions with the target of selecting about 60 plus-size ladies for the GT Bank Di Asa Season 5 main show.

For her part, the Divisional Head of Corporate Communications and Experience for the GT Bank, Agness Owusu-Afram expressed the excitement of the bank associating with the Di Asa brand.

She said it was a way to connect with their customers and also give back to society.

She further stated that the GT Bank has women at heart, hence the decision to partner with Atinka TV’s Di Asa programme.

Madam Agnes said the GT Bank had about 34 branches across the country, assuring that the bank has a lot of amazing surprises for the queens and their customers.