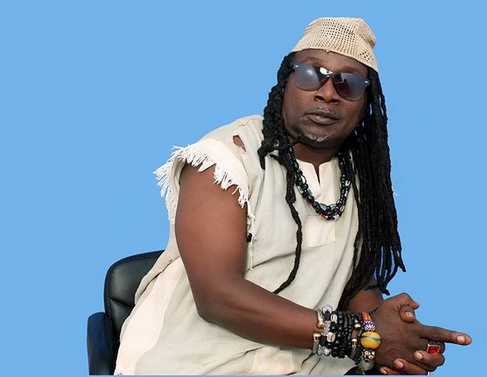 FOR some musicians, especially those who hardly drop hit songs, beef is their magic wand. All they have to do is wave it in the air and boom they start to trend. And they keep at it over and over again just to stay relevant.

However, veteran Highlife musician Amandzeba says he believes a true musician doesn’t need to ride on controversies to remain in the limelight.

Speaking in an interview with Graphic Showbiz, Amandzeba said a good musician should let his or her songs speak for him or her instead of unnecessary hype which he described as short-lived.

“Nigerian musician Fela was very controversial but only in his songs. He addresses issues with his songs and that is a true musician. The likes of Bob Marley, Lucky Dube did positive songs that tackled issues.

If such musicians are controversial in their songs, that is fine, but here in Ghana, a musician must attack someone verbally or speak on issues which have anything to do with him just to trend; that is not a true musician,” he said.

According to Amandzeba, any musician who is fond of riding on controversies to stay relevant should find another profession.

“Any musician who stays relevant through controversy must find another profession because such people are not musicians.

"A musician should address issues that affect the society in their songs but not go around speaking on just any issue and insulting his fellow artistes to be relevant,” he said.

Amandzeba revealed that any unnecessary hype did not stay long. “How long can you attack people just to stay relevant?

"Very soon people will get tired of your tricks and will leave you when you least expect it. On the other hand, when you do conscious music, people will admire you for it,” he added.

Using himself as an example, Amandzeba said his songs Dwo, Ama, Dede, Wo Gbe Jeke, etc. have kept him going this long in the music industry and not controversies.

“I know many musicians in Ghana and beyond her shores who are still enjoying fame due to the great songs they did.

"So at the end of the day, it is the great songs you put out there and not the unnecessary ‘beef’,” he added.