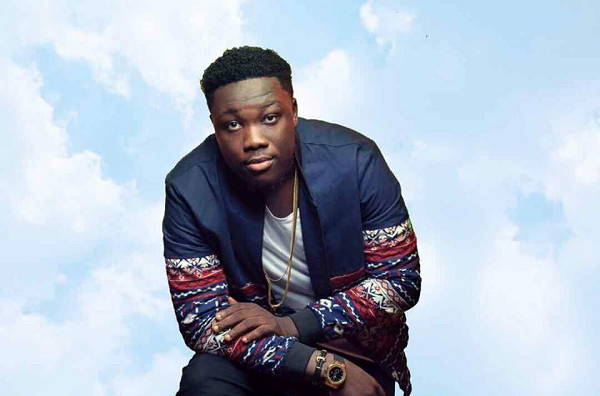 Before fame found him, Afro pop singer, Kurl Songx, happily led the praises and worship session at Grace Aflame Chapel Ghana in Adabraka, Accra, where he has worshipped, for over four years.

Those were the times, the Jennifer Lomotey hitmaker said, he looked forward to putting the gift God had given him to use but all that has changed in the last year. Today, he has to endure the curious looks of worshippers anytime he picks the microphone to lead the church.

This development is one that the winner of MTN Hitmaker 5 in 2016 isn’t so pleased with because those looks, he says, makes him feel like an outcast. In an interview with Showbiz on Monday, Kurl Songx said such judgmental behaviour in churches is likely to kill talents.

“I have always used my gift in the house of God. Unfortunately, since I became popular, I’ve had to endure a lot in church even when I want to serve. You get people staring at you in a way that seems to suggest that you are not holy enough to lead them.

“But sincerely, if I can’t use my gift to serve God, where else can I put it to better use? I have a strong character so I ignore such looks when they come but what if I couldn’t stand it? Won’t it drive me away from the church? And clearly, it will kill my talent and the zeal in me,” he said.

Kurl Songx is not the only one who has faced such censure from the church. There were reports about Dancehall artiste, Kaakie, who also sang in church, facing similar treatment when she started active music. Former Joy FM DJ and presenter, Rev Azigiza Jnr, has also spoken about how he was treated badly by people in church when he became born again and there are others with similar experiences.


For Kurl Songx, the church should support their members irrespective of the career path they choose. “It is only in music that people create divisions among artistes and create the impression that if you aren’t doing Gospel, then you are a property of the devil.

“I have never seen or heard of a Christian doctor or secular doctor or Christian journalist and secular journalist so why should it be so in the music sector? Are we saying that the devil gifted secular artistes their talents and not God? This division makes secular artistes appear evil and that is not the best. My gift is not from the devil and I won’t credit him for that,” he said.

Despite the “poor treatment” of secular artistes by the church and particularly from some of his church members, the Whistle artiste said he has been privileged to have a pastor who understands what he does and has been very supportive.

“Prophet Kwapong and his son, Pastor Gespar of Grace Aflame Chapel Ghana have been my number one devotees. They support me with prayers and give me the needed guidance to sail through. That boosts my confidence anytime I go to church because I know my pastor is solidly behind me,” he said.