Stop treating us shabbily — up and coming act to event organisers 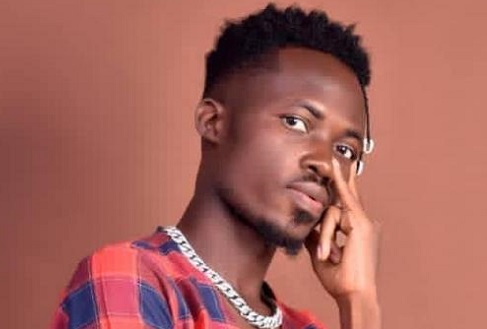 The woes of up and coming artistes have been talked about for years and for many of them, by virtue of the fact that they want to make their climb to stardom a little bit easier, they prefer to keep quiet about the treatment meted out to them in the industry.

However, up and coming Highlife act Kwame Nkansah said he would not keep quiet about how poorly they were treated, especially by event organisers.

According to him, “enough is enough and event organisers must show them some respect. Over the years, I have had to suffer a lot of discrimination and disrespect from event organisers and it is not just me, I see others like me go through what I go through.

"Event organisers have no respect for us, they feel because we are up and coming, they can treat us anyhow which is something that should not be encouraged.

“Often times, artistes like me who are not in the limelight yet, cannot speak out for fear of being victimised or not getting shows to play but I feel we need to let them know with the hope that things can be done differently,” he told Graphic Showbiz on Tuesday, May 4.

Sharing some of his experiences, Kwame Nkansah said, “Event organisers have been looking down on me because of my weight, I’m very slim. There have been days I had to pay before performing on some shows and even with that I don’t get to step on the stage. When you ask for explanations, they talk to you anyhow. How do we expect to grow our industry if things like these are not fixed?

“Some time ago, a programme was going on around Odorkor and I was billed to perform. I got there with my friend and the event organisers told me before I could mount the stage, I needed to pay GH¢50 even though I was on the flyer, I didn’t hesitate, I just quietly paid.

“Even after that, it was a great tussle before my flash drive was taken for my song to be played. It’s really crazy if you are still finding your feet in this industry.”

Sharing his thoughts about the music industry Kwame Nkansah said, “This music industry is a very tight one. At the moment, it’s such that funny lyrics and nude content travel faster than relevant stuff.

“Again, the media need to give up and coming acts some attention and bodies such as MUSIGA should be organising seminars for some of us. I believe with these, we can grow our industry.”

Away from that, Kwame Nkansah, whose latest song Pepeepe features Clemento Suarez, said he was grateful to the comic actor for agreeing to be on his song.

“I must say I am very grateful to Clemento for being on this song with me. In fact, things took a different turn about a year ago after I met Citi FM’s Kwame Dadzie. Pepeepe was released some days ago and it is doing well,” he added.

He named his favourite artiste in Ghana as Sarkodie and added that if he had the chance to collaborate with any act from Ghana; it would be Sarkodie and Kojo Antwi.

Kwame Nkansah hails from Obo in Kwahu and resides in Accra. He has been playing musical instruments since age seven.

He dropped out of school due to lack of financial support in the early 2000s but around 2009, luck smiled on him and he was introduced to a music band, Semenhyia Band, by his brother and that was where he started his music journey professionally.