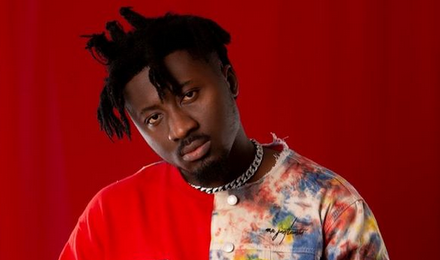 There is a growing practice in the music industry where people keep comparing young artistes who are doing very well to their older counterparts.

And often it seems the older artistes fall short for people but rapper Amerado, who is from the new school of artistes, thinks it is disrespectful for industry players to make such comparisons.

According to him, such comparisons give the younger ones the opportunity to disrespect the older artistes.

“The fact that Daddy Lumba or Amakye Dede is no longer releasing songs does not make Kuami Eugene or KiDi better than them. It is quite unfortunate that this is going on in our industry and it is not fair. How can you compare Yaw Tog to Sarkodie as some industry persons are already doing?

"These young acts will start feeling they have arrived and disrespect the old ones, which should not be so. You cannot compare King Promise to Kwabena Kwabena or Ofori Amponsah in any way,” he told Graphic Showbiz recently.

According to Amerado, he had to walk out of a live interview at Kingdom FM because the presenter kept asking whether he was better than Sarkodie, which he felt was disrespectful.

“When I said I didn’t like his line of questions, the presenter kept repeating the same question and in order not to disrespect Sarkodie I had to walk out of the studio. These things should not be encouraged. There should be respect in the music industry. Sarkodie has earned my respect over the years,” he said.

Away from that, Amerado, who was recently on UTV’s United Showbiz and had a great performance, encouraged young artistes to put up their best when they get a radio or TV gig.

“Some young artistes do not regard radio or TV performances but you don’t know who is watching or listening to you at that particular time. I had a lot of following on all my social media pages because of the splendid performance I put up at UTV’s United Showbiz,” he said.

Read also: Profane songs having an adverse effect on the youth - Maa Adwoa

He also advised that it would be prudent for young musicians to learn to perform with a live band because any respected artiste played live.

“What is the point of a being a musician if you are not able to perform live. I personally don’t believe in miming. This is the reason I always want to perform live at any given time,” he said.

Known for songs such as Kyere Me, Gods, Rapmare, Taxi Driver, Menpe, Redemption, At My Back, Dawgi and Twa So, Amerado mostly touches on topical issues in his songs and he explained that it was part of his brand.

“I always want to touch on topics and songs such as Yeete Nsem, Mempe and Juju created a lot of buzz because of the issues I touched on,” he said.