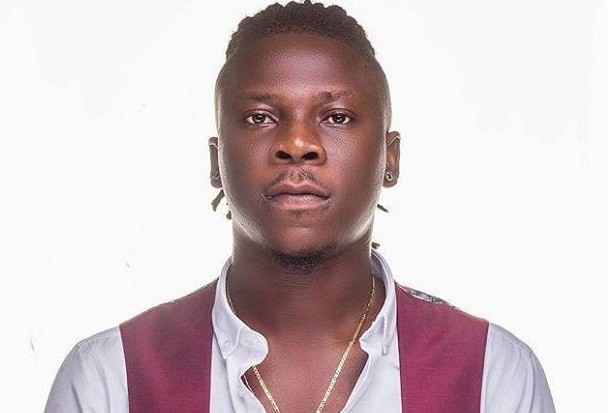 Dancehall artiste Stonebwoy has finally spoken on his recent controversy, issuing an apology to Angel, the manager of rapper.

In a new video posted on Twitter on Friday night, Stonebwoy didn't go into detail about the incident only to say there had been a misunderstanding between him and Angel.

Earlier this week, news broke that Stonebwoy had slapped Angel at the pre-recording of Sarkodie's upcoming Black Love concert during a heated argument. According to reports, the Kpoo K3k3 hitmaker had been unhappy at what he considered disrespect shown him at the Independence Square where the recording took place.

Apparently, he was not allowed to park at a certain spot but his rival turned friend, Shatta Wale, was allowed to. Again, even though he had been at the venue for hours, Shatta Wale was allowed to perform ahead of him. He confronted Angel and with tempers high, Angel was injured in the eye.

Both parties had not spoken about the incident until Stonebwoy's video in which he also apologised to Sarkodie, who he called his brother.

"We all went out there to show love, we were all in high spirits to make sure we continue to achieve greatness and there was a little misunderstanding between Angelo and I. And I want to use this opportunity to apologise again and say a very big sorry to Angelo, my guy, and an extension of that goes to Sarkodie himself," he said.

Stonebwoy also cleared the air about he and Angel pulling guns saying that never happened.

"There were no guns, there were no knives at the incident and nobody sent nobody to go and attack anybody. Kindly don't believe anything you hear online or social media. We have to live in love, we have to continue to support one another," he said.

He didn't speak about his supposed exclusion from the Black Love concert but urged everyone to watch the event which will show on ceek.com on Sunday, August 16 and promised big things from his camp soon.