Still not over fans death—Fancy Gadam 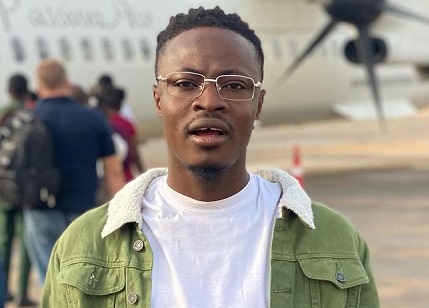 It's been three years since Tamale-based musician, Fancy Gadam, saw four of his fans die in an accident and he says he has still not gotten over the incident.

The four were part of a large group of diehard fans who were at the Tamale Airport to welcome Nigerian artiste Patoranking for Fancy Gadam’s big concert at the Tamale Stadium. The incident led to the cancellation of the concert and a ban on events in the area for some time.

And speaking with Graphic Showbiz, Fancy Gadam said he was still haunted by the deaths.

“Since the incident, I have been through difficult times including going through a lot of counselling. I had more than four counsellors talking to me for more than a year. Although I didn’t fall into depression, I had so many things running through my mind and I don’t think I can get over it and totally erase it from my mind,” he said.

According to Fancy Gadam, who has been very quiet on the music scene for some time, he gave up on music but it took his management and some close friends to convince him to return.

“I didn’t want to have anything to do with music, the reason nothing has been heard from me in a while. I was still dealing with the situation and I wish it had never happened because I don’t joke with my fans and seeing four of them die was a big blow to me,” he said.

He explained that the persistent calls and messages from his fans about when he is coming back with a new song is the second reason he decided to come back to music.

“These are fans who were there for me when I was nobody. They show me love every day and it will not be right for me to just forget about music and just leave them there but if I had my own way, I would just quit music for good and concentrate on other things,” he said.

Asked when he is coming out with something new, Fancy Gadam, who has songs such as Formula, Total Cheat, Antidote, Ma Baby and Customer and has worked with musicians including Sarkodie, Medikal, Patoranking, Kwesi Arthur and Kofi Mole, said he is almost ready with an EP.

“My EP is almost ready and the fans are going to love it. I took my time to work on the EP and trust me I have the best artistes featured on it. Coronavirus or not, I am going to break through this year,” he said.