Sarkodie is disrespectful and fake - Samini 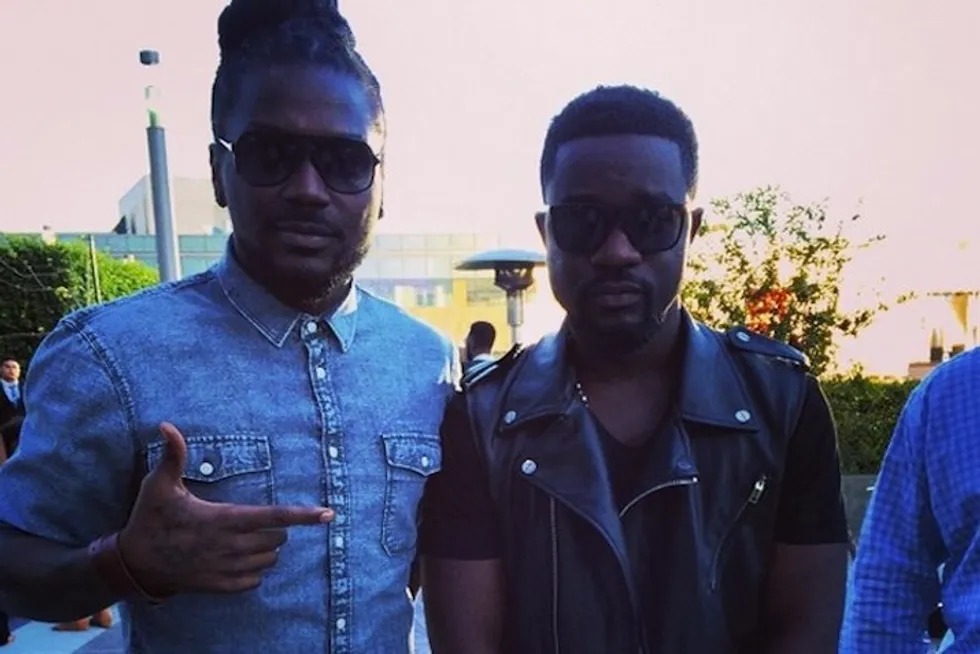 Reggae Dancehall artiste Samini has claimed in a lengthy rant on his Twitter page that rapper Sarkodie is disrespectful and fake and owes him an apology for ignoring his efforts to get a collaboration with him.

Samini's sudden outbursts on Twitter suggest that he is upset about a past incident with Sarkodie, which he claims the two time VGMA Artiste of the Year winner deliberately ignored his invitation for a feature.

“I got nothing against @sarkodie and he knows it. He also knows that he Dey owe me personal apology for the blue ticks after having me send 3 tracks and he choosing 1. After asking me if it was a single or an album to which I answered it’s an EP.He’s like coo he’s yet to respond”.

The outbursts started when a fan enquired about a potential collaboration between Samini and Sarkodie but the renowned Dancehall artiste’s response suggested that all was not too well between them.

“Not sure I’ll need a verse from sark but if he ever does need one, I’m not interested and that’s facts. He knows this himself.  )y3 Alo sometimes and I don’t play that. Yes or no be problem for am so e go slow you and your project go dull …, he did it to me on burning EP,”.

Recall that in 2014, Sarkodie and Samini’s collaboration on Love Rocks did very well and perhaps, their fans have been anxiously waiting for another beautiful piece from the duo but it appears that this wish will never materialise.

In his tweets, Samini was very emphatic that he would never reach out to Sarkodie or heed to a plea for a collaboration.

"I only responded to the fact that I won’t do a track with him and I won’t go on a track if he  invited me. Cus he’s disrespectful and fake when it comes to reciprocating favours. There’s nothing to discuss here. He’s my small bro Chale. He fuck up wey I learn. Simple.

“I did love rocks for free under 24 hours. What you talking about lol. He’s just Allo when it comes to returning favors. That’s all. Unlike him I do my own hooks and verses and I don’t need features to blow. Like I die lol. @sarkodie you know what time it is. we shoot direct," he wrote.

The latest development has heightened social media conversations about the simmering sour relationship between the two respected music icons in the country as their followers are hoping that they settle their differences.