My resolve is unshakeable - Bulldog says after NIB experience 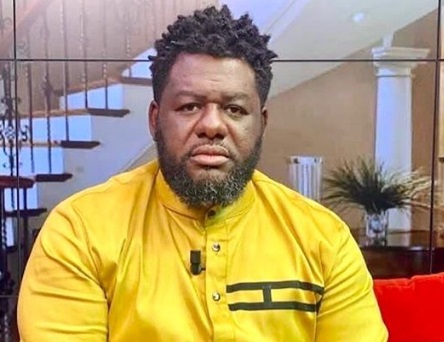 Artiste manager Lawrence Nana Asiamah Hanson popularly known as Bulldog has stated that despite his ordeal at the National Investigative Bureau (NIB), his resolve remains unshaken.

Bulldog was picked up last Monday, January 11, by officials of the National Investigative Bureau (NIB), formerly Bureau of National Investigations (BNI) and although no reason has yet been assigned for his arrest, many have speculated it could be for his comments against President Akufo-Addo on United Showbiz last weekend.

On the show, which airs on UTV and is hosted by Nana Ama McBrown, Bulldog had claimed that President Akufo-Addo wouldn't complete his second term if he didn't pay the customers of Menzgold whose cash had been locked up since 2018.

Bulldog, who has been a staunch critic of the President over the years, later retracted.

Read more: Be careful how you live on social media - Bullgod

And after being granted bail on Thursday, January 14, he released a statement expressing appreciation to personalities including former President John Dramani Mahama for their support.

He also commended the NIB and Ghana Police Service for their professionalism even while indicating that he had been detained in the roughest and toughest cell in Ghana.

He added that with God as his strength, his resolve remained unshaken.

Below is his full statement:

Innumerable thanks to my big brothers His Excellency John Dramani Mahama and Ibrahim Mahama. Your Excellency, the consolatory call and wise counsel was humbling! God bless you sir.

To the national organizer of the NDC, comrade Joshua Akamba, the entire executive, leadership, rank and file of the National Democratic Congress around the world, words cannot express my appreciation for the concern and support.

Thank you so much.To my family and friends in the entertainment and media landscape I say thank you for the love and support. To my wife and prayer pillar, my dad, siblings and entire family, thank you for being there.

To the personnel of BNI and the Ghana Police Service, I salute your professionalism.To the inmates I spent time with in the roughest and toughest cell in Ghana (striking force), I say be strong and God keep you safe.

To my entire legal team you are exceptional.To every prayer said for me by friends, family, acquaintances, well wishers and unknown admirers, God bless you all.To all around the world that called sent messages to console me, God blessings is what ask for you.

There’s a tall list of names I owe gratitude to, God bless you all.

Through it all I give thanks to God for life and strength in the course of this beautiful ordeal. My resolve is unshakable with God as my strength!

This is not Bulldog's first brush with the law; in 2014, he was arrested for his involvement in the death of Fennec Okyere, former manager of rapper Kwaw Kese. He had apparently threatened Fennec prior to his death.

He was finally discharged by the Accra Central District Court in 2018.