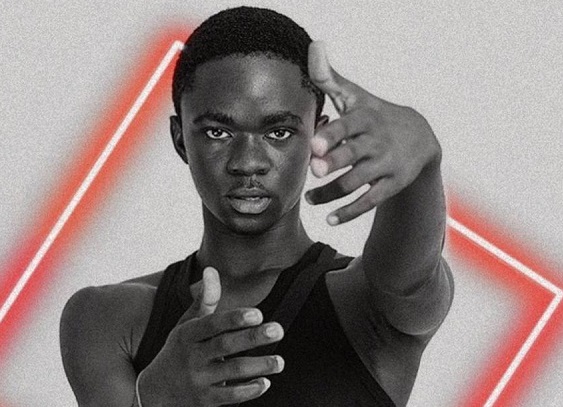 Yaw Tog has become of the popular acts of the 'Kumerica' invasion
30.5k Shares

LAST year, the music industry witnessed a refreshing change with what could best be described as the ‘Kumerican’ invasion.

What started out as some young guys faking an American accent and trying to imitate an American lifestyle on social media soon grew into a movement with young rappers showing off their talent and winning hearts along the way.

And while they are being hailed for the imprint they are leaving on the industry, there are some who believe this Kumerican trend will soon die out but rappers who hail from the Ashanti Region or practice their craft from Kumasi don’t think so.

Hiplife Grandpapa Reggie Rockstone told Graphic Showbiz recently that the Kumerican lifestyle had been popular among the youth of Kumasi for years but Ghanaians were now hearing of it.

“It took just a few people to make this lifestyle popular but this Kumerican thing has been with us and I believe it is going to last forever.

“But whether it is going to last or not depends on us. When I started Hiplife, many said this genre would not be accepted but today it has become more popular. If the people of Kumasi are able to continue what they are doing and push it further, Ghanaians and the world at large will accept it.”

“Now the lifestyle which was started by just a few people has produced so many beautiful talents such as Kofi Jamar, Phrimpong, Yaw Tog among others and I am so proud of them. We should support these young guys and together help them build their dream,” he said.

Rap Dacta Okyeame Kwame, who has already started working with some of the Kumerican acts said anyone who doubted the sustainability of the Kumerican dream was probably against the progress of the young guys.

“What most Ghanaians fail to understand is that this lifestyle has been with us for a long time. It just took a few people to make it popular. Ghanaians wanted this kind of lifestyle from my Kumasi people and now they are living it. We just have to be consistent with what we are doing and we will just be fine.”

“As for this Kumerican dream lasting for long, we all have to support it to make it stand. It’s close to a year since it started and we are growing. With consistency we will get there,” he said.

Rapper Phrimpong, who emerged from the Kumerican lifestyle, said Kumerica has come to stay and it’s about time Ghanaians accepted it and gave it the maximum support it needed.

“We should not watch for this to die. If an international musician such as Stormzy is able to fly to Ghana to do collaborations with the Kumerican rappers, then it should tell anyone how international this thing has gone. We are not sleeping on this but rather giving it the highest push to get to it’s fullest height.”

“Just take a look at the talented artistes who just came out from the Kumerican project. We have been accepted and it is not dying soon. Kumasi is the thing now and I want everyone to support it,” he added.

To Amerado, another proud Kumerican rapper, what Ghanaians are forgetting is the fact that that lifestyle has been accepted from day one.

Amerado
“Now every radio station and pubs do not forget to play songs from the Kumerican guys. Kweku Flick’s Money, Kofi Jamar’s Ekorso and Yaw Tog’s Sore are the biggest songs we have in Ghana at the moment.”

“This should tell you we are not here to play. Yes, it started as just playing but now it has got the attention of everyone. I want to big up all the rappers making Kumasi proud with their incredible rap,” he said.

According to Yaw Tog, who is flying high in Kumasi with his Sore song, he is proud to be a product of Kumerica. “I recently featured international musician Stormzy on the remix of my song Sore and that is the biggest deal for me.”

“It is not easy to get someone like that fly all the way down from the UK to do a remix with me. Kumerica is the new thing now and everyone should take advantage of it.”

“It used to be just rappers from Accra but now the focus is on us. Kumasi has so many beautiful talents and it takes us to make that dream come true.”

“We are not making this dream die but continue believing in what we started and make it more popular than it is now,” he said.