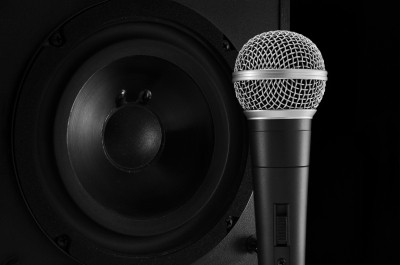 Three big names in the entertainment business in the United States are expected to be in Accra soon to help facilitate preparation towards staging of the King of the Mic music reality show.

They are John Gado  Marcellini, Briant Biggs and Felicia Alston.

Being organised by Gabriel  Benedict Appiah’s Afrikandrum Entertainment and Media Consult, the King of the Mic show wants to give young, talented Ghanaian artistes  opportunities to be  produced by major record labels such as Konvict Records (Akonic Group) and Roc Nation (Rock-A-Fella  Records)  in the United States.

The American music business experts, according to Appiah, are strategic partners whose extensive knowledge of the entertainment business would help create a worldwide audience for the show.

He joined the Akonic Group in 2010 as Director of Marketing.

That role took him to the Democratic Republic of Congo to launch a music-based reality show, Vodacom Superstar.  He created Enigma Records,  the early label of producers Just Blaze and Kanye West.

Over the years, Marcelin has devoted much of his time to researching new media platforms.

Briant Biggs is a native New Yorker. He  is currently the head of global mobile strategies at Roc Nation (where Jay-Z is CEO), where he serves as the top brain  behind all mobile applications.

She began her career as a music publicist in Los Angeles and has developed and managed campaigns for top-rate acts like  Enrique Iglesias, Snoop Dogg, Janet Jackson and T-Pain.

“King of the Mic has room for all styles of music including  hiphop, R&B, Afro-beat , dancehall and highlife,” Appiah says. “The contest will  also offer the  Ghanaian corporate community  a big  market to promote their brands so they are all welcome on board.”