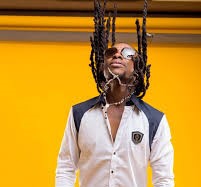 In the last 13 years, Highlife musician Kwaisey Pee has made four attempts at waving goodbye to his music career because of frustrations in the industry.

In addition to that, comments and insults that greet him anytime he releases a song push him further to call it quits from music.

According to the Mehia Odo singer, “for the past 13 years, I have been releasing good songs but they don’t get the needed attention, they are rather met with insults. I have personally sent some of my songs to radio stations after releasing them and as we speak, I am yet to hear them on air.

“I mostly get comments like stay away from music and give the young ones a chance and that I am too old to do music, others tell me straight away they are not interested in my works.”

“Such comments make me feel so bad that all I want to do is to give up on music. In fact, I have thought about it on a number of occasions to stop doing music and venture into other stuff,” he told Graphic Showbiz in a recent interview.

Explaining why he was still doing music if he was discouraged and so frustrated, Kwaisey Pee said it was because of the passion he has for it, and also family and friends just won’t let him go ahead with his decision.

“Whenever I decide to abandon music, I consult family and friends and they never support me. I remember telling a colleague musician I was tired of music and wanted to switch to something else. He came over and spent close to two hours convincing me to stay in the industry. My family never supports me anytime I discuss leaving music,” he revealed.