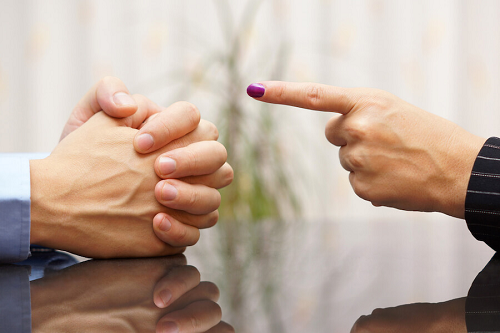 I was surprised to see my friend in Accra, a friend I hadn’t seen for some 12 years. The last time I saw him, we were co-tenants in a Tamale compound house.

While I was a stenographer at the regional education office, he was a storekeeper at a branch of the Public Works Department.

“Long time!” I exclaimed. “How have you been?” Feeling excited to see my co-tenant of over a decade, my big smile and hefty fist-shake was an apt demonstration of how good I felt.

But my friend didn’t show any excitement. Instead, he looked sorrowful and speechless.

“Is everything okay?” I asked. No, everything was not okay, he told me, startling me with a rather disheartening statement: “I’ve just returned from prison!”

“Oh no!” I yelled. But oh yes, he had indeed just been released from prison where he had been jailed for ten years. Why?

Falsely accused—that was why. Two years after we parted in Tamale, he got complicated in a matter with a workplace colleague who accused him of wrongdoing involving store receipt vouchers and goods.

“I was innocent, believe me,” he told me most passionately while wiping the tears, “but I had no way to disentangle myself.”

I recall this incident only as an example of the damage that false accusation can cause—not about my friend’s guilt or innocence. Since “you and I were not there”, we can only take it on the face value of his statement, for false accusation is as real as darkness.

Being wrongly accused is one of life’s most difficult and painful circumstances to handle. You know you are innocent but someone accuses you and deliberately heaps downright lies on you until you succumb under the weight of falsehood.

The consequences can be as dreadful as my friend’s experience. No wonder a Ghanaian musician cries in her passionate song, “Lord, come to my defence, for I know nothing about this matter!”

Hatred, jealousy, selfishness and greed are some reasons why some people accuse others wrongfully. The quest for power, fame and wealth can lead people to falsely accuse others, damning the consequences.

And your accuser can be anybody—friend, family member, colleague, neighbour or an acquaintance.

So what do we do when we are falsely accused? Experts on this subject counsel that when you are falsely accused there is the need to refrain from self-defence as that can implicate you; instead, seek legal assistance to clear your reputation; or remain silent and go about your life.

But I like how the Lord Jesus handled his situation as reported by his lead disciple: “When they hurled their insults at him, he did not retaliate; when he suffered (pain and accusation), he made no threats. Instead, he entrusted himself to (God) who judges justly” (1 Peter 2:23).

Anger and revenge are reactions against false accusations. And who can fault anyone who has been falsely accused for such reactions? But history records protracted feud and wrangling when people resort to revenge, worsening the situation.

That is why the Scriptures say, “Do not take revenge, my dear friends, but leave room for God’s wrath, for it is written: ‘It is mine to avenge; I will repay,’ says the Lord” (Romans 12:19).

If that is hard to take, what would you say about the next verse? “If your enemy is hungry, feed him; if he is thirsty, give him a drink” (v. 20)!

This is a high standard of living, which is beyond human strength. But remember who is asking us to do this. It is the Lord God himself, who knows how to help us deal with the anger in our hearts.

We cannot live with people and not have someone say a false thing about us one time or the other. A workmate got very angry with a false accuser until he heard an inner voice query him: “You’ve been falsely accused, so what? Are you beyond being falsely accused?”

But the more insightful message was: “Let them accuse you, but let the accusation be false.” If you are innocent, you can apply Isaiah 54:17, “No weapon forged against you will prevail, and you will refute every tongue that accuses you.”

Those who accuse others falsely have become villains who set themselves for the wrath of God. For the import of the ninth commandment, “You shall not bear false witness against your neighbour” is that God desires truth and abhors falsehood.

The writer is a publisher, author, writer-trainer and CEO of Step Publishers. E-mail: This email address is being protected from spambots. You need JavaScript enabled to view it.