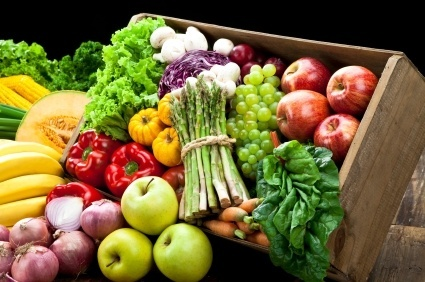 I walked in the market that Saturday afternoon ignoring the calls of my regular traders who supply me plantain. I just didn’t feel like buying from any of them. I wanted someone else to be the recipient of my fresh GH¢50 notes.

My eyes fell on a woman who stood out. You could see she was different. She wasn't one of the regular middle women buying cheap from the farmers and selling exorbitantly to us.

Her hands were used to hard work. Her face and skin had the nature of someone who had spent long hours in the sun and she bent a bit stiffly to readjust her wares.

A farmer! I walked over to her and asked the price of a heap of plantain. I could just envisage fufu, or ampesi or plantain chips and when too ripe...kelewele (I was planning on eating fufu and goat light soup, with some liberal ginger and kpakpo shito floating in it, that evening).

She mentioned a price that was way below what I normally paid for a similar amount. But as is the usual custom, I went into an exaggerated response. She asked how much I would give and I divided the amount she named by two, then I subtracted a quarter and named my price. She then laughed and asked me to increase my price.

I shook my head and took a few steps as if to move on to the next seller. From the corner of my eye I saw her face fall and she called out to me. She told me to take it at the price I quoted. It was a rip off I knew and I felt dizzy with excitement at my bargaining skills.

Then she said “it’s getting late, I may not get anyone else to buy it and my daughter will go to school on Monday. So you take it.” Now it didn't feel so good anymore. She bent over to start cutting the plantain into sizeable chunks to be put in a bag for me.

Once again I looked at her gnarled hands with the calluses. She muttered to herself. “The price is not good at all but Abena will go to school on Monday and will need some new shoes.”

At the mention of her kid’s name I stood stock-still as memories of another farmer's daughter flooded me.

It was a Saturday such as this.

I had been sitting in the consulting room seeing clients when I got a call from a clinic telling me they were bringing a girl who had been bitten by a snake. I went down to the emergency to inform the team to get ready.

Max went to pick another cylinder of oxygen just in case we needed it. Max is one of my ER nurses that I just love and he is a crazy fellow. He loves to ride around town on his motorbike making lots of noise.

He is tall and fair with droopy eyes and he regularly donates his blood to the sick kids. We often tease him that the kids who receive his blood will turn out as crazy as he is. But I can count on Max to do anything and everything to save a child's life. He is a ride or die kind of friend.

The emergency staff and I wore our gloves and we waited....and waited...and waited. After close to thirty minutes, I went back upstairs and told Max to call me when the kid arrived. They may have gone to another facility, I reasoned.

After more than an hour, a nurse came to tell me that the child had just arrived.

Entering the ER, my heart sank within me. It looked like a battle we had already lost. But for us, we never gave up. We open the jaws of death to rescue the young ones. I joined Matt trying to revive the kid. The relative stood watching us.

We tried everything...anything...and after more than an hour, I looked at Max and shook my head. He got up from the floor where we were kneeling working on the kid, took off his gloves, threw them down and went to stand by the window.

If you didn't know him like I do, you would wonder why he did that. But I knew he was devastated that we had lost the child. He was angry we had lost a battle even before it started. If only the child had come sooner.

I understood his feelings.

No matter how often you see death, you don't get used to it. Especially when kids are brought in dead. They look as if they are asleep. Too many times we take the cloth off a well-wrapped baby who was referred to us only to realise he gave up on the journey.

Sometimes we joke and laugh and act like we don't care, just to cover up our feelings. We care too much but you can't afford to become depressed over death because there is always another child coming to be seen.