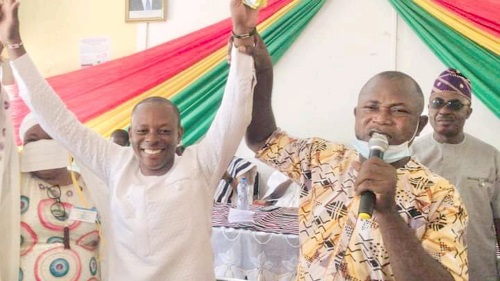 When in 2019, President Nana Addo Dankwa Akufo-Addo pulled the brakes on the referendum on the election of Metropolitan, Municipal and District Chief Executives (MMDCEs), many Ghanaians and believers in grass-roots participation by the citizenry in local governance systems were disappointed.

They were disappointed simply because the opportunity for them to elect their MMDCEs was lost. But you could not have blamed President Akufo-Addo for halting the process, because he wanted a non-partisan consensus on the issue. When he realised there was no consensus, he had no option but to halt the process.

As part of the reforms, the New Patriotic Party (NPP) government sought an amendment to Article 55 (3) of the Constitution to allow for multiparty participation in the districts, while amending Article 243 (1) to pave way for the election of MMDCEs.

However, the national referendum scheduled for December 17, 2019, was truncated for lack of adequate public knowledge and broad-based consensus on the reforms.

The situation compelled the government to withdraw the two Bills that sought to amend Articles 55(3), an entrenched provision in the 1992 Constitution and 243(1).

The two Bills were seeking to allow the participation of political parties in local level elections by being able to sponsor candidates and to also make the election of MMDCEs possible by taking away the powers of the President to appoint them.

It also meant that by allowing partisan participation in local level elections assembly members and unit committee members could have also been elected on partisan basis.

Currently, MMDCEs are appointed by the President with the approval of not less than two-thirds majority of the members of the assembly present and voting at the meeting.

If the recent chaos that characterised the confirmation of MMDCEs is anything to go by, then we need to revisit the issue of electing our MMDCEs either on partisan or non-partisan basis.

This is where the initiative by the coalition of civil society organisations (CSOs) to embark on a nationwide regional level consultation in all 16 regions with identifiable stakeholders to revisit the discourse on local government reforms, is welcoming.

The good thing about this is that, it is not an initiative of the government or the major opposition National Democratic Congress (NDC).

With such a non-partisan approach, the coalition would have an insight from the major groups about their perspectives, interests and position to derive possible proposals for policy consideration.

It, therefore, requires an all hands-on-deck approach to ensure that the country derives the maximum benefit from the reasons for which the local governance system was introduced.

Some of us believe that the election of MMDCEs would be the antidote to not only the non-performance of the country's local governance system also help our elected MMDCEs to serve the people in humility and address the developmental concerns of the people.

It will end the era of arrogance and disrespect to key stakeholders in the districts.

While the major difference that led to collapse of the December 17, 2019 referendum was the issue of political parties’ participation in local government and the election of MMDCEs devoid of political parties’ participation, the reforms should also bring changes that will ensure efficiency and effectiveness of the systems at the local governance structure.

Fortunately, the coalition is aware that the election of MMDCEs was not enough to bring the required changes at the local level.

It is, therefore, imperative that Ghanaians and key stakeholders push for the formulation of suitable policies to ensure the viability and good governance at that level.

The issue of women and physically challenged persons’ participation at the local governance level should also motivate us to find ways and means of giving such groups the leverage to get actively involved in local governance politics.

The Institute for Democratic Governance (IDEG) suggests the proportional representation system to solve the challenge of the low representation of the marginalised in politics.

With proportional representation, all groups in an electorate are reflected proportionately in the elected body.

Thus, it will depend on political parties to deliberately ensure the fielding of marginalised candidates to be elected.

When the requisite changes are done, it will inure to the benefit of the country as it will serve as fertile grounds to change the systems at the national level. It will also help address issues of accountability at both the local and national levels.