We must conserve our soil fertility 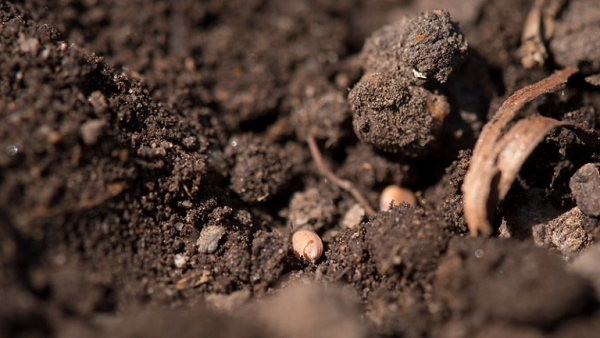 World Soil Day (WSD) was observed around the world yesterday. The day is set aside annually to focus attention on the importance of healthy soil and advocate the sustainable management of soil resources.

An international day to celebrate soil was recommended by the International Union of Soil Sciences in 2002, and in June 2013, a conference of the Food and Agriculture Organisation (FAO), under the leadership of the Kingdom of Thailand and within the framework of the Global Soil Partnership, requested its official adoption at the 68th UN General Assembly as a global awareness raising platform. In December 2013, the UN General Assembly designated December 5, 2014 as the first official WSD.

This year’s WSD was on the theme: “Soil salinisation: A threat to our global pantry”, and it followed closely last Friday’s National Farmers Day in Ghana.

The effect of salts in the soil is an issue many have not apprised themselves of but whose consequences can be very dire. We know that salts are present naturally in soils and water, and they move freely through the soil.

The Daily Graphic sees the celebration of Farmers Day in Ghana, the first Friday in December and WSD every December 5 as productive coincidence, as there can never be any agricultural activity without good and fertile soil to support food growth.

As a people and a nation, therefore, it will be appropriate to fully embrace WSD to sensitise the citizenry to the importance of good soil for the sustenance of a productive agricultural sector.

Indeed, saline soils may support rich ecosystems, but our worry is that soil salinisation breaks down our soils and reduces their ability to help food growth. The concern increases as natural processes and human activities can increase the amount of salt in the soil.

Salty soils have serious impacts on soil functions, as they reduce the ability of the soil to act as a buffer and filter against pollutants, as they do also in reducing both the ability of crops to take up water and the availability of micronutrients, while they contain ions that are toxic to plants and may degrade the soil structure.

As a matter of fact, salty soils can considerably reduce agricultural productivity, water quality and soil biodiversity and threaten food security and sustainability.

This calls for stringent actions to safeguard saline-free soils and to ensure fertility of our soils. We may not be able to control drought, but we can surely constrain human activities such as improper irrigation so that we can reduce the amount of salts in our soils.

The Daily Graphic thinks it will not be a bad idea to consciously integrate some of the activities of WSD into our Farmers Day celebration to create and increase soil awareness to help address the growing challenge of soil management before it becomes a big issue in our part of the world.

Initiatives such as the Greening Ghana project — under which 20 million trees are envisaged to be planted, with seven million already in the soil — attest to how the country takes issues of soil fertility seriously.

Afforestation is known to be one effective method to ensure healthy soil and water absorption. On this basis, therefore, we encourage the citizenry to actively take part in activities involving the Greening Ghana project to realise its objectives.

We challenge policy makers, scientists and agricultural extension officers to intensify their activities and encourage farmers to adopt environmentally friendly agronomic practices that conserve the fertility of our soil.

We also remind all that the soil requires an adequate amount of water to function properly. The many concrete surfaces, especially in residential areas, must be reconsidered with all seriousness, as they make it difficult for water to get to the soil.

It must be drummed home that all life depends on the soil, without which there will be no life. Let’s leave no stone unturned in ensuring soil fertility and conservation.