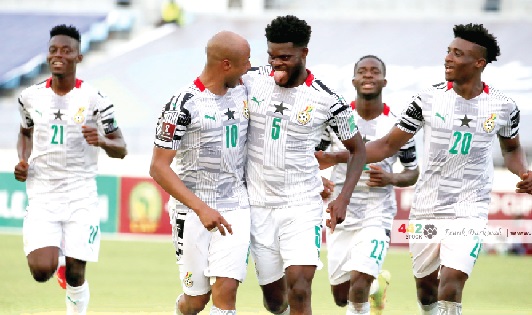 Contrary to the belief in certain circles that Ghana has come to the end of the road as far as football is concerned because the Black Stars have crashed out of the ongoing FIFA World Cup tournament in Qatar, we are only just beginning.

Many Ghanaians had given up on the team, even when we qualified for the Mundial after edging out arch rivals Nigeria, until we played our first game against Portugal’s Seleção das Quinas.

After that scintillating game, the attitude towards the team changed to one of admiration and hope. Indeed, on hindsight, many believe we could easily have carried the day if we had taken our destiny into our own hands and given the ‘Don Diego de

Azambuja’ boys a run for their money.

Officiating also did not go very well for us, while our team selection was not top notch, but no one can take it away from the boys that they played so well against Ronaldo’s team.

It was in that revived spirit that the whole nation rooted for the boys in their second game against South Korea and against all odds beat the Koreans 3:2.

It was based on the two performances that the language of despair among ardent football fans changed to that of belief in the capability of the Black Stars to qualify from the group stage to the round of 16 and beyond.

But we lost to the same Uruguayan side that prevented us from advancing to the semi-finals in 2010 and making history for Africa, with Luis Suarez handling the ball when it was goal bound.

The rest, they say, is history, but to many Ghanaians, although the team was stopped from advancing after a second painful defeat by the Uruguayans in 12 years, Karma spoke and Ghanaians were appeased because Uruguay could also not advance.

A look back at our participation in the global tournament should aid us put things right and once more give it a shot when the world assembles in USA/Canada/Mexico in 2026.

It cannot be taken away from Coach Otto Addo that he was able to assemble great and young talents, some of them not even known in Ghana, from all over the world within weeks to bolster a team that will become the youngest at the tournament.

Howbeit, to be impactful and progress steadily in such a keenly contested tournament requires more and serious hard work over a long period to get the team to click, be unstoppable and function in all departments (goal, defence, midfield and attack).

Some of the team members were playing with their mates for the first time, while most had not completely kneaded with the others to ensure that seamless and delightful play that Ghana’s football is noted for – we cannot make any meaningful impact in a world cup with such ill preparation.

The Daily Graphic believes that we can only show the world the stuff Ghana’s football is made of if we start planning right away, even before the current tournament comes to an end. There is no time to rue our loss.

Thankfully, we already have some great football talents in Mohammed Kudus, Tariq Lamptey, Mohammed Salisu, Lawrence Ati-Zigi, Daniel Amartey, Alexander Djiku, Gideon Mensah, Daniel-Kofi Kyereh, Alidu Seidu, among others, who we must keep together if we are to make any headway and fully bring back the love of football in the country.

We suggest carefully planned and regular friendly matches with clubs and national teams, so that the team bonds for major tournaments, such as the 2023 African Cup of Nations (AFCON 34) scheduled for Cote d’Ivoire in January 2024.

Whoever takes over as coach must be given a free hand to select players for every assignment and not have players imposed on him, whether they are in form or not. This practice must end if we want to go far in any competition.

Our experience in Qatar also shows that we lack a psychologist for the national team. If that is the case, we must find one immediately to work on the players’ psyche before and after every match.

Finally, teamwork, team play and team spirit must be prioritised above all, in spite of the abundance of talents, because it is a team that wins trophies.