Hurdle ahead of New NPP leadership 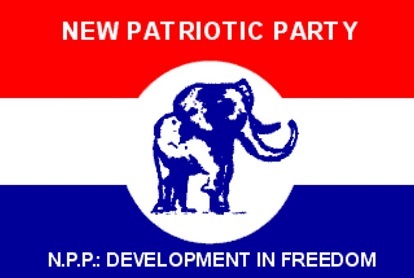 The ruling New Patriotic Party (NPP) has new national officers to steer the affairs of the party for the next four years.

The party successfully concluded its national delegates conference at dawn yesterday, during which 10 new national executive officers were elected.

As it is with every contest, drama, uncertainty, anxiety and tension characterised the run-up to the conference. It was even worse during the voting which saw some candidates pacing up and down with some in a pensive mood.

More than 300 delegates, made up of members of the Tertiary Education Students Confederacy (TESCON), the tertiary education wing of the NPP, and proxy voters, could not also take part in the elections. This huge number undoubtedly could have, for instance, tilted the election. Thankfully, the conference ended successfully and once again the NPP proved their merit in deepening the country’s democratic dispensation.

It is, however, our contention that, going forward, no political party should go into such a major election with such a challenge of disenfranchising potential delegates at the last hour. We believe that all differences and concerns of delegates or representatives of various groups must be addressed before such conferences to avoid any disturbances. That way, nobody will harbour bitterness and attempt to sabotage the process.

The issue is much more worrying with delegates who are transported from various parts of the country and even abroad and accommodated, only to be told at the last hour that they cannot take part in the voting process.

As NPP and other political parties work hard to entrench democracy in the country, their leaders must also take on board criticisms and suggestions to help their respective parties become better institutions.

One outcome worth commenting is the elevation of Stephen Ayesu Ntim as newly elected National Chairman of the NPP.

After labouring for 20 years to become the National Chairman of the party, Mr Ntim finally got the nod from more than 4,000 delegates. His perseverance is worth emulating in all facets of our lives and national development.

We entreat both winners and losers to work together in the interest of their party and mother Ghana. Losers in particular must not be disenchanted because other opportunities will come their way. After all, Mr Ntim has shown the way as he did not lose hope on the four occasions when he contested and lost the national chairmanship elections but persevered until he got the crown on his fifth attempt.

It is our hope that the Mr Ntim-led executives will bring on board all stakeholders in the party for them to work as a united team for the betterment of its members and the country as a whole.

This is particularly necessary as some 15 regional party chairmen and other party bigwigs openly declared their support for some candidates who lost. How are such chairmen and party bigwigs going to relate with the winners they had condemned? This is where the Ntim-led leadership must come to play.

For us at the Daily Graphic, we believe that people in political leadership especially must learn to work to enhance party cohesion and unity and not to do things that portend to be divisive.

We urge the new NPP leadership to find ways to resolve such differences and move on.

We want to also acknowledge the security arrangements put in place by the Ghana Police Service, as well as the set-up, for the conference. We can only commend the organisers for a good job done. The media must also be commended for staying throughout the night making sure they reported the news to Ghanaians.

Furthermore, we commend all participants for comporting themselves and abiding by the rules of engagement to ensure a successful exercise.

The Daily Graphic believes that Ghana is the winner after such successful conferences to elect new leaders for our political parties, as they go a long way to deepen our democratic governance.

We expect that the other political parties will follow suit in doing the right things so that no member of their parties will be disenfranchised.

Once again, the Daily Graphic commends the NPP for successfully organising a peaceful and incident-free conference.