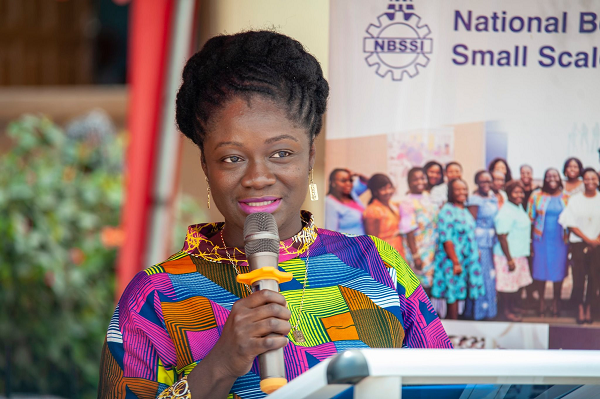 About 64,196 micro, small and medium-sized enterprises (MSMEs) have so far received their share of the special fund set up by the government to cushion small businesses from the impact of the novel coronavirus disease (COVID-19).

As of July 22, the National Board for Small-Scale Industries (NBSSI) said it had successfully disbursed some GH¢57.12 million to 64,196 successful applicants (made up of 17,526 male and 46,670 female business owners).

The beneficiaries, who were selected out of the 715,795 applications, received an average of GHȼ 889.80 under what is known as the Adom Micro Soft Loans for micro-enterprises for the GH¢1 billion Coronavirus Alleviation Programme (CAP) business support scheme.

The special fund is categorised into Anidaso and Adom special loans, with an interest rate of three per cent, payable within two years after a moratorium of one year.

Process so far
The Minister of Finance, Mr Ken Ofori-Atta, who disclosed this during the presentation of the mid-year review of the 2020 Budget and Economic Statement to Parliament in Accra last Thursday, observed that about 715,795 applications, comprising 64.2 per cent female and 35.8 per cent male applicants, had submitted requests for assistance under the scheme.

"At the close of registration, 715,795 applications, comprising 64.2 per cent female and 35.8 per cent male applicants, had submitted requests for assistance totalling GH¢7.6 billion. Micro businesses accounted for GH¢5.2 billion or 95 per cent of the loan requests," he said.

According to him, the fund was designed to specifically support micro, small and medium-sized enterprises and was launched by President Nana Addo Dankwa Akufo-Addo on May 19.

He explained that the scheme was part of the GH¢1.2 billion CAP approved by Parliament to address the disruption in economic activities due to the pandemic.

Under the scheme, he stated that the government, through the NBSSI, and in collaboration with the business and trade associations and selected commercial and rural banks, had rolled out a soft loan scheme with a one-year moratorium and two-year repayment period for MSMEs.

The minister stated that the scheme established the Adom Micro Soft Loans for micro enterprises which were being disbursed through Vodafone mobile money.

"The Anidasuo Soft Loans, targeted at small and medium enterprises, will be disbursed through participating financial institutions.

"Mr Speaker, the online registration and application for assistance was opened to the public on May 20 and closed on June 26, 2020," he said.

Through the scheme, Mr Ofori-Atta added that TIN registration in Ghana increased from approximately 110,000 a month to 815,449 from May 19 to June 30, 2020, thereby supporting the government’s agenda to formalise the informal sector.

Support to enterprises
Recognising the devastating impact of the pandemic on businesses, and in the spirit of the Ghana Beyond Aid vision, the minister explained that the government mobilised several local industries to produce and ensure adequate supply of critically needed inputs to fight the pandemic.

"Mr Speaker, as part of that programme, the government procured PPEs consisting of 50,000 hospital scrubs costing GH¢6 million, as well as 90,000 medical gowns and caps valued at GH¢6.75 million which were produced by the local textile firms.

"In addition, 15 million face masks were procured, out of which five million and 10 million were supplied to frontline health workers and schools respectively, at a cost of GH¢65 million," he said.

He noted that the government procured other critical items such as hand sanitisers, Veronica buckets, paper towels, liquid soaps from local manufacturing industries for distribution to the health and education sectors in particular.

"Various government institutions are procuring these supplies from local manufacturers," he added.