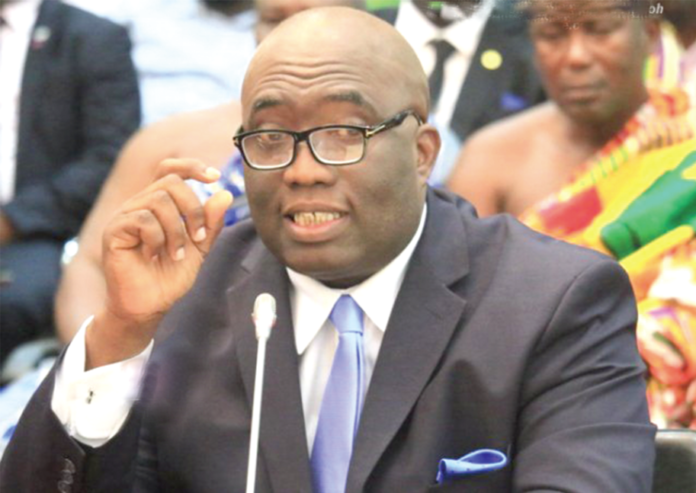 THE Ministry of Railways is developing a Ghanaian Participation Policy that aims to promote local participation in the country’s railway sector.

The programme is expected to develop Ghanaian contractors in the railway sector through capacity-building programmes and encouragement and also promote technology transfer in the sector.

This was contained in the report of Parliament’s Committee on Roads and Transport on the commercial agreement between the government and Amandi Investment Limited for an amount of €500 million for the construction of sections of the Western Railway Line on standard gauge from Takoradi Port to Huni Valley.

Officials of the ministry informed the committee that currently, some Ghanaian contractors were involved in executing earthworks for the rail line and some companies were also engaged in the manufacturing of railway sleepers for the railway projects across the country.

The committee was also informed that provisions had been made for the local people and local contractors, as well as the purchasing and usage of local materials, to boost the economy.

The commercial agreement between the Government of Ghana represented by the Ministry of Railways Development and Amandi Investment Limited for €500 million for the construction of sections of the Western Railway Line on standard gauge from Takoradi Port to Huni Valley was laid before Parliament and subsequently referred to the Committee on Roads and Transport.

The objective of the agreement and construction is to boost the transportation of minerals and bulk commodities such as manganese, bauxite, cocoa, timber, cement and petroleum products to the Port of Takoradi and other parts of the country.

It is also expected to ease congestion on the roads and reduce damage to the roads caused by heavy-duty trucks.

The project is also aimed at reducing the cost of transporting goods.

The project is expected to be completed in 42 months from the commencement date.

The structure for the contract is under a credit facility from Deutsche Bank AG.

The Committee noted that as part of the safeguard measures to cause the contractor to perform on schedule and to specifications, the contractor is required to provide an irrevocable and unconditional performance security in the form of a bond from a reputable insurance company.

This should be acceptable and duly approved by the employer for an amount equal to 10 per cent of the contract price within 28 days from the date of contract effectiveness.

Additionally, the performance security shall be valid up to 28 days beyond the defect liability period.