The Ghana Reinsurance (Ghana Re) PLC has launched its 50th anniversary in Accra to take stock of its contribution to the development of the insurance industry in the country.

The celebration will also chart a new path on how the company intends to become a world leader in the reinsurance industry by providing quality services to clients.

The Board Chairman of Ghana Reinsurance, George Otoo, at the launch of the company’s 50th anniversary celebration in Accra, said the company had chalked a huge milestone from a small beginning in 1972 and would continue to grow to serve clients across Africa and subsequently the world at large.

“We are not only marking 50 productive years but it is a golden celebration of 50 years of continued cordial, collaborations, perseverance and fruitful business operations with loyal clients.

“This a committed we would endeavour to keep to sustain the company and provide reinsurance support for the insurance industry in Ghana and the continent at large,” he said.

From a small beginning as a business unit, he said the company had grown into an independent business entity with three regional offices in Cameroon, Kenya and Morocco.

“Additionally, the company provides other related services such as training and advisory services to its clients, making it an epitome of professionalism and promotion of reinsurance worldwide,” he stated.

He said as the company celebrates 50 years of existence, it would make the right steps towards ensuring strong, profitable and sustained organisational growth the founding fathers envisaged.

He said the company would also be looking forward to more fruitful business relations for mutual growth.

The Director General at the State Interest and Governance Authority (SIGA), Amb Edward Boateng, who congratulated the company and its staff on its 50th anniversary, observed that Ghana Re would continue to be a success story as far as business was concerned.

“The success story of Ghana Re is worth a case study in all Ghanaian business schools and would urge the company to put out a documentary which would make its experience available for other businesses and upcoming entrepreneurs to learn from,” he said.

He stated that the company had not failed in paying dividend to the government annually and encouraged other state entities to emulate Ghana Re.

The Managing Director (MD) of Ghana Re, George Mensah, said the company would continue to remain resilient and expand to other markets across Africa.

He said as part of the 50th anniversary celebrations, there would be student's awards night, a night of praises and worship and other exciting activities within the year.

The launch was also used to unveil the logo for the 50th anniversary celebrations. 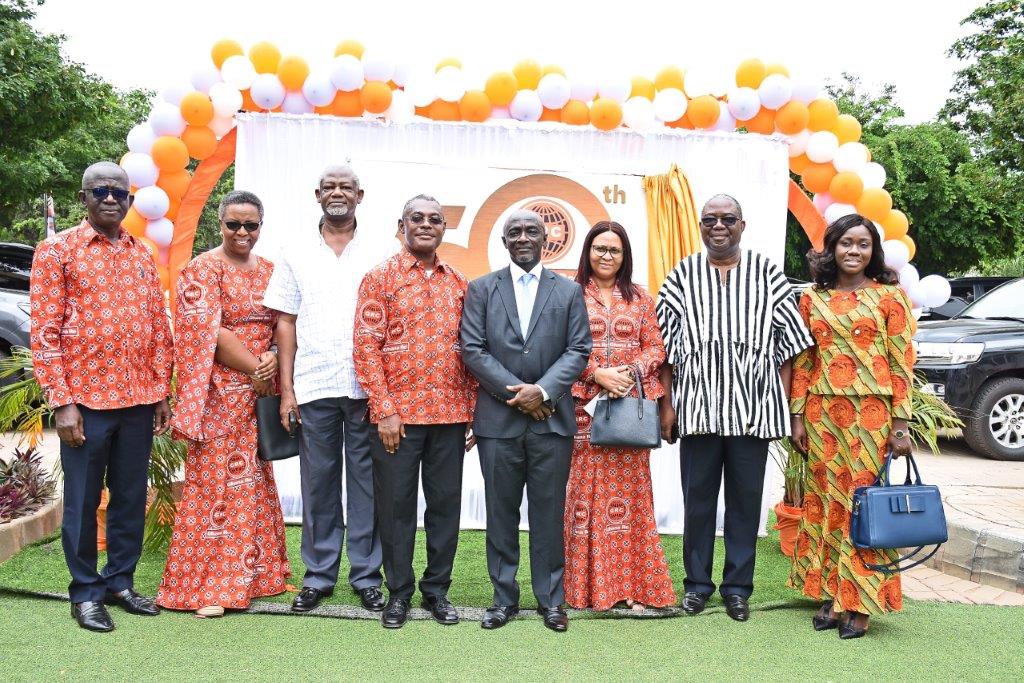